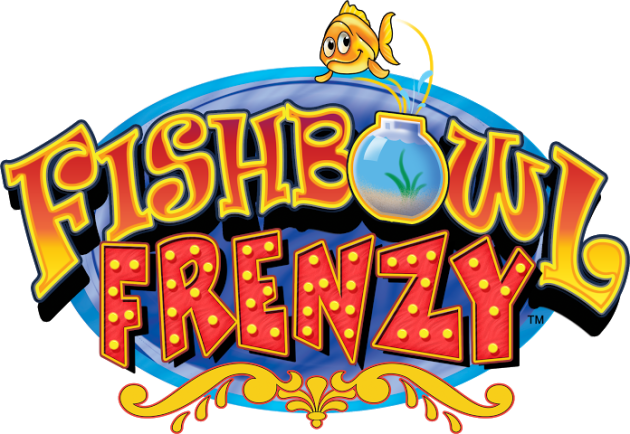 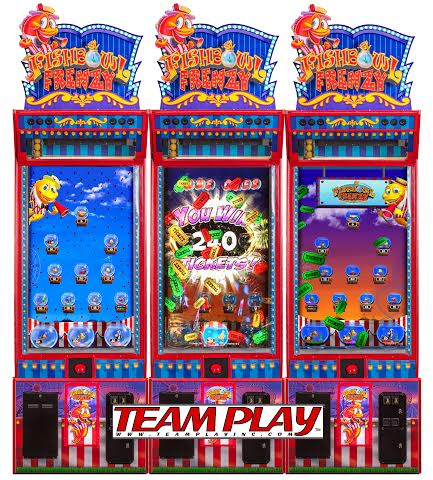 Team Play reports enormous U.S and international demand for Fishbowl Frenzy, production of which only recently started.  Pellegrini explained, “Dave & Buster’s offers an exciting entertainment destination which attracts guests of all ages.  They were kind enough to quietly test Fishbowl Frenzy prototypes at two of their Dave & Buster’s locations, long before we publicly released the game.  They were so happy with the test results that they ordered units for all of their stores before the game was even in production!”

Winning the confidence of Dave & Buster’s was a big score for Team Play’s Fishbowl Frenzy and comes on the heels of another big score:  Winning the 2014 IAAPA Brass Ring Award for Best New Coin-Op Product.

“We were thrilled that IAAPA recognized Fishbowl Frenzy with the Brass Ring Award,” said Pellegrini.  “And, we are honored that our customers believe in the product.  It is such a unique and entertaining video redemption game that it appeals to everyone.  We expected small children to like it, but we discovered that guests of all ages like to play Fishbowl Frenzy as much as the kids!”

Strictly a game of skill, Fishbowl Frenzy is visually appealing with its huge, 65” translucent LCD monitor and delightful 3D fish characters.  The game employs a unique combination of computer-generated graphics and mechanical play, unlike anything seen before in the coin‑op industry.  In developing the new augmented reality, video redemption game, Team Play combined advanced technology and adorable graphics with a carnival theme, to create a terrifically entertaining game which is easy to learn, fun to play, and appealing to everyone.

Fishbowl Frenzy challenges players to time the mechanical release of an actual ball which bounces through a field of pins into one of the fishbowls attached to the game’s 65‑inch monitor.  Where the ball splashes determines how many tickets the player wins.  The translucent screen allows players to see through the LCD screen to watch the ball drop, while charming, computer-generated 3D fish celebrate each win, excitedly spinning and jumping.

If you didn’t see Fishbowl Frenzy at IAAPA, just visit your nearest Dave & Buster’s for a chef‑crafted meal, innovative drink, and exciting Fishbowl Frenzy game play.  And, if you haven’t ordered your Fishbowl Frenzy yet, go to www.teamplayinc.com to find a Team Play distributor near you.

Joe Kleimanhttp://wwww.themedreality.com
Raised in San Diego on theme parks, zoos, and IMAX films, Joe Kleiman would expand his childhood loves into two decades as a projectionist and theater director within the giant screen industry. In addition to his work in commercial and museum operations, Joe has volunteered his time to animal husbandry at leading facilities in California and Texas and has played a leading management role for a number of performing arts companies. Joe has been News Editor and contributing author to InPark Magazine since 2011. HIs writing has also appeared in Sound & Communications, LF Examiner, Jim Hill Media, and MiceChat. His blog, ThemedReality.com takes an unconventional look at the attractions industry. Follow on twitter @ThemesRenewed Joe lives in Sacramento, California with his fiancé, two dogs, and a ghost.
Share
Facebook
Twitter
Linkedin
Email
Print
WhatsApp
Pinterest
ReddIt
Tumblr
Previous articleYas Waterworld Hosts More than Three Million in First Two Years of Operation
Next articleIAAPA Leadership Conference 2015 to Highlight Attractions of Dubai and Abu Dhabi