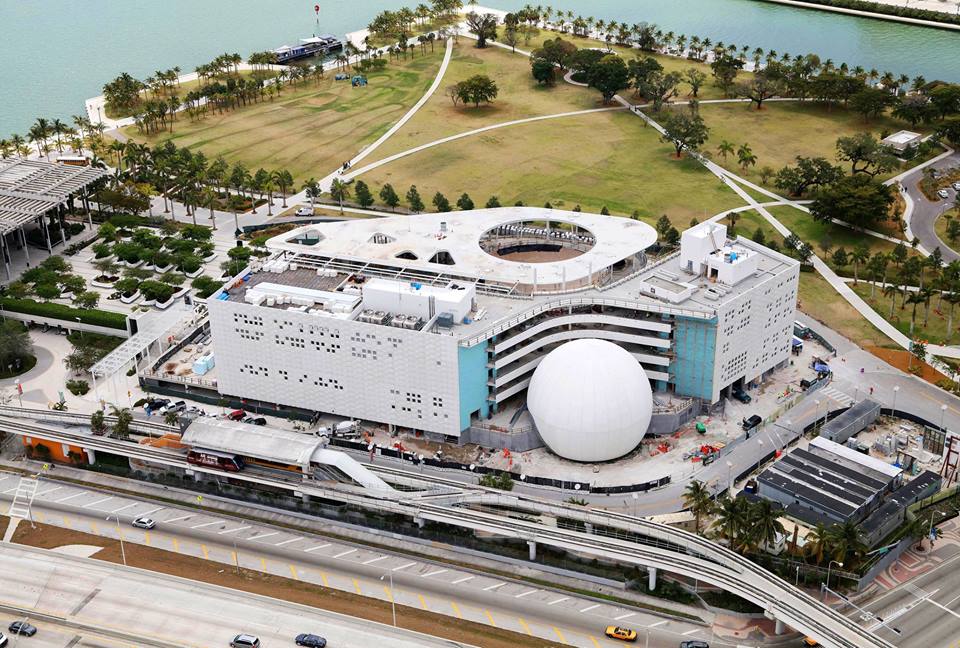 The Science Art Cinema Film Festival, presented by the Patricia and Phillip Frost Museum of Science, announced the first-ever edition will be held on April 27, 2017 at the museum’s Frost Planetarium in downtown Miami’s Museum Park. The festival is seeking submissions through February 14, 2017 for both short science and science fiction films influenced by art, as well as short art films influenced by science and science fiction. The call is open to both fiction and non-fiction efforts as well as live action and animation. The program is designed to provide emerging, mid-career, and established filmmakers with an opportunity to share their work in a unique environment. In addition, the festival is also inviting high school students in Miami-Dade County to submit their work that will be judged in a separate category.

“I grew up watching Carl Sagan’s Cosmos and movies like Close Encounters of the Third Kind while falling both for science and science fiction. Science has always been a deep well for the imaginations of filmmakers, all while technology has advanced the quality of the art of filmmaking. The Science Art Cinema Film Festival mixes science and art in a unique way and allows filmmakers the opportunity to showcase their work in an incredible environment,” said Dr. Jorge Perez-Gallego, Frost Science Curator of Astronomy and Exhibition Developer. “As the first festival of its kind in South Florida and one of the first events to be held in the new Frost Science Planetarium, this is truly a once in a lifetime opportunity.”

A 2014 winner of the South Florida Knight Arts Challenge and presented by Frost Science, Science Art Cinema is a popular event series supported by the John S. and James L. Knight Foundation. The innovative program was designed to celebrate science and art through the lens of film, specifically 16mm motion pictures along with newly commissioned films. The films are shown in unusual spaces and are then enhanced with performances, guest speakers and multimedia presentations. Now on its fourth chapter, the program’s first season is culminating in the Science Art Cinema Film Festival. The first in the series, Science Art Cinema #1: Lasers, took place in August 2015 at the museum’s now-closed Coconut Grove location and focused on the many uses of lasers, from medical technology, to holograms and light shows. Science Art Cinema #2: Fear took place in October 2015 at the de la Cruz Collection and focused on fear and how it affects the human brain. Science Art Cinema #3: Experiment at the Pérez Art Museum Miami featured a series of short experimental films by Stan Brakhage with musical entr’actes by composer and artist, Gustavo Matamoros. Science Art Cinema has been featured on Vice’s The Creators Project, Miami New Times, The Miami Herald, Sun-Sentinel and more.

Submissions rules and regulations and complete information regarding eligibility for the 2017 Science Art Cinema Film Festival are now available at frostscience.org/sacfestival. Questions regarding submissions may directed to [email protected] or by calling 305-434-9570. The festival only accepts submissions via Withoutabox’s Secure Online Screener (SOS) system; no submissions on DVDs will be accepted.

Joe Kleimanhttp://wwww.themedreality.com
Raised in San Diego on theme parks, zoos, and IMAX films, Joe Kleiman would expand his childhood loves into two decades as a projectionist and theater director within the giant screen industry. In addition to his work in commercial and museum operations, Joe has volunteered his time to animal husbandry at leading facilities in California and Texas and has played a leading management role for a number of performing arts companies. Joe has been News Editor and contributing author to InPark Magazine since 2011. HIs writing has also appeared in Sound & Communications, LF Examiner, Jim Hill Media, and MiceChat. His blog, ThemedReality.com takes an unconventional look at the attractions industry. Follow on twitter @ThemesRenewed Joe lives in Sacramento, California with his fiancé, two dogs, and a ghost.
Share
Facebook
Twitter
Linkedin
Email
Print
WhatsApp
Pinterest
ReddIt
Tumblr
Previous articleDesign Collective and Plano-Coudon Partner with National Aquarium on New Animal Care and Rescue Center
Next articleFour Countries Including United States Submit Bids to BIE to Hold Specialised Expo in 2022 or 2023