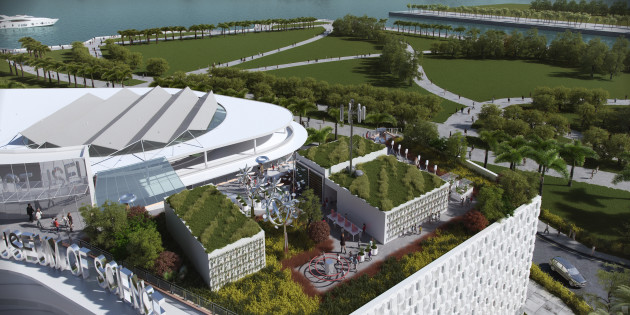 [quote]Frost Science, as a cornerstone of an expanding performing arts/museum complex in downtown Miami, is an example of rethinking what a museum space should entail and developing new exhibits for that space based around its strengths.”[/quote]

[dropcap color=”#888″ type=”square”]F[/dropcap]rom 1976 to 2010, Jack Horkheimer, Executive Director of the Miami Space Transit Planetarium, gained national renown by taking PBS viewers on televised tours of the night sky. Six years after his death, the successor to his planetarium is set to take visitors not only to the stars, but inside the mind as well.

The new Frost Planetarium, featuring cutting edge, high resolution (8K, a super-high pixel count) digital dome cinema (“fulldome”) will be a focal point of the $305 million Patricia and Phillip Frost Museum of Science. The museum chose the system for its visual quality and its programming flexibility. (At press time, the museum had not yet announced the name of the system provider.) The “Frost Science” facility is the new incarnation of the former Miami Museum of Science, which housed the former planetarium. Its projected opening is late 2016, in downtown Miami’s Museum Park, formerly Bicentennial Park.

In earlier days, Frost Science President & CEO Gillian Thomas was a planetarium operator at Paris’ Cité des Sciences et de l’Industrie. “I was one of two people programming the planetarium. I felt very privileged and I want others to experience that feeling,” she said. As part of its mission, the new planetarium will feature multimedia programming lessons to the public. There will be other unique experiences beyond traditional planetarium programming. For example, Thomas envisions the New World Symphony playing outside the museum in Museum Park while the live performance is streamed into the planetarium with brainwaves projected onto the screen, showing viewers how the brain reacts to musical composition.

Frost Science, as a cornerstone of an expanding performing arts/museum complex in downtown Miami, is an example of rethinking what a museum space should entail and developing new exhibits for that space based around its strengths.

For more than 50 years, the Miami Museum of Science stood in a small enclave at the rear of the Villa Vizcaya estate, the 1915 home of businessman James Deering. Over the years, there were plans to expand on the Vizcaya property, but they never came to fruition. Things started to change around 2003. The Board knew that museums perform much better when part of a cultural center, and the Miami-Dade government was looking to reinvigorate the Museum Park area with arts and culture development. The Miami Art Museum (now the Perez Art Museum Miami) agreed to build a new facility at the location. The Miami Science Museum would as well.

“I joined the museum in 2003,” says Thomas. “There were two things in place to do at the time – to secure the land in Museum Park and to obtain a general obligation bond, which we did in 2004. We received funding from the state for a feasibility study which showed how we will drive the economic region of the surrounding area.”

Among the many new exhibits at Frost Science is the Living CoreAquarium with a 500,000-gallon central tank. “We always had popular marine science programs with good links to University of Miami and Florida International University,” said Thomas. “When we were looking at how to develop a new science museum, we evaluated our strengths, and we wanted to develop something specific for the South Florida region. Because of our demographic, it was important to move from a program to an aquarium. One floor of the aquarium is the introduction; the floor below simulates a dive. We’ve been developing flexible “furniture” for the aquariums so we can easily change out fish and content. The third floor is called The Deep. This aquarium simulates being deep underwater and you will not be able to see the walls. Our aquarium experience is also tied into science and physics components.”

To design the Living Core, museum staff and Thinc design explored San Francisco’s California Academy of Sciences for its integration of a major aquarium into a science museum, as well as other aquariums, including Monterey Bay. They worked closely on the aquarium concept with Grimshaw Architects, design architect on the new building. Lyons/Zaremba designed and Jeff Kennedy Associates fabricated the underwater environments. This floor will also feature a 90-foot interactive digital wall for exploring South Florida marine animals not in the museum’s collection, such as whales and dolphins. Using a concept from Design I/O, South Africa’s Formula D designed the interactive media wall of The Deep level, along with another interactive media installation in a children’s gallery.

Exhibits throughout the museum adhere to one of three key themes: People, Planet, and Prosperity. Global themes of water, light, energy, and time, will also be found throughout the galleries.

The Baptist Health People & Science Gallery will concentrate on health and education. “We all make decisions in life that impact how our lives turn out,” said Thomas. “This gallery will concentrate on choices we make in eating, relaxing, learning, exercising, and connecting.” The People & Science Gallery, designed by Ralph Appelbaum Associates, will double as an exhibit area and a socializing space. Among its social components will be a stage where museum visitors are encouraged to exercise.

The Feathers to the Stars exhibit designed by Casson Mann, will tell the story of flight from the dinosaurs to the Space Age, with a special emphasis on South Florida aviation. A key exhibit will include both interactive horizontal and vertical wind tunnels. Frost Science is continuing its longstanding relationship as a Smithsonian Associate and will be obtaining artifacts from the Smithsonian for inclusion in this exhibit.

Another key exhibition area is the Innovation Center. According to Thomas, this area will explore the “process of science and research, and place you in it. It will feature visiting scientists, mobile links, and concentrate on the challenges of South Florida. The Innovation Center will link to the jobs of the future.”

10,000 square feet are set aside for traveling exhibits and the museum plans free events throughout the year both inside individual galleries, outside in Museum Park and Knight Plaza, and within public areas of the building. 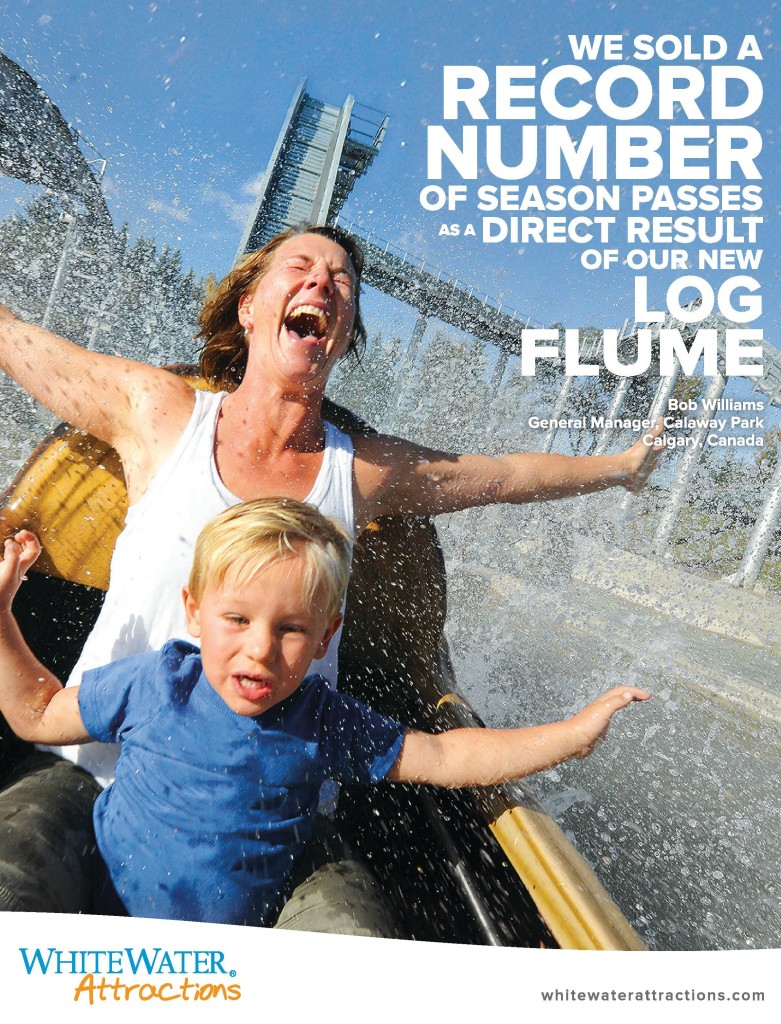 Plans are in the works to expand the museum to Florida International University’s north campus. In addition to housing classrooms which can be used to educate both students and teachers, the museum’s raptor center will relocate to this facility under its new name of the Batchelor Environmental Center.

There is also space for expanding the main museum in Museum Park by either building its four towers taller or expanding out into the wetlands.

For its first year, the museum anticipates 725,000 visitors. Approximately 100,000 will be students, with the remainder split between tourists and locals.

Jack Horkheimer would end his shows by telling his viewers to “Keep Looking Up.” With its rooftop Sun and Moon Gardens, visitors to Frost Science will be able to look up into the night sky. At The Deep level of the Living Core Aquarium, they’ll look up into the ocean from below and see sharks swimming overhead. In the Frost Planetarium, they’ll look up at the highest resolution images in Miami. And with the museum’s emphasis on the visitor, their lives are likely to look up as well. • • •

Joe Kleimanhttp://wwww.themedreality.com
Raised in San Diego on theme parks, zoos, and IMAX films, InPark's Senior Correspondent Joe Kleiman would expand his childhood loves into two decades as a projectionist and theater director within the giant screen industry. In addition to his work in commercial and museum operations, Joe has volunteered his time to animal husbandry at leading facilities in California and Texas and has played a leading management role for a number of performing arts companies. Joe previously served as News Editor and has remained a contributing author to InPark Magazine since 2011. HIs writing has also appeared in Sound & Communications, LF Examiner, Jim Hill Media, The Planetarian, Behind the Thrills, and MiceChat His blog, ThemedReality.com takes an unconventional look at the attractions industry. Follow on twitter @ThemesRenewed Joe lives in Sacramento, California with his wife, dog, and a ghost.
Share
Facebook
Twitter
Linkedin
Email
Print
WhatsApp
Pinterest
ReddIt
Tumblr
Previous articleWorld’s Fair Update
Next articleBeyond the Arena