GSCA to Host One Day Event at 8K Digital Dome in Richmond, VA 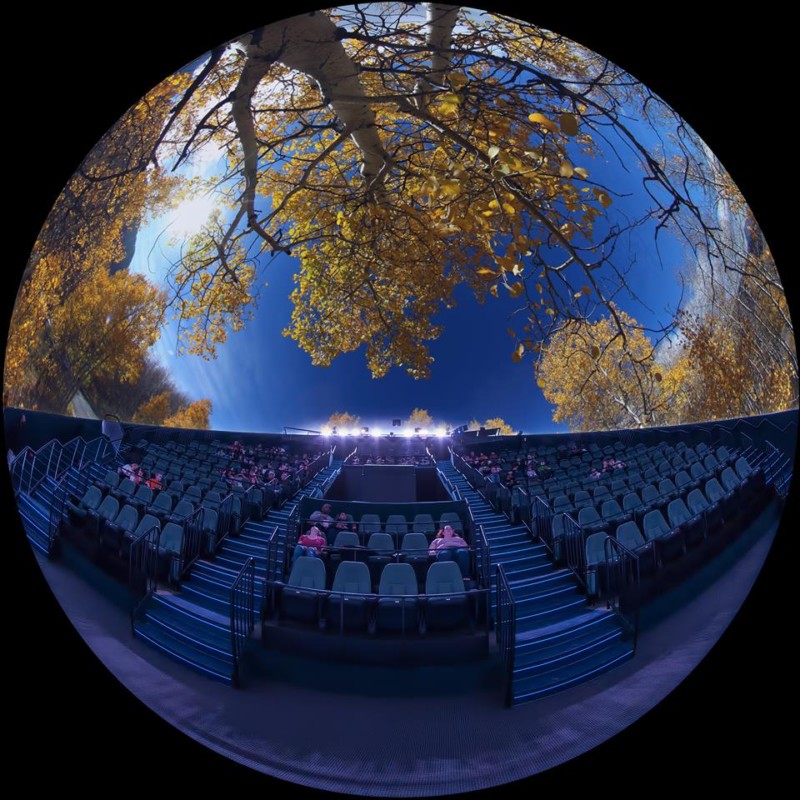 Holly Springs, NC, USA (July 15, 2014) — GSCA is pleased to announce it will be hosting a one-day event at the newly re-opened “8K” digital dome theater at the Science Museum of Virginia in Richmond, Virginia. This event will feature technical sessions, demonstrations, guest speakers, and discussions surrounding content supply and business practices.It will be held Wednesday, October 22, immediately following ASTC, which is being held in Raleigh, North Carolina, a three-hour drive from Richmond. There will be a charter bus service leaving Raleigh on Tuesday, October 21, at approximately 7:00 pm.The Science Museum of Virginia has added a high-brightness, high-resolution digital projection system to its existing 15/70 film system. This new digital system uses five 4K projectors tiled and blended across the dome to create an ultra-high resolution image that the fulldome industry has been calling “8K,” even though the actual number of unique pixels projected on the dome is closer to 6200 x 6200. The system’s measured brightness and apparent resolution reportedly rival the brightness of the 15/70 projector.The Evans & Sutherland system features five Christie 4K 3D projectors, each at 25,000 lumens; auto alignment and auto blending technology; and a Digistar 5 system that can play back prerendered movies and present real-time content on their 23-meter dome, which has been freshly repaneled with a Spitz NanoSeam surface.While there are other 8K digital dome systems, this is the first digital fulldome installation on a tilted, truncated, giant dome with brightness and resolution that equals or exceeds 15/70 film. The system is also capable of active stereo 3D across the dome, which will be demonstrated at the event.

Joe Kleimanhttp://wwww.themedreality.com
Raised in San Diego on theme parks, zoos, and IMAX films, Joe Kleiman would expand his childhood loves into two decades as a projectionist and theater director within the giant screen industry. In addition to his work in commercial and museum operations, Joe has volunteered his time to animal husbandry at leading facilities in California and Texas and has played a leading management role for a number of performing arts companies. Joe has been News Editor and contributing author to InPark Magazine since 2011. HIs writing has also appeared in Sound & Communications, LF Examiner, Jim Hill Media, and MiceChat. His blog, ThemedReality.com takes an unconventional look at the attractions industry. Follow on twitter @ThemesRenewed Joe lives in Sacramento, California with his fiancé, two dogs, and a ghost.
Share
Facebook
Twitter
Linkedin
Email
Print
WhatsApp
Pinterest
ReddIt
Tumblr
Previous articlePGAV Destinations Promotes Jim Wible to Director of Attraction Development
Next articleSeaWorld’s Discovery Cove Chosen as Best Amusement Park in the World by TripAdvisor Readers