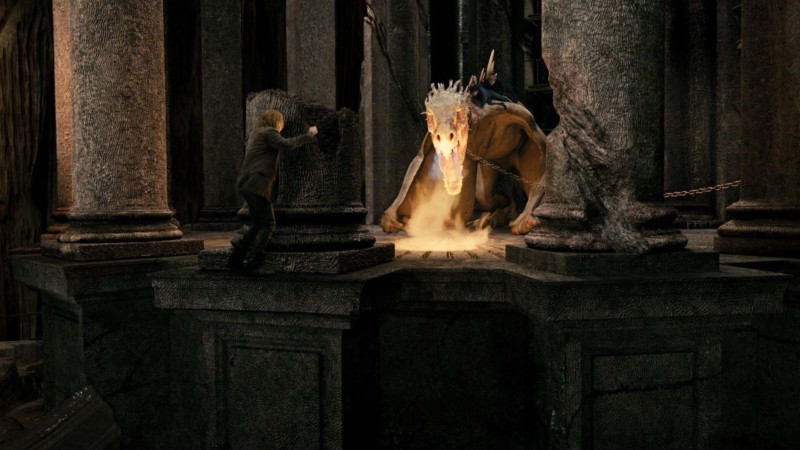 [quote]Harry Potter and the Escape from Gringotts will change the way you think about theme park attractions.” — Mark Woodbury, president of Universal Creative[/quote]

Orlando, FL, USA (May 13, 2014) — Today, Universal Orlando Resort revealed details about Harry Potter and the Escape from Gringotts – the revolutionary attraction found in the heart of The Wizarding World of Harry Potter – Diagon Alley. The Grand Opening date for the spectacularly themed environment will be announced at a later date.

Imagine being part of the iconic moment from the Harry Potter film series where Harry, Ron and Hermione break into one of the most guarded places in the wizarding world – Gringotts bank – to retrieve a magical object that will help defeat Lord Voldemort. You’ve seen the action on-screen, and now you get to be part of it.

Universal’s creative team worked hand-in-hand with Stuart Craig and his production team from the Harry Potter films to immerse guests in this pivotal scene from the final Harry Potter book and film.

During an action-packed, fully-immersive journey on Harry Potter and the Escape from Gringotts, you will:

• Race through a labyrinth of underground Gringotts vaults

• Encounter the villainous Death Eater, Bellatrix Lestrange, as she attempts to send you to your doom

• Come face to face with He Who Must Not Be Named 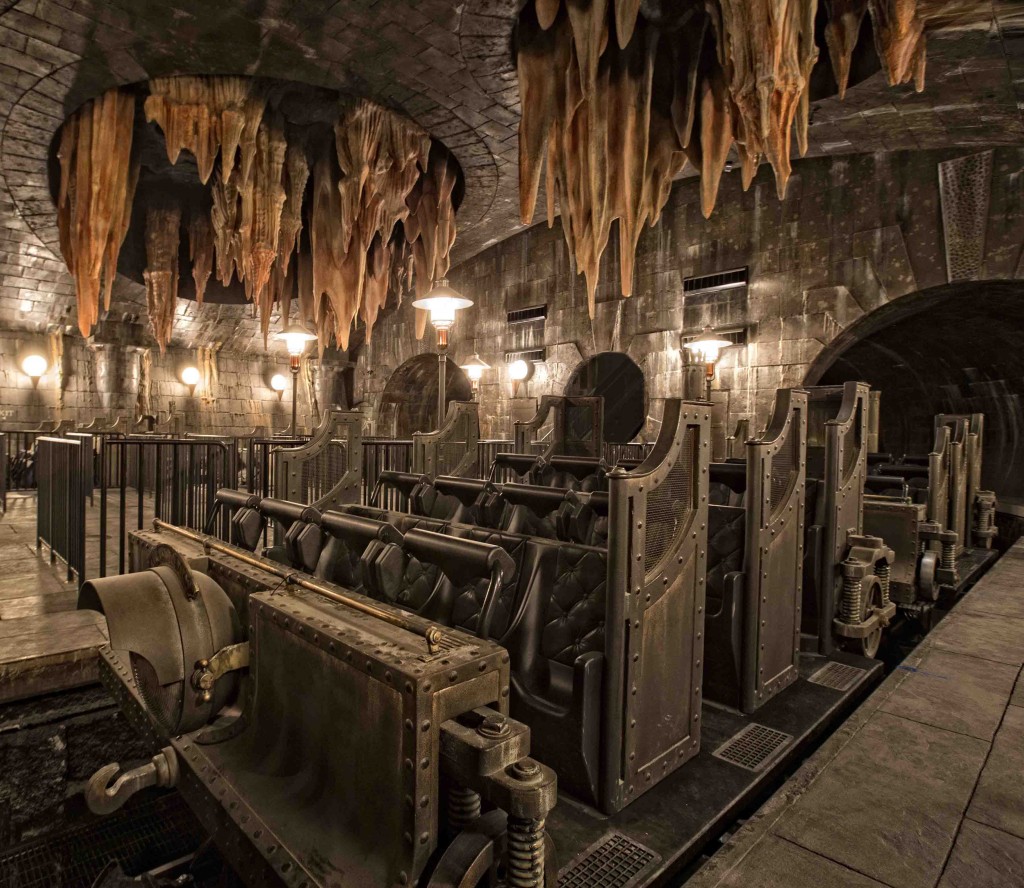 “We’ve created an entirely new type of ride that propels guests into the story like never before, and guests will remember it long after their visit to Diagon Alley,” said Mark Woodbury, president of Universal Creative.

Joe Kleimanhttp://wwww.themedreality.com
Raised in San Diego on theme parks, zoos, and IMAX films, InPark's Senior Correspondent Joe Kleiman would expand his childhood loves into two decades as a projectionist and theater director within the giant screen industry. In addition to his work in commercial and museum operations, Joe has volunteered his time to animal husbandry at leading facilities in California and Texas and has played a leading management role for a number of performing arts companies. Joe previously served as News Editor and has remained a contributing author to InPark Magazine since 2011. HIs writing has also appeared in Sound & Communications, LF Examiner, Jim Hill Media, The Planetarian, Behind the Thrills, and MiceChat His blog, ThemedReality.com takes an unconventional look at the attractions industry. Follow on twitter @ThemesRenewed Joe lives in Sacramento, California with his wife, dog, and a ghost.
Share
Facebook
Twitter
Linkedin
Email
Print
WhatsApp
Pinterest
ReddIt
Tumblr
Previous articleCorruption and Bribery Arrests Lead to Oversight Changes at Milan EXPO 2015
Next articleMorey’s Adventure Pier Brings Eclectic Atmosphere to Jersey Shore