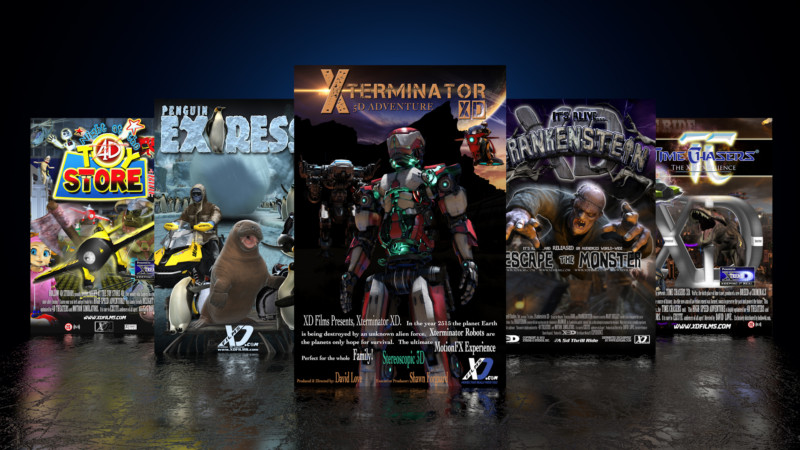 “Right out of high school, I started working at Disney Studios in Burbank,” said David Love of Hollow Studios. “I grew up on the Disney lot where my Dad, James Arthur Love, was a film editor.” (The elder Love passed away in 2007.) One of David’s earliest memories is of Walt Disney in 1963. “I was four years old and we were dropping off my Dad off at work,” he said. “As we pulled into the main gate parking area Walt Disney himself happened to be walking by our car. He paused to say hello to my Dad, then leaned into the car and said, ‘Hello, young man.’’’ 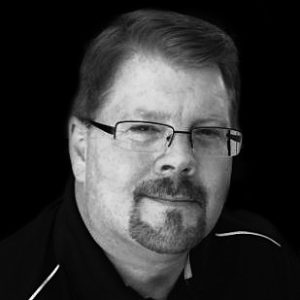 Through his father’s work at Disney Studios, and later as an employee working his way up, the young man absorbed the art and business of filmmaking and attractions. He was exposed to the day-to-day process of shooting, directing and producing. One project he recalls vividly through going to work with his father during a summer break from school. “He was directing behind-the-scenes of the original Pete’s Dragon” [the beloved 1977 Walt Disney Productions original starring Helen Reddy; a new version was released in 2016]. “My Dad’s work at Disney Studios, and later on, his stories of work on special projects for the 1964 New York World’s Fair and the early days of Epcot, were what hooked me,” said David.

Starting in the mail room

David Love’s own professional journey to becoming a media producer began in the Disney mail room. “That’s where I spent my first year. I remember delivering mail to Ron Miller’s office.” From there, he moved into film shipping, which sent him to all the old film vaults around the lot to retrieve reels. He started in production doing film lighting and 30 years later is still active in the Set Lighting Technician Union.

David never went to film school – he was too busy learning in the field. “I like to say I went to the University of Walt Disney Studios.” He founded Hollow Studios in 2008, one of many independent ventures. “I always had my own production company on the side, and it was always busy.”

During his time at Disney, where he continued on and off from 1985 to the early 1990s, in addition to other jobs open to him as a union member, David had the opportunity to learn production on the job through experience and observation. From lighting technician, he worked his way up to gaffer (the head of the lighting crew, who works directly under the cinematographer). He was exposed to the work of such colleagues as director Arthur Hiller (“Outrageous Fortune,” 1987 – “it was interesting to watch him work with actors; how he composed scenes”); and cinematographer Dean Cundy (“Big Business,” 1988 “my first real exposure to motion control camera work, green screen and a few pioneers from ILM”). 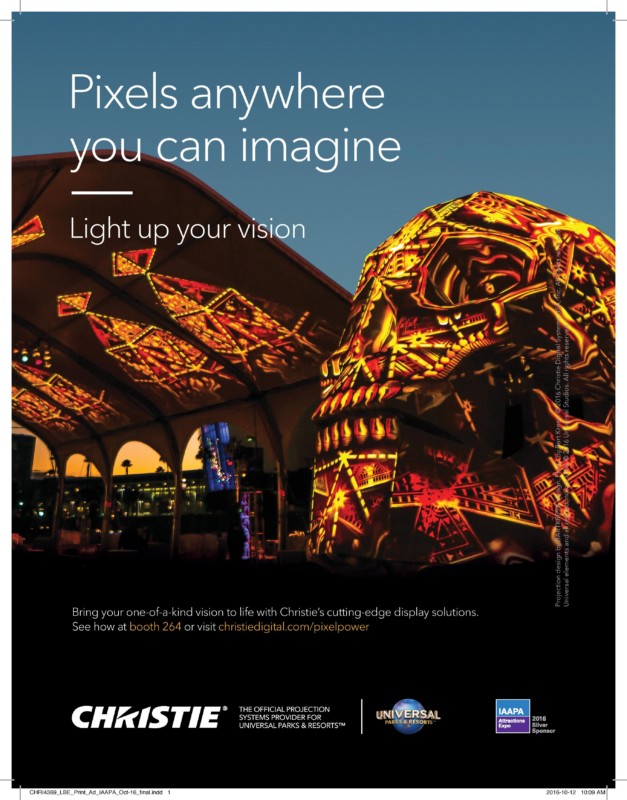 He was exposed to visual effects work in addition to live action, and dove into CGI work in the early days of desktop computer production. “I got heavily involved in production using The Video Toaster, and learned to do CG animation and editing,” he said. “It was great training for me. I was there during the launch of the digital video age.”

David was also there for the launch of 4D attractions. He was a set lighting technician for MuppetVision 3D, working with cinematographers Peter Anderson (one of the great 3D pioneers) and Isidore Mankofsky; Jim Henson was director.

David had become enamored with ride films since experiencing Star Tours in 1987 and formed a long term ambition to create them. “The first CGI ride films were very expensive and only the big operators could finance them, but I kept my eye on it while I was doing other projects.” In 2008, as Hollow Studios (first iteration, Hollow 4D Studios) he had become well versed in 3D animation as well as live action 3D, and the company rolled out an original media-based turn-key attraction at the IAAPA Attractions Expo, where the company received IAAPA’s First Place, Best Exhibit 600-1000 Sq. Ft. award. They built a library of six films over the next several years, licensed to several companies including SimEx-Iwerks.

Hollow Studios is currently engaged on a dome theater production under contract to Visioneering, creating two films for a destination theater in San Diego set to open in 2019. Giant screen cinema veteran Sean Phillips is on his team. The company is also creating an animated film for a venue in China (under contract to a European motion seat manufacturer) and has become active in Virtual Reality (VR) and Augmented Reality (AR) production as well. For Cedar Fair, Hollow Studios produced the 2016 haunted experience FEARVR.

David Love’s career embodies his dedication and flexibility. “I am committed to never losing sight of imagination, while at the same time staying on top of the constantly emerging technology that can help us to tell amazing stories for any media platform.” • • •

David will be attending the 2016 IAAPA Attractions Expo in Orlando and looking for his next production adventure. He can bereached at cell: 805-341-8819 or email [email protected]

Judith Rubin
Judith Rubin ([email protected]) is a leading journalist, publicist, strategist, blogger, content marketing specialist and connector in the international attractions industry. She excels at writing about all aspects of design and technical design, production and project management. Areas of special interest include AV integration and show control, lighting design and acoustics, specialty cinema, digital video and world’s fairs. Judith has ties to numerous industry organizations. From 2005-2020 she ran communications, publications and social media for the Themed Entertainment Association (TEA). In 2013, she was honored with the TEA Service Award. She was development director of IMERSA, and co-chair of the 2014 IMERSA Summit. She was publicist for the Large Format Cinema Association in the 1990s, now part of the Giant Screen Cinema Association (GSCA) and has also contributed to the publications of PLASA, IAAPA and the International Planetarium Society. Already making her mark as a magazine and book editor, Judith joined World’s Fair magazine in 1987, which introduced her to the attractions industry. Launching as a freelancer in the mid 1990s she has contributed to dozens of publications and media outlets including Funworld, Lighting&Sound America, Sound & Communications, Urban Land, The Raconteur and The Planetarian. She joined InPark in 2010. Judith earned a Bachelor of Fine Arts from Pratt Institute. She has lived in New York City and the San Francisco Bay Area, and now makes her home in Saint Louis, where she is active in the local arts and theater community.
Share
Facebook
Twitter
Linkedin
Email
Print
WhatsApp
Pinterest
ReddIt
Tumblr
Previous articleDYNAMIC ATTRACTIONS: Show. Ride. Integration.
Next articleJBA+LUCE: Lighting the Way