Historic Sahara Hotel to Be Transformed into SLS Las Vegas 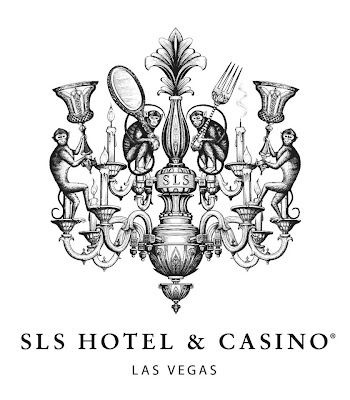 Las Vegas, NV, USA  May 1, 2012 /PRNewswire/ — sbe, an industry-leading hospitality, lifestyle and real estate development company, and Stockbridge Capital Group, LLC, a real estate investment firm, today announced that they have secured $300 million in new funding for the redevelopment of the Sahara Hotel & Casino into the highly anticipated SLS Las Vegas. The news of the funding marks a major milestone for Las Vegas and the north end of the Strip, signaling renewed economic growth for the community and the hospitality and gaming industries.

J.P. Morgan Securities LLC raised the funds in less than two weeks, underscoring investor confidence in the project and in sbe’s track record of operating successful hotel, restaurant and nightlife brands. The redevelopment is anticipated to create thousands of local jobs beginning in the next two years.

“We see the northern end of the Strip as the future of Las Vegas, and we’re pleased to be positioned at the forefront of that growth,” said sbe Founder, Chairman and CEO Sam Nazarian. “Las Vegas has recovered steadily in the past year, and we’re excited to be able to inject capital back into the local economy through the adaptive reuse of the famed Sahara.”

”This is yet another positive step for the SLS Las Vegas development,” said Terry Fancher, Executive Managing Director of Stockbridge Capital Group. “This project brings a new energy level to the north end of the Strip and will help drive the continuing economic rebound in Las Vegas.”

“Las Vegas is the premier tourist destination in the world and our hotels and accommodations are like no other. The redevelopment of the iconic Sahara hotel will continue this tradition and bring new life to the north end of the Strip,” added U.S. Senator Harry Reid. “I thank Sam for his work on this important project that will create thousands of jobs and help Nevada’s economy.”

“Today’s news will make an immediate and positive impact in Las Vegas, infusing hundreds of millions of dollars into our economy and creating thousands of jobs,” Nevada Governor Brian Sandoval said. “I commend Sam and his partners for their confidence in our state and I wish him and his team success as they redevelop this property.”

The SLS Las Vegas will be created in a high style collaboration between Nazarian, renowned design icon Philippe Starck and James Beard award-winning chef Jose Andres. The property will be Starck’s first Las Vegas resort and his largest hospitality project to date. Once complete, SLS Las Vegas will feature an all-encompassing, mixed-use resort and casino with more than 1,600 guest rooms and suites and a collection of sbe’s acclaimed restaurant and nightlife brands.

“Ultimately, we’re taking our proven brands and re-imagining them for SLS Las Vegas in a manner that makes them accessible to a broad audience,” added Nazarian.

In addition to the funding, sbe named hospitality and gaming industry veteran Rob Oseland as President and Chief Operating Officer of SLS Las Vegas. Oseland was formally with Wynn Resorts. In his new role, he will work in conjunction with Nazarian and sbe to develop and launch SLS Las Vegas.

“Rob brings more than two decades of development, gaming and marketing expertise at the highest level to SLS Las Vegas,” Nazarian said. “His leadership and talents have made Rob a valued member of the Vegas community, and his contributions to sbe will be instrumental to our success.”

“I’m thrilled to be working with sbe to usher in the next era in Vegas,” said Oseland. “Together, we’re developing SLS Las Vegas as an integrated resort and gaming destination that will re-energize the north end of the Strip.”

Oseland’s hiring comes on the heels of the Clark County Commission’s recent permit approval of redevelopment plans for the property. sbe enlisted Gensler Architects, an award-winning global architecture firm, and Las Vegas-based PENTA Building Group to assist in the redevelopment of the property.

In recent years, the influx of ultra-luxury brands to the Strip began to limit the general consumer’s accessibility to dining and entertainment diversions. With this in mind, sbe will create a guest experience at the SLS Las Vegas that is just as accessible as it is appealing.

“We’re seeing demand for a different experience – a refreshing, fun and accessible take on Vegas luxury – and the hospitality brands that we’ve developed over the years lend themselves very well to the classic timelessness that Vegas has always been known for,” said Nazarian. “With SLS Las Vegas, we’re bringing those brands to the Strip and creating a refreshing new experience that’s designed for everyone.”

Once complete, SLS Las Vegas will feature an imaginative mix of sbe brands, including The Bazaar by Jose Andres, Katsuya by Starck, a reinvention of sbe’s original nightlife concept, Shelter and new brands currently in development.

With a thriving hospitality footprint in Los Angeles and beyond, sbe has been able to harness the global appeal of Southern California and Hollywood to help fuel its rapid growth and critical acclaim.

In the past 18 months, sbe has launched a widely popular new hotel brand in Hollywood, The Redbury, opened two of Los Angeles’ top rated new restaurants, Cleo and Mercato di Vetro, and has expanded the Katsuya brand nationwide to Houston, San Diego, Orange County and Miami. In the nightlife world, sbe has launched The Sayers Club and Greystone Manor, which have become Hollywood’s most exclusive destinations, as well as announcing a partnership with the Miami Heat to open Hyde AmericanAirlines Arena later this year. Crowning the recent surge in growth is SLS Hotel South Beach, set to open in the coming weeks.

“The sbe platform has allowed us to create a new vocabulary in lifestyle hospitality, with a seamless integration of hotel, restaurant, nightlife and entertainment through one voice,” added Nazarian. “With Los Angeles being Vegas’ number one feeder market, we’re anticipating SLS Las Vegas will resonate powerfully with a clientele already familiar with our brands and uncompromising level of service.”

ABOUT SBE:
Founded in 2002, Los Angeles-based sbe brings exquisite balance to the worlds of hospitality, real estate development and entertainment. As a privately-held company founded and helmed by Chairman and CEO Sam Nazarian, sbe acquires, develops and manages exceptional projects through its divisions – Hotels, Restaurants, Nightlife and Real Estate. With a mission to redefine the standards of excellence in hospitality, sbe has harnessed the creativity and innovation of the best minds in the business, including design visionary Philippe Starck, with whom the company has an exclusive agreement for the creation of hotels, restaurants and lounges in North America. As the cornerstone of its synergistic approach, sbe has also completely rethought and reimagined the luxury hotel experience. sbe debuted its luxury hotel brand, SLS Hotels, with the Fall 2008 opening of SLS Hotel at Beverly Hills, which has won international acclaim and numerous awards. In May 2012, sbe will unveil the SLS Hotel South Beach in Miami. In 2010, sbe launched its second hotel brand, The Redbury, located in the heart of Hollywood. Also in the sbe Hotel collection is the Four Points by Sheraton LAX. sbe’s Restaurant and Nightlife Groups constantly stay ahead of the curve, creating and expanding trend-setting concepts, which currently include 8 Katsuya locations (Hollywood, Brentwood, Downtown at L.A. LIVE, Glendale, Laguna Beach, Houston, San Diego and Miami), The Bazaar by Jose Andres in Beverly Hills and Miami, Cleo, Gladstones, Papaya King, Mercato di Vetro, 6 Hyde Lounge locations (Sunset, STAPLES Center, Mammoth Mountain, Miami, Bellagio Hotel & Casino and AmericanAirlines Arena in Miami), The Abbey Food & Bar, Greystone Manor, The Colony, MyHouse, MyStudio, Eden, Crimson, East and The Sayers Club. Recently, sbe established a strategic marketing partnership with MGM Resorts International, which unites MGM’s M Life and sbe’s PREFERRED PARTNER programs. In December 2010, Colony Capital, led by Founder, Chairman and CEO Thomas J. Barrack Jr., partnered with sbe through a minority investment focused on the national and international expansion of sbe’s award-winning hospitality platform. In July 2011, sbe invested in Umami Burger, named “Burger of the Year” by GQ magazine, to fuel the burger brand’s national expansion.
ABOUT STOCKBRIDGE CAPITAL GROUP
Stockbridge Capital Group, LLC (together with its affiliates, “Stockbridge”) is a real estate investment management firm which had approximately $4.5 billion in real estate and real estate-related assets under management as of December 31, 2011. Stockbridge’s investment portfolio comprises more than 30 million square feet of existing office, industrial, retail, hospitality and residential properties throughout the United States. In addition to real estate ownership, Stockbridge also specializes in large-scale development and redevelopment projects.

Joe Kleimanhttp://wwww.themedreality.com
Raised in San Diego on theme parks, zoos, and IMAX films, InPark's Senior Correspondent Joe Kleiman would expand his childhood loves into two decades as a projectionist and theater director within the giant screen industry. In addition to his work in commercial and museum operations, Joe has volunteered his time to animal husbandry at leading facilities in California and Texas and has played a leading management role for a number of performing arts companies. Joe previously served as News Editor and has remained a contributing author to InPark Magazine since 2011. HIs writing has also appeared in Sound & Communications, LF Examiner, Jim Hill Media, The Planetarian, Behind the Thrills, and MiceChat His blog, ThemedReality.com takes an unconventional look at the attractions industry. Follow on twitter @ThemesRenewed Joe lives in Sacramento, California with his wife, dog, and a ghost.
Share
Facebook
Twitter
Linkedin
Email
Print
WhatsApp
Pinterest
ReddIt
Tumblr
Previous articleFinal Four Contenders From NBC’s The Voice to Perform at Universal CityWalk’s New Five Towers Stage
Next articleEdgeWalk Opens For Second Season of Thrills On Outside of CN Tower Roof