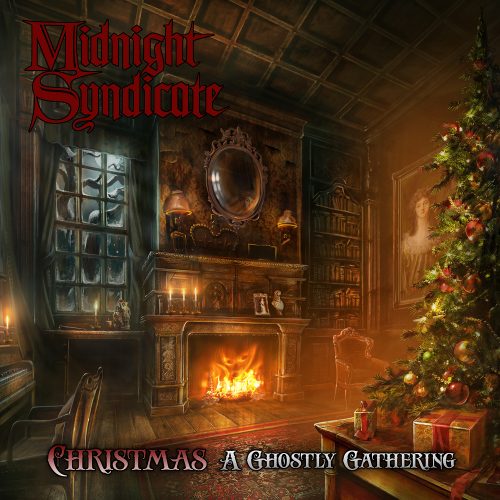 For almost two decades, composers Edward Douglas and Gavin Goszka have been known as Midnight Syndicate, creating musical compositions perfectly suited for haunted attractions. In the spirit of the holidays, InPark recently listened to Midnight Syndicate’s most unusual album, Christmas: A Ghostly Gathering, and caught up with Edward Douglas to find out more about the music. 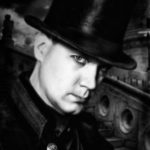 InPark Magazine: When was the album released?

Edward Douglas: We released the album in November of 2015. In the year since, it’s continuously been one of our best-sellers which has been wonderful. After 20 years of doing Midnight Syndicate, I can honestly say it is one of my favorite albums we’ve ever created.

IPM: What inspired you to create a Christmas album?

ED: A haunting Christmas album with a Midnight Syndicate twist is something we’ve wanted to do for years. Now seemed like the perfect time to do it. The traditions of Christmas as celebrated around the world are seeped in the supernatural and in folk tales passed down from generation to generation. Those stories and traditions were a tremendous source of inspiration for the music on this album. Additionally, the haunting quality to some of the older carols lent themselves well to what we wanted to do. It was extremely important to both Gavin and myself that we be very respectful of the music and the traditions of holidays. I like to think of this album as hauntingly beautiful as opposed to very dark. We have some fun taking a few uptempo tracks down a creepier path but it’s all done carefully so as not to go too far. I think that is one of the reasons this album has appealed to so many different people.

IPM: What are some of the commercial application uses for this album?

ED:  Our disc is perfect for setting a slightly haunted atmosphere for any Christmas-themed event. The cool thing about this album is that while it can be creepy at times, it is also darkly beautiful. That allows it to transcend horror-only applications and work in a lot of different scenarios. The overlap between Halloween and Christmas is growing. In the haunted attraction industry, we are seeing more and more haunted houses staying open during the winter months. They pull from the darker traditions of Christmas (like Krampus, etc.) as well as some of the horror movies set during the holiday season (like “Silent Night, Deadly Night,” “Nightmare Before Christmas”) for inspiration. While I was at the TransWorld Haunted Attractions Show in St. Louis this year, it was amazing to see how many holiday-themed props, costumes, and sets were for sale.

IPM: How did you select which classic holiday tunes to feature?

ED: Both Gavin and I love and are constantly inspired by the Victorian era and history in general. As a result, a lot of our selections leaned towards classic tracks from the 19th century and earlier. Certain songs, like “Coventry Carol,” were written in a minor key so that made them very natural selections. Others songs we chose were simply ones that, once we listened to them, one of us had an instant idea on how we’d put the Midnight Syndicate twist to it. There are several original compositions on the album: “Night of the Krampus,” “Little Helpers,” “Winter Storm,” and “Christmas at Midnight” that all bring very important elements to the disc and round things out.

IPM: Growing up, and/or now, did/do you have any unusual family Christmas traditions?

ED: Not really unusual. Most of my family is from Poland so the traditional Polish Christmas Eve meal is something that I look forward to sharing with my family every year.

IPM:  Any plans to musically tackle any other holidays?

ED: We’ll have to see. One of our fans had suggested a Valentine’s Day disc… that certainly would be different but I do have some ideas on how we could make it work! We just released a soundtrack for the board game Zombies!!! this year. In 2017 we will be celebrating our 20th anniversary. Among other things, we’d like to perform our Midnight Syndicate Live! show again. We first produced it for Cedar Point’s HalloWeekends event in 2014 and it went over really well.