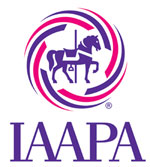 Alexandria, VA, USA (March 5, 2012) — One hundred and eighty six industry leaders from 23 countries participated in the second annual International Association of Amusement Parks and Attractions (IAAPA) Leadership Conference, held last week in Los Angeles, California. The figure represents a 10 percent increase over the number of participants in 2011. Attractions industry leaders and managers experienced two and half days of out of the classroom learning at area IAAPA member locations and heard insights from industry veteran Al Weber Jr., Ph.D., COO of Six Flags Entertainment Corporation. During the event IAAPA announced the IAAPA Leadership Conference 2013 will take place in São Paulo, Brazil, in early March.

“The Leadership Conference was a great success,” said IAAPA Chairman and Managing Partner of Europa Park Roland Mack. “We had top representatives of all regions of our industry together and experienced a warm and open-minded welcome in all the businesses we visited. The possibility to exchange thoughts and ideas on an international level is much appreciated by our members.”

IAAPA Third Vice Chair Gerardo Arteaga Cerda of Fantasilandia, Chile, is excited to take the conference to Latin America in 2013. “We have an opportunity to show what’s been happening in Latin America, and get people more involved,” said Arteaga. “It will be a good chance for manufacturers to learn more about our market, as well.”

Additional announcements including specific dates and tour locations for the IAAPA Leadership Conference 2013 in São Paulo, Brazil, next March will be available at www.IAAPA.org in the weeks ahead. The conference will take place in conjunction with the 2013 IAAPA Latin American Regional Networking event.

ABOUT IAAPA
Founded in 1918, IAAPA is the largest international trade association for permanently situated amusement facilities and attractions and is dedicated to the preservation and prosperity of the amusement industry. The association’s global headquarters is in Alexandria, Virginia, United States, and it maintains regional offices in Brussels, Mexico City, and Hong Kong. IAAPA is online at www.IAAPA.org.

Joe Kleimanhttp://wwww.themedreality.com
Raised in San Diego on theme parks, zoos, and IMAX films, Joe Kleiman would expand his childhood loves into two decades as a projectionist and theater director within the giant screen industry. In addition to his work in commercial and museum operations, Joe has volunteered his time to animal husbandry at leading facilities in California and Texas and has played a leading management role for a number of performing arts companies. Joe has been News Editor and contributing author to InPark Magazine since 2011. HIs writing has also appeared in Sound & Communications, LF Examiner, Jim Hill Media, and MiceChat. His blog, ThemedReality.com takes an unconventional look at the attractions industry. Follow on twitter @ThemesRenewed Joe lives in Sacramento, California with his fiancé, two dogs, and a ghost.
Share
Facebook
Twitter
Linkedin
Email
Print
WhatsApp
Pinterest
ReddIt
Tumblr
Previous articleLEGO Travel Adventure Rolls Into Children’s Museum of Indianapolis
Next articleSuper 78’s Dina Benadon to Present on Special Venue Entertainment as Part of SXSW Panel