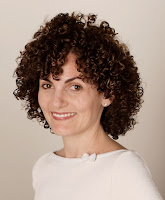 Los Angeles, CA, USA (March 5, 2012) — For years the annual South by Southwest (SXSW) Conference, an interactive confab in Austin, Texas, has been distinguished as a launch pad for new ideas and innovations, and a connecting spot for some of the most innovative minds in the tech world.
One attraction design company will use the 2012 Interactive conference, which runs March 9-11, as an opportunity to help the theme park industry finally break through at the event that historically has been dominated by technology and marketing organizations.
On March 11 Dina Benadon, the CEO of the attraction design firm Super 78 Studios, will participate in “Multi-platform Storytelling: Frontline War Stories,” a panel that will highlight the promise and mechanics of participatory storytelling.
Benadon will present developments unfolding in the area of special venue entertainment, including the creative and technological challenges of telling stories across multiple media platforms.  Joining Benadon on the panel will be:
•     Tracy Fullerton, professor and director of the Game Innovation Lab at the USC School of Cinematic Arts;
•     Lance Weiler, a storyteller, entrepreneur and thought leader who WIRED magazine named “One of twenty-five people helping to re-invent entertainment and change the face of Hollywood;”
•     Jon M. Chu, a feature film director of Touchstone Pictures’ Step Up 2 The Streets (2008), Step Up 3D (2010) and Paramount Picture’s Justin Bieber: Never Say Never (2011);
•     And Brian Seth Hurst is CEO of The Opportunity Management Company, a strategic consultancy driving the next generation of entertainment, who will moderate.
In addition to her panel presentation, Benadon also intends to leverage the conference to canvas for new interactive technologies and digital communications developments that Super 78 can incorporate into future attraction designs.

“SXSW is really the intersection of technology, and the theme parks and attractions industry has been conspicuously absent,” says Benadon.   “Our legacy revolves around our ability to be among the first to embrace emerging technologies and deploy them to more actively engage the audience in the stories and experiences we share.  That’s why it’s vital that we have a much bigger presence at conferences like SXSW.”

Joe Kleimanhttp://wwww.themedreality.com
Raised in San Diego on theme parks, zoos, and IMAX films, Joe Kleiman would expand his childhood loves into two decades as a projectionist and theater director within the giant screen industry. In addition to his work in commercial and museum operations, Joe has volunteered his time to animal husbandry at leading facilities in California and Texas and has played a leading management role for a number of performing arts companies. Joe has been News Editor and contributing author to InPark Magazine since 2011. HIs writing has also appeared in Sound & Communications, LF Examiner, Jim Hill Media, and MiceChat. His blog, ThemedReality.com takes an unconventional look at the attractions industry. Follow on twitter @ThemesRenewed Joe lives in Sacramento, California with his fiancé, two dogs, and a ghost.
Share
Facebook
Twitter
Linkedin
Email
Print
WhatsApp
Pinterest
ReddIt
Tumblr
Previous articleIAAPA Announces 2013 Leadership Conference to Take Place in Brazil
Next articleBaAM Productions and ZOLKC Team On Interactive Smartphone Solution For North American Attractions