IAC Elects Michael Eisner to Board of Directors 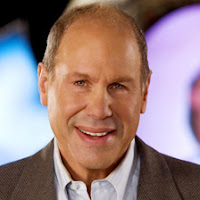 NEW YORK /PRNewswire/ — IAC (Nasdaq: IACI) announced that Michael Eisner has been elected to the company’s Board of Directors.  IAC’s Board was expanded to 13 members in connection with Mr. Eisner’s election.
A veteran of the media and entertainment industries, Mr. Eisner served as the Chairman and CEO of the Walt Disney Company from 1984-2005 where he transformed the company into a global media empire.  Prior to this, Mr. Eisner served as the President of Paramount for eight years after beginning his career at ABC. In 2005 Mr. Eisner founded the media and entertainment investment firm Tornante and in addition to overseeing Tornante’s key investments including The Topps Company, Tornante Animation, Diversion, Inc. and Activate™, he also serves as the Chairman of Vuguru, a studio focused on producing groundbreaking programming for the web and other emerging digital platforms.
Mr. Eisner also serves on the boards of the California Institute of the Arts, Denison University, the Aspen Institute, the Yale School of Architecture Dean’s Council, and The Eisner Foundation.
About IAC
IAC operates more than 50 leading and diversified Internet businesses across 30 countries… our mission is to harness the power of interactivity to make daily life easier and more productive for people all over the world. Visit www.iac.com.

Judith Rubin
Judith Rubin ([email protected]) is a leading journalist, publicist, strategist, blogger, content marketing specialist and connector in the international attractions industry. She excels at writing about all aspects of design and technical design, production and project management. Areas of special interest include AV integration and show control, lighting design and acoustics, specialty cinema, digital video and world’s fairs. Judith has ties to numerous industry organizations. From 2005-2020 she ran communications, publications and social media for the Themed Entertainment Association (TEA). In 2013, she was honored with the TEA Service Award. She was development director of IMERSA, and co-chair of the 2014 IMERSA Summit. She was publicist for the Large Format Cinema Association in the 1990s, now part of the Giant Screen Cinema Association (GSCA) and has also contributed to the publications of PLASA, IAAPA and the International Planetarium Society. Already making her mark as a magazine and book editor, Judith joined World’s Fair magazine in 1987, which introduced her to the attractions industry. Launching as a freelancer in the mid 1990s she has contributed to dozens of publications and media outlets including Funworld, Lighting&Sound America, Sound & Communications, Urban Land, The Raconteur and The Planetarian. She joined InPark in 2010. Judith earned a Bachelor of Fine Arts from Pratt Institute. She has lived in New York City and the San Francisco Bay Area, and now makes her home in Saint Louis, where she is active in the local arts and theater community.
Share
Facebook
Twitter
Linkedin
Email
Print
WhatsApp
Pinterest
ReddIt
Tumblr
Previous articleEnvironmental Graphic Design: at Sydney Opera House, real-time visual technology will meet modernist architecture March 20
Next articleMcGraw-Hill Construction and Engineering News-Record present FutureTech April 6 in NYC