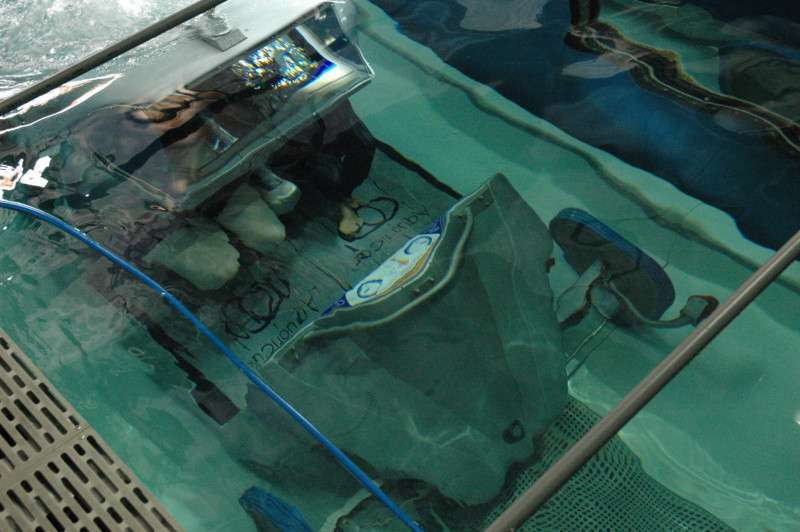 On May 12, 2018, we visited Sub Sea Systems in Diamond Springs, CA for an underwater ride in their newest product, the Aquaticar. This would mark both the first time an attractions industry professional and members of the media had experienced the attraction underwater.

Sub Sea Systems is best known for its Sea TREK underwater helmets, used in more than 50 wild and man-made locations worldwide, including parks and attractions operated by SeaWorld, Parques Reunidos, Xcaret, and Genting.

The Aquaticar, a two-person vehicle that travels along an underwater track, expands upon the Sea TREK concept. Riders are open to the environment and wet up to their chests, with their upper torsos remaining dry in an enclosed envelope of air.  Every six feet, the vehicle comes in contact with a pin in the track that, when pushed, activates a stream of bubbles that are used to both propel the vehicle forward and provide air to the passengers. Using bubble technology, the system is completely green and uses no traditional fuels or electrical power to propel itself.

We found the ride extremely comfortable in all aspects, traveling in the same prototype vehicle that was on display at the 2017 IAAPA Attractions Expo in Orlando.

Since we traveled on the test track, built inside a forty foot long shipping container, we were lowered into the tank by a lift and pushed back into starting position by our safety divers. After each run, we were manually pushed back to the starting point for the next run. In the final product, as illustrated here, riders will be propelled into the water by gravity and make a complete loop, being returned to the station via a conveyor belt similar to those used in waterparks.  The conveyor also will move the vehicles through the station, allowing for easy load and unload and for the vehicles to remain continually in motion throughout the attraction. 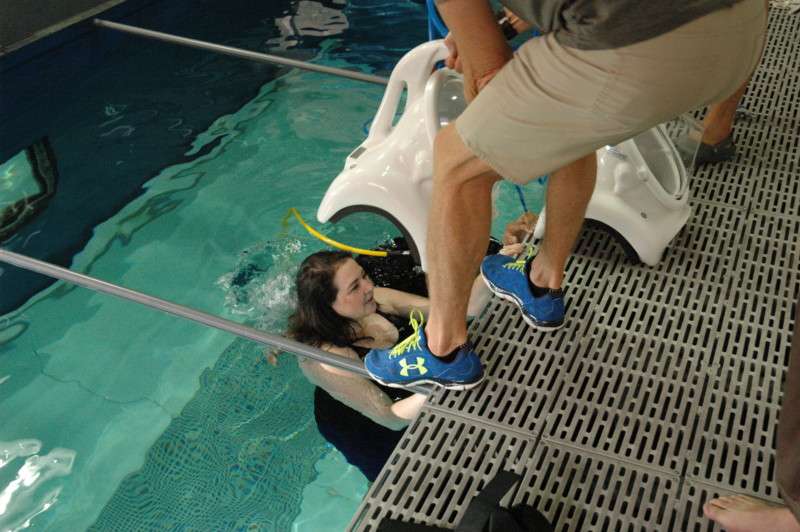 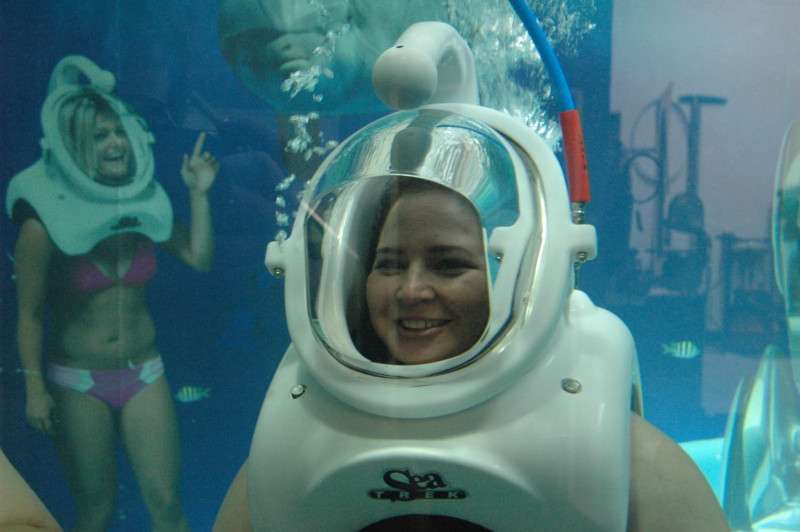 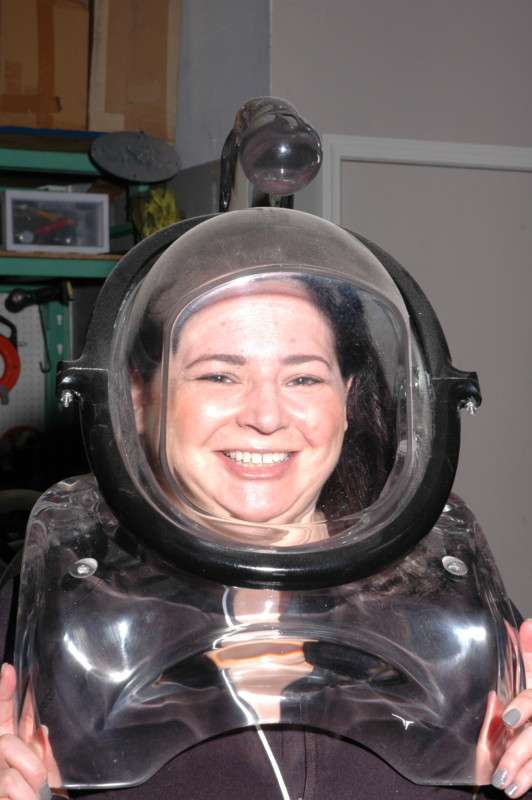 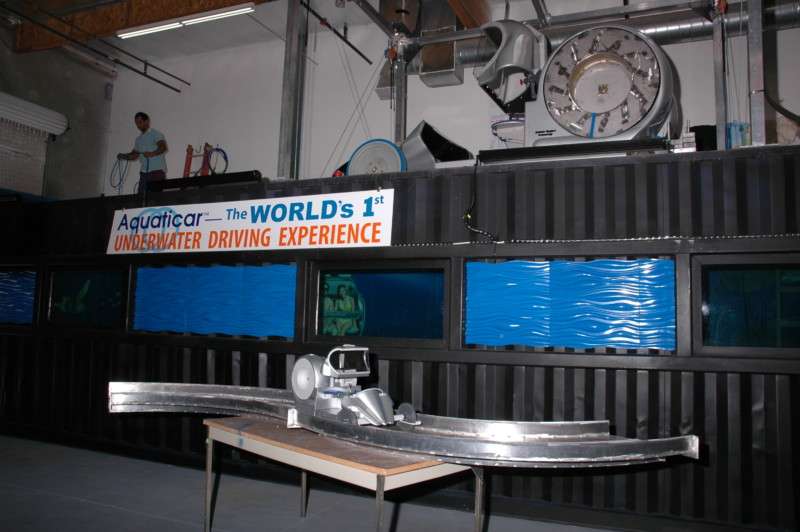 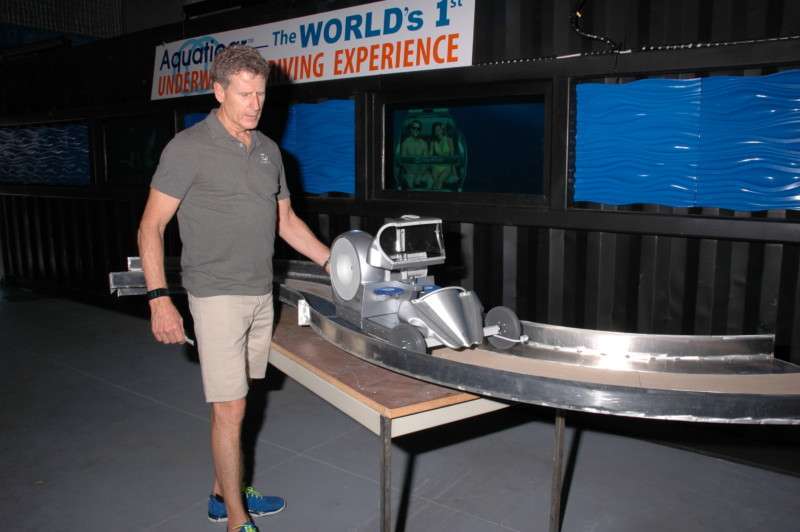 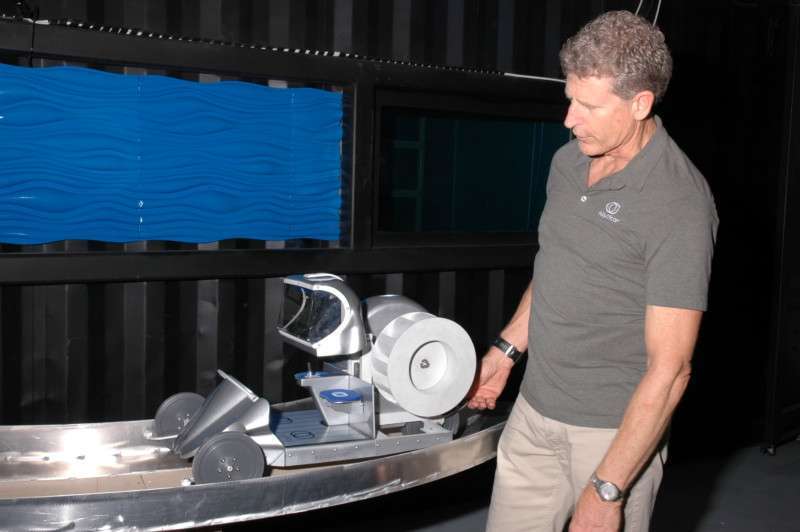 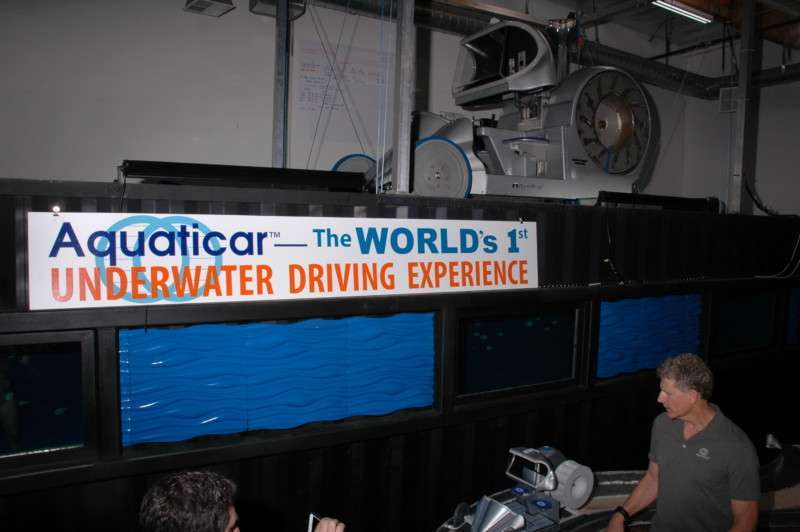 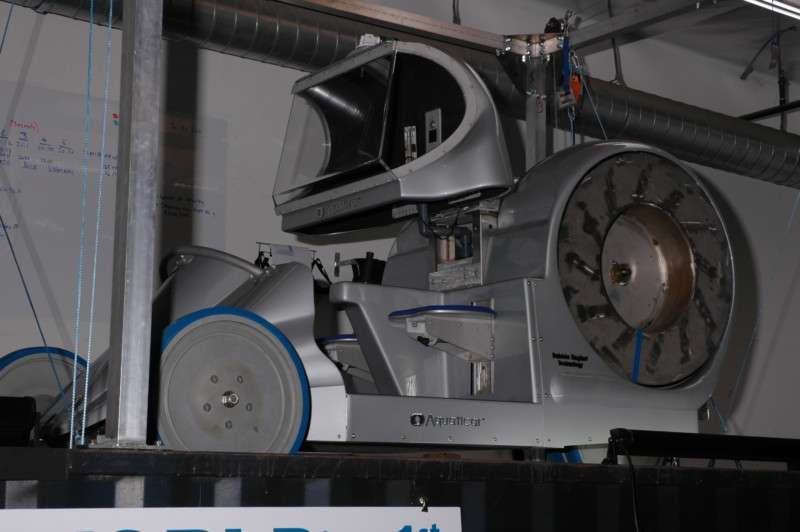 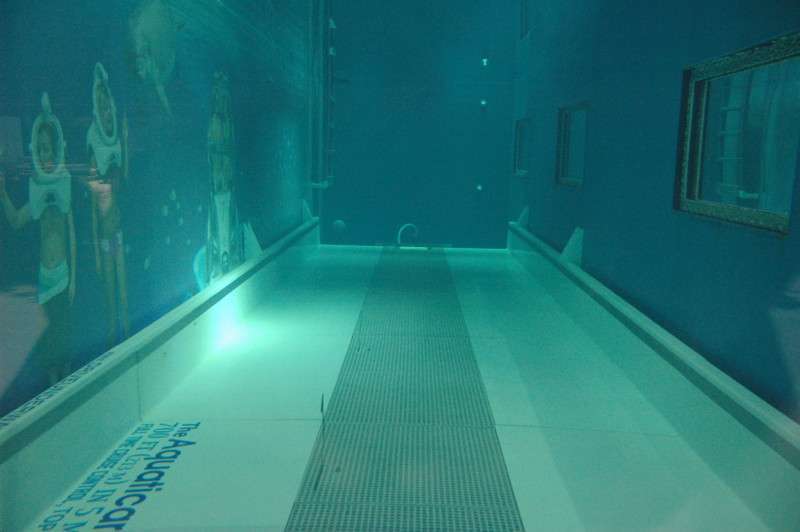 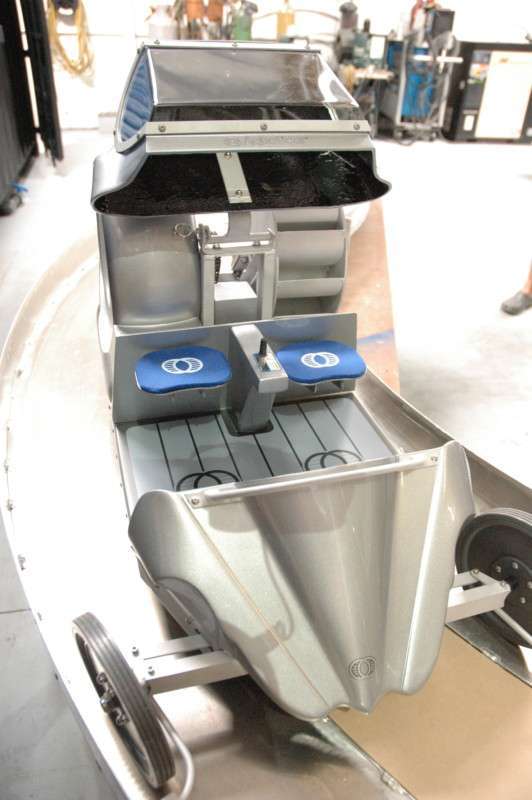 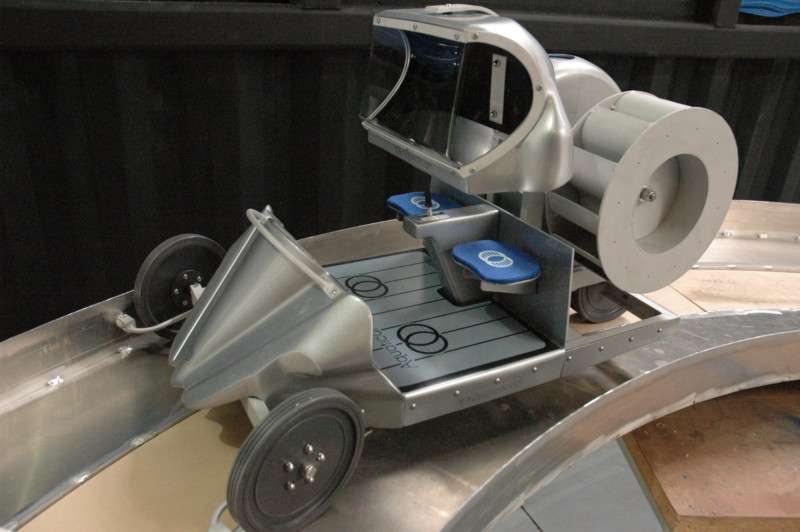 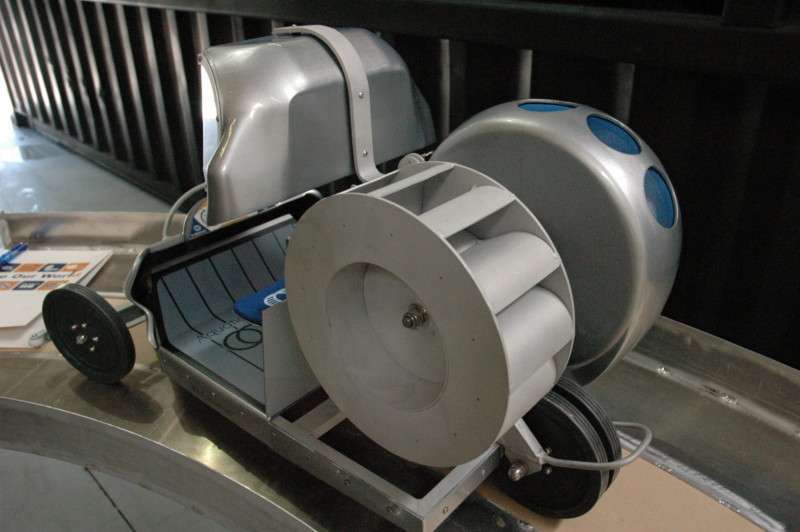 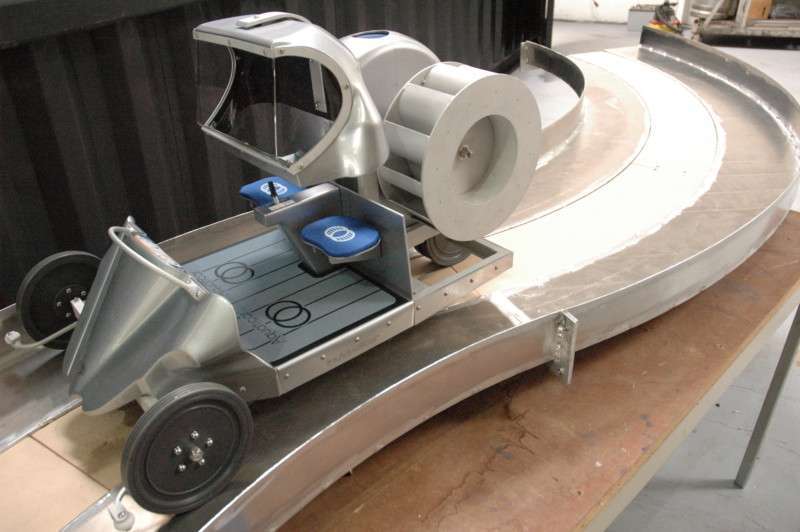 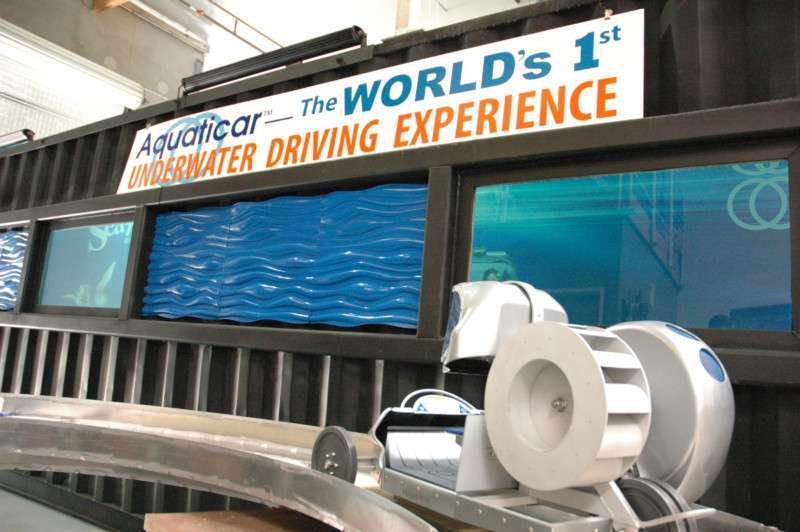 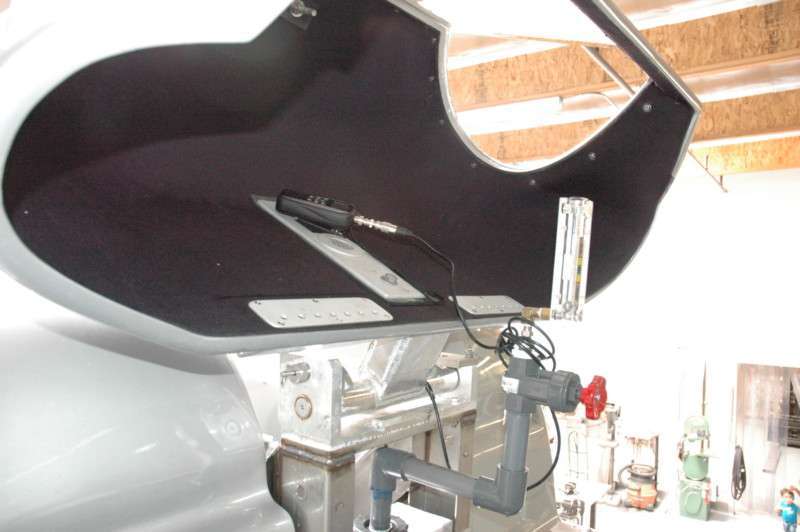 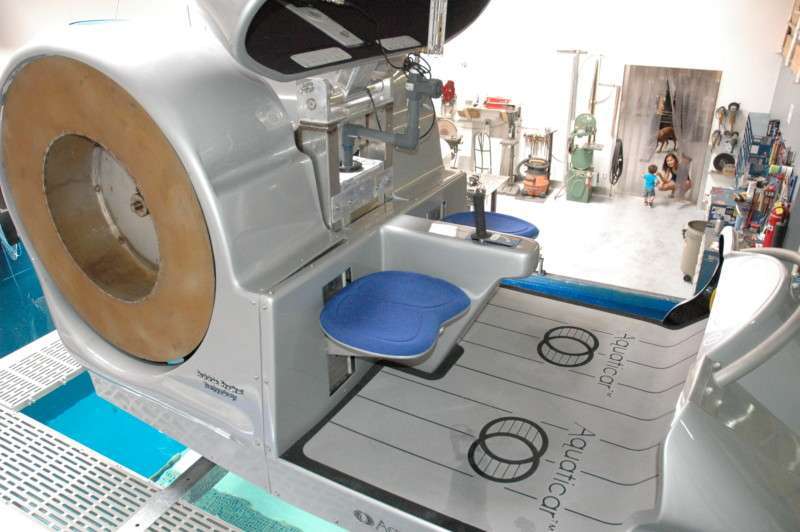 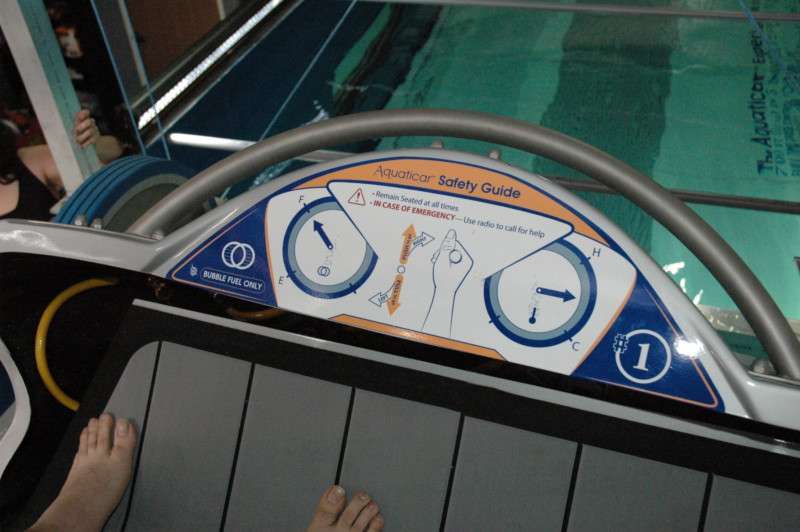 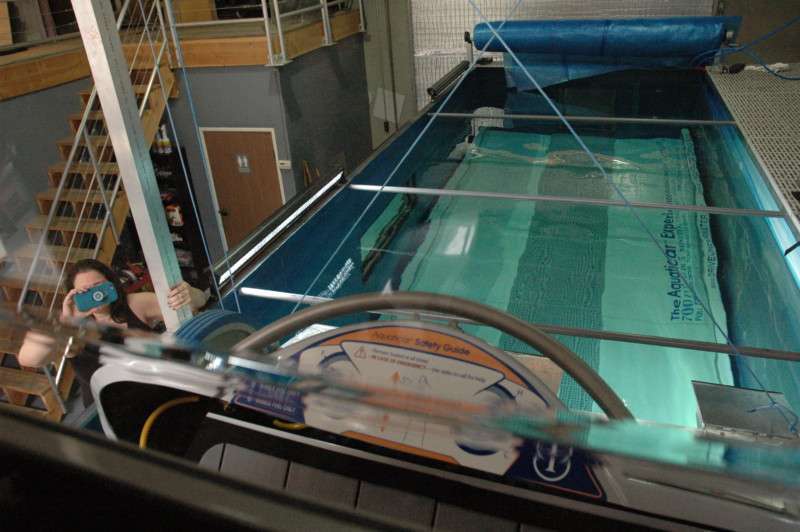 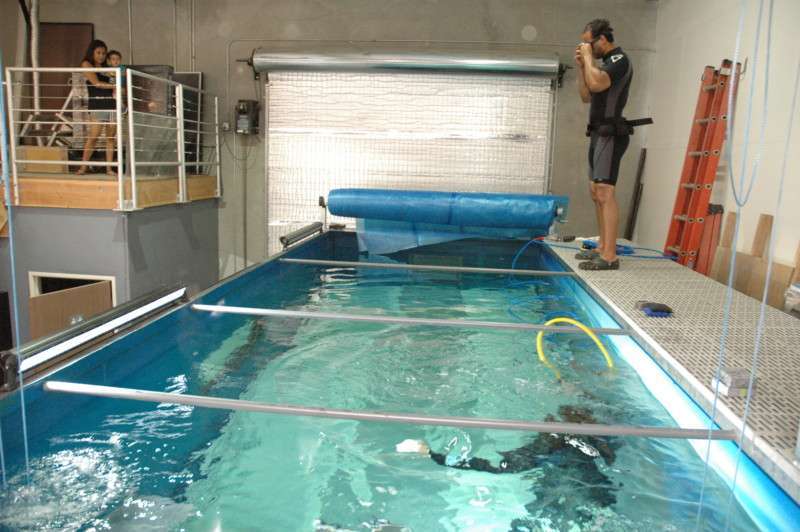 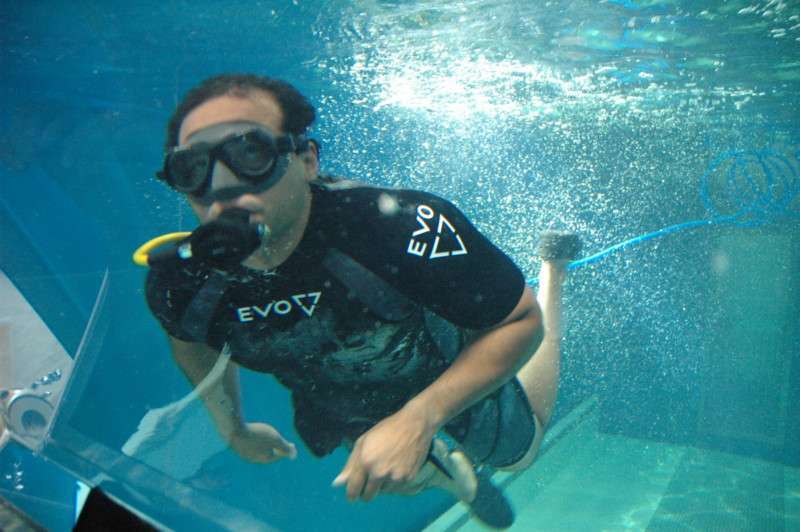 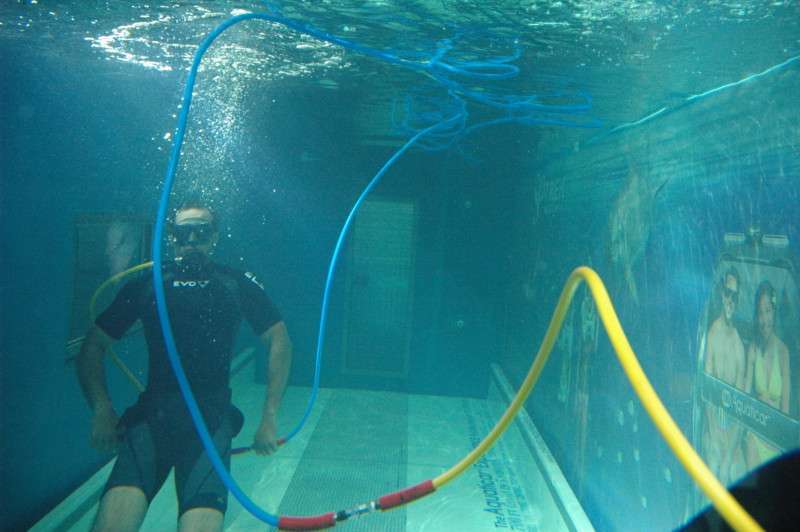 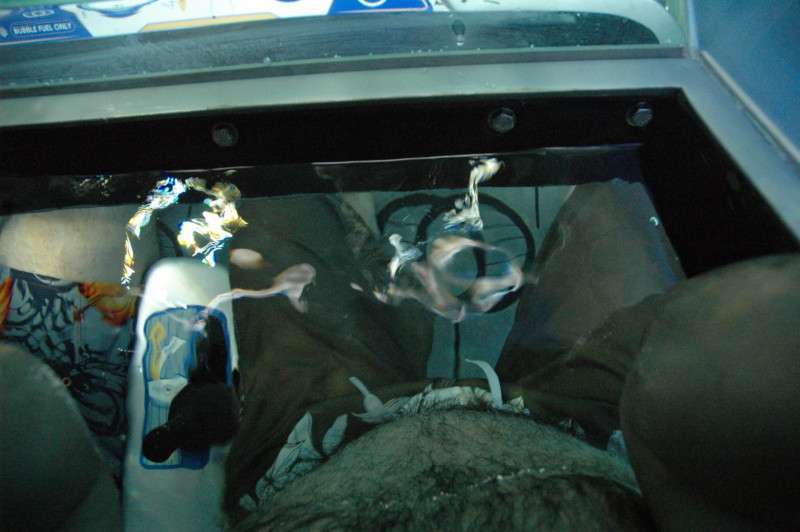 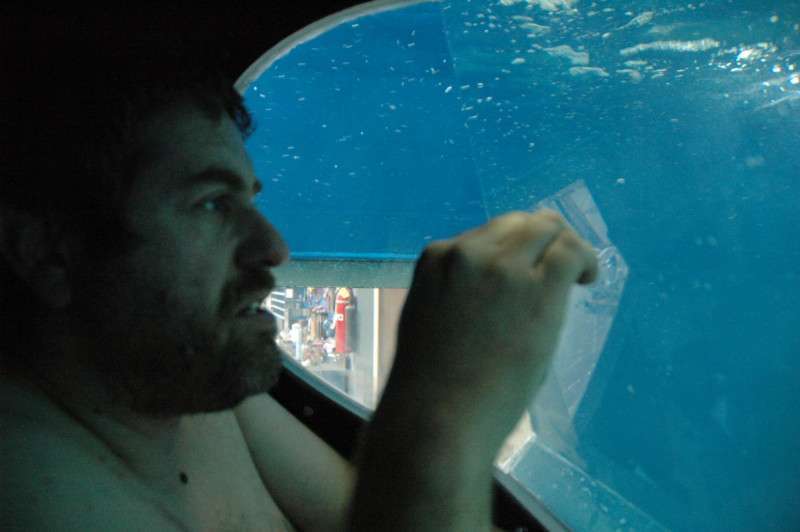 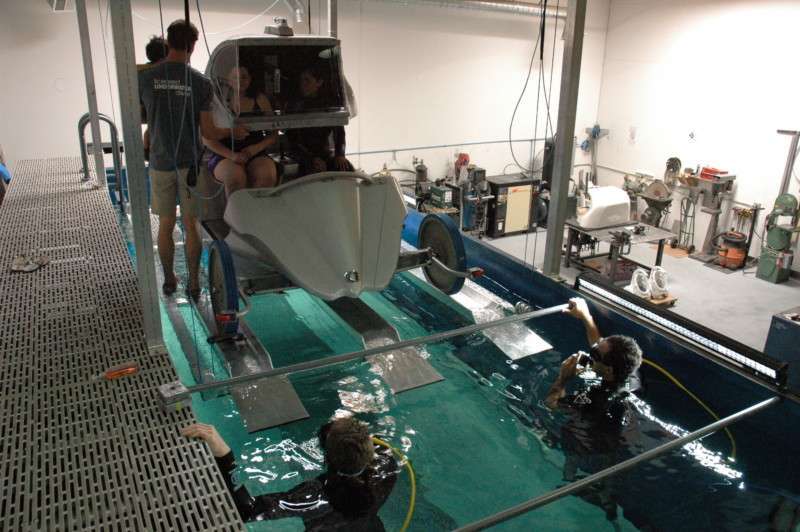 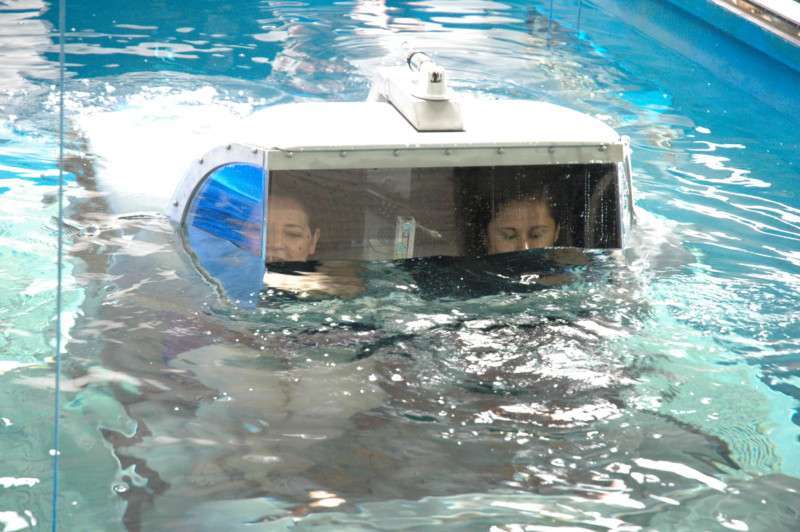 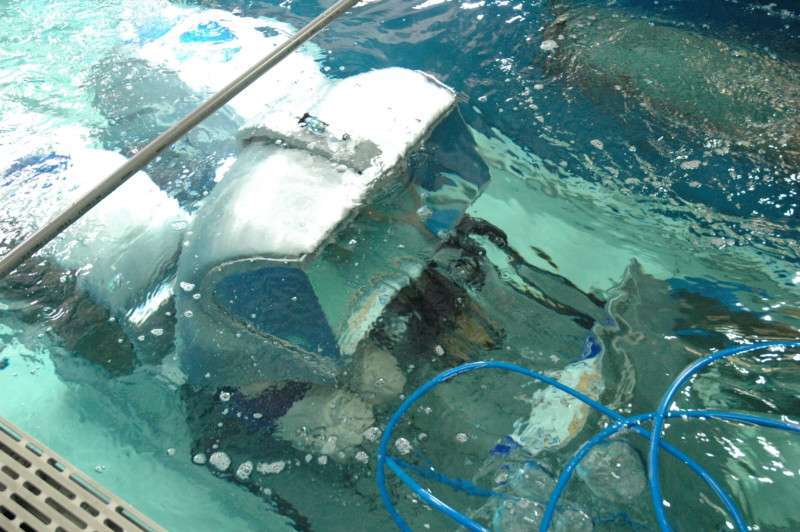 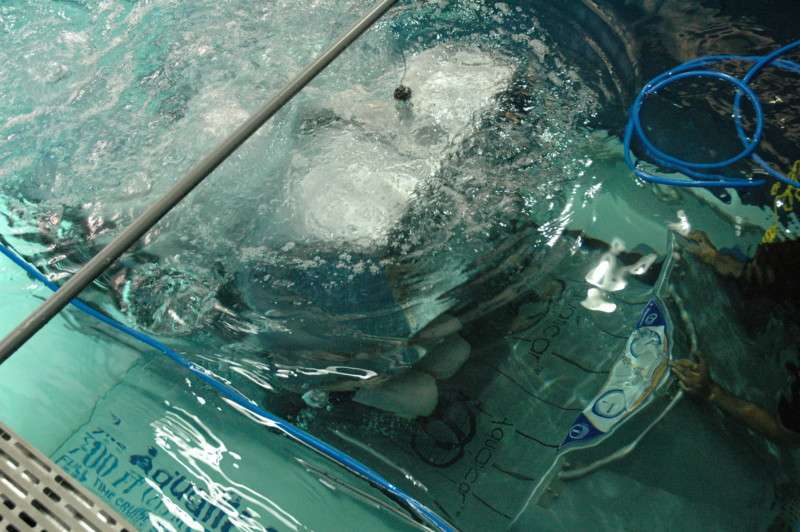 Joe Kleimanhttp://wwww.themedreality.com
Raised in San Diego on theme parks, zoos, and IMAX films, Joe Kleiman would expand his childhood loves into two decades as a projectionist and theater director within the giant screen industry. In addition to his work in commercial and museum operations, Joe has volunteered his time to animal husbandry at leading facilities in California and Texas and has played a leading management role for a number of performing arts companies. Joe has been News Editor and contributing author to InPark Magazine since 2011. HIs writing has also appeared in Sound & Communications, LF Examiner, Jim Hill Media, and MiceChat. His blog, ThemedReality.com takes an unconventional look at the attractions industry. Follow on twitter @ThemesRenewed Joe lives in Sacramento, California with his fiancé, two dogs, and a ghost.
Share
Facebook
Twitter
Linkedin
Email
Print
WhatsApp
Pinterest
ReddIt
Tumblr
Previous articleTechnomedia and ACE form strategic partnership to serve the attractions industry in China with AV and media development
Next articleKalahari breaks ground on newest waterpark resort in Round Rock, Texas