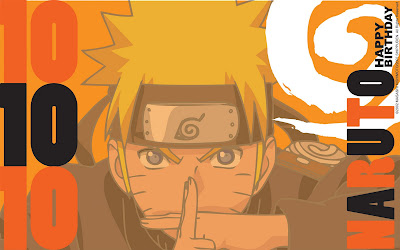 The premier feature is a special event for ‘Naruto’, which celebrates its 10th year anniversary as a television anime this year. This special event is scheduled to run for approximately one year commencing from March 17th, 2012. This joint venture with ‘Naruto’ is based on concepts of ‘love’, ‘growth’, and ‘compassion.’

Comprised of a renewed and upgraded version of a ‘Naruto’ event run in 2007, the ‘Naruto’ world for this event provides a sense of being immersed in the ‘Naruto’ world. The main attraction is “Memories of Chakra.” It recreates numerous famous scenes covering time periods from the outset of Team Seven’s journey, up to the start of the Shinobi World War.

There are also 9 enchanting areas to enjoy in Lagunasia – like the powerful “Hokage Monument” and “Konohagakure Village Ninjutsu Dojo” where guests can experience the Ninjutsu of ‘Naruto’ and his friends.

Moreover, the whole of the Lagunasia has been adorned in a ‘Naruto’ motif, allowing guests to feel the sensation of being in the ‘Naruto’ world from the moment they enter. When going around to the points of interest, guests can enjoy the many additions never available before. For instance, the ‘Sharingan Stamp Rally’, in which they can receive luxury prizes (fee applies) , or the ‘Hokage Palace’, where the great endeavours of the successive Hokage can be learned (fee applies).

In addition, at the ‘Naruto’ shop – ‘Ninpoudo’, an exquisite ‘Naruto’ menu is available, with food such as ‘Ramen Ichiraku’, plus a plethora of other unique goods that cannot be found anywhere else. There will also be character shows.

ABOUT NARUTO
NARUTO began serialized publication in Weekly Shonen Jump (published by Shueisha) from issue No. 43 in 1999. Total circulation of the original comic was 120 million. (59 volumes published). TV-Tokyo launched the television anime broadcast in October of 2002, which continues presently with the new series “NARUTO – Shippuden”.

ABOUT LAGUNA GAMGORI
Located approximately 90 minutes from Chubu International Airport in Aichi Prefecture, “LAGUNA GAMAGORI” is a marine resort complex located in lush Mikawa bay. Featuring cuisine, shopping, entertainment, thalassotherapy, a spa, and a marina, here the allure of the sea can be experienced in a style that fits each guest.

Joe Kleimanhttp://wwww.themedreality.com
Raised in San Diego on theme parks, zoos, and IMAX films, Joe Kleiman would expand his childhood loves into two decades as a projectionist and theater director within the giant screen industry. In addition to his work in commercial and museum operations, Joe has volunteered his time to animal husbandry at leading facilities in California and Texas and has played a leading management role for a number of performing arts companies. Joe has been News Editor and contributing author to InPark Magazine since 2011. HIs writing has also appeared in Sound & Communications, LF Examiner, Jim Hill Media, and MiceChat. His blog, ThemedReality.com takes an unconventional look at the attractions industry. Follow on twitter @ThemesRenewed Joe lives in Sacramento, California with his fiancé, two dogs, and a ghost.
Share
Facebook
Twitter
Linkedin
Email
Print
WhatsApp
Pinterest
ReddIt
Tumblr
Previous articleThousand Foot High Zip Line Planned for Colorado Park
Next articleVIDEO UPDATE: Freshwater Oasis, Discovery Cove, Orlando, FL