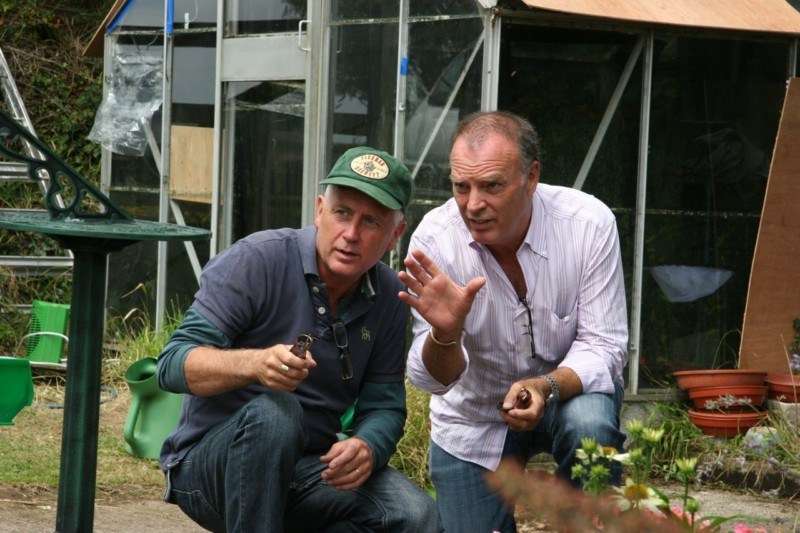 THE STAFF OF INPARK MAGAZINE IS SADDENED TO LEARN OF THE PASSING OF JONATHAN BARKER, CEO OF SK FILMS, ON JULY 5, AND EXTEND OUR CONDOLENCES TO HIS WIFE WENDY, FAMILY, AND COLLEAGUES.

ABOVE PHOTO (L to R): Director Mike Slee and Jonathan Barker on the set of “Flight of the Butterflies”

InPark News Editor Joe Kleiman, a former IMAX theater manager, met with Barker on multiple occasions during industry events and while discussing film bookings. He recalls Barker as “a powerhouse in the giant screen field, a mentor and champion for the industry, an advocate for quality presentation, and a leader in multiplatform distribution.”

While at an IMAX theater in Miami, Kleiman was invited to join Barker and Smithsonian producer Patricia Woodside onboard a US Customs and Border Patrol Blackhawk helicopter during the filming of the IMAX documentary “Straight Up: Helicopters in Action.” 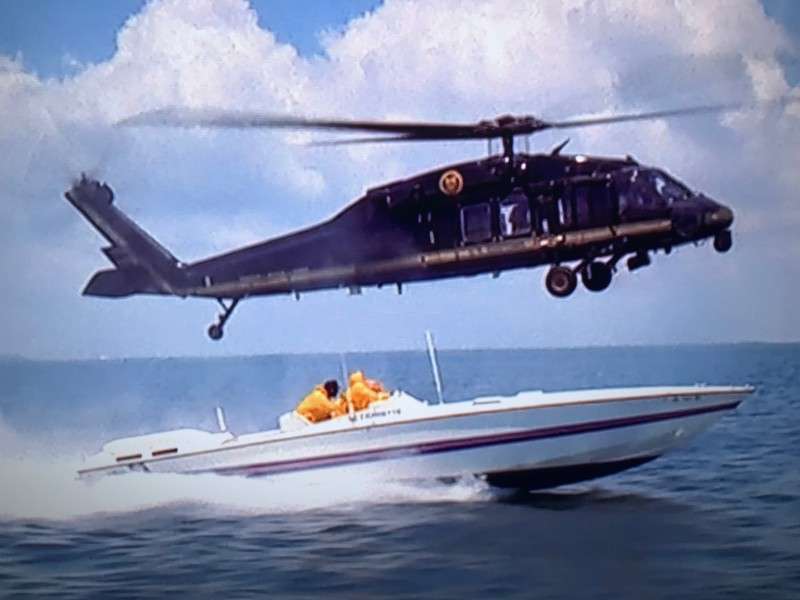 “Jonathan sat across from me as the Blackhawk chased down a speedboat whose crew were playing the role of drug runners. We were in the air for four hours during the shoot and he showed equal parts humor and professionalism. I could tell that he wasn’t just enjoying what he did as a producer, he was passionate about it. His passion for filmmaking and for the giant screen industry as a whole will be greatly missed.”

The following has been provided by SK Films and the Giant Screen Cinema Association:

Jonathan was the CEO of SK Films, which he founded 20 years ago with Bob Kerr, co-founder of IMAX Corporation and joined by Wendy. Under his dynamic leadership, SK established a leading presence as one of the stalwarts of the industry, recognized with multiple GSCA awards.

With over three decades of award-winning film and television experience, he was a world leader in 3D film production and distribution, specializing in IMAX®/giant screen films that combine human drama and natural history discoveries. Jonathan produced and/or distributed a wide array of some of the industry’s most significant films in the past two decades. Titles include Into the Deep; Oscar shortlisted film Bugs!; Flight of the Butterflies, which achieved the only ever clean sweep of the GSCA Awards, won Best Immersive 3D/Large Format Film at the Jackson Hole Wildlife Film Festival, and is one of the most successful and acclaimed giant screen films of this decade; the award-winningAmazon Adventure; Backyard Wilderness; and the upcoming films Turtle Odyssey and Volcanoes.

Through these projects Jonathan and Wendy worked successfully with some of the most important and recognizable organizations dedicated to science literacy and understanding the natural world, such as Tangled Bank Studios (a division of The Howard Hughes Medical Institute), the U.S. Government’s National Science Foundation, the Gordon and Betty Moore Foundation, and the Smithsonian Institution. Jonathan was also Executive Producer of SK’s award-winning eco-adventure series The Water Brothers, produced with and hosted by his two sons Alex and Tyler both dedicated environmentalists, which is broadcast around the world.

A former actor, theatre producer, lead singer of an R & B band, entertainment lawyer, multi-lingual, an accomplished government and corporate filmexecutive turned independent producer, Jonathan brought a broad perspective and great passion to his work and to all things –  his love for Wendy and his children, family life and friends, for the Giant Screen industry, for great natural history filmmaking and in his case, with the twist of including onscreen drama into the storylines and for humorous stories, sharp banter and interesting conversations.

He loved spending time in the outdoors, particularly at what he called his paradise – the Georgian Bay island cottage with family and friends and having hot saunas and jumping into the cool waters, scuba diving with family around the world, enjoying all kinds of music and playing the guitar with his daughter Caleigh and friends and family. 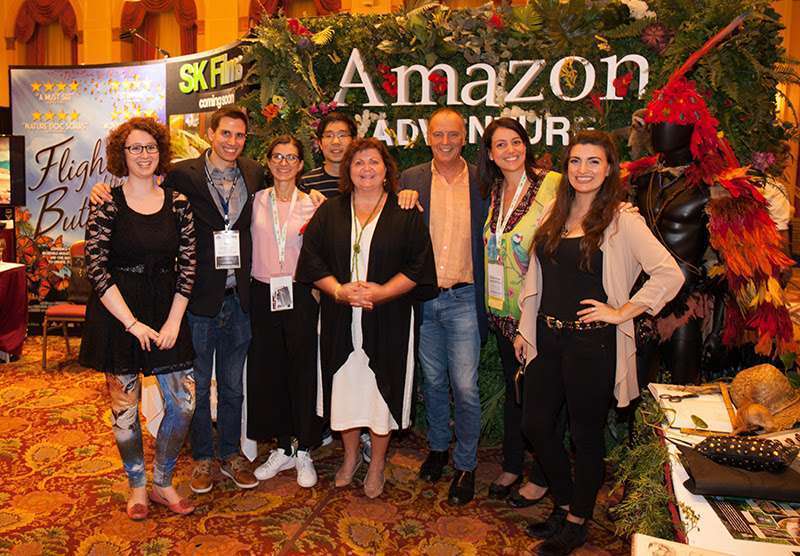 Jonathan was previously President and Co-CEO of Shaftesbury Films for over 12 years, where he was jointly responsible for the company’s phenomenal transformation and growth from a small feature film company into one of Canada’s leading and most successful television production companies.

Prior to creating SK Films, Jonathan began his passion for giant screen filmsduring his tenure running the worldwide film business at IMAX, where he developed the blockbuster IMAX 3D film T-Rex, oversaw the production and distribution of a number of the IMAX space films, David Attenborough’s Survival Island, and the hugely successful 3D film Into the Deep.

Jonathan was previously Senior Vice President, Business and Legal Affairs for Cinexus Group (owners of Panavision Canada and C/FP) and CEO of the Ontario Film Development Corporation (now OMDC). He began his career as an entertainment lawyer and as a member of the bars of Ontario and California. He served on numerous boards and advisory committees, was a Director of Film Ontario, and was a founding Director of the Giant Screen Cinema Association.

Jonathan is survived by his wife Wendy and children Scott, Tyler, Georgia, Alex, and Caleigh. The family will hold a small private service.

It was Jonathan’s wish that his memorial be fun and so there will be a public Celebration of Life event for Jonathan at a later date, with details to be announced soon on the SK Films website.

Wendy MacKeigan, the current Executive Vice-President of SK Films, will be taking over as its CEO and she hopes to continue Jonathan’s legacy with the talented SK team.

The Giant Screen Cinema Association would like to offer the opportunity to share their memories of Jonathan, anecdotes, photos, tributes, reactions people have had to his films, etc. We will compile these memories and share them with the community and also create a book that someday his grandchildren can enjoy and know the lifelong impact he has had. Please send your tributes and photos to [email protected].

Joe Kleimanhttp://wwww.themedreality.com
Raised in San Diego on theme parks, zoos, and IMAX films, InPark's Senior Correspondent Joe Kleiman would expand his childhood loves into two decades as a projectionist and theater director within the giant screen industry. In addition to his work in commercial and museum operations, Joe has volunteered his time to animal husbandry at leading facilities in California and Texas and has played a leading management role for a number of performing arts companies. Joe previously served as News Editor and has remained a contributing author to InPark Magazine since 2011. HIs writing has also appeared in Sound & Communications, LF Examiner, Jim Hill Media, The Planetarian, Behind the Thrills, and MiceChat His blog, ThemedReality.com takes an unconventional look at the attractions industry. Follow on twitter @ThemesRenewed Joe lives in Sacramento, California with his wife, dog, and a ghost.
Share
Facebook
Twitter
Linkedin
Email
Print
WhatsApp
Pinterest
ReddIt
Tumblr
Previous article
Jon Hancock Named CEO of Electrosonic Group
Next article
Construction begins on Holocaust & Humanity Center at Cincinnati’s Union Terminal