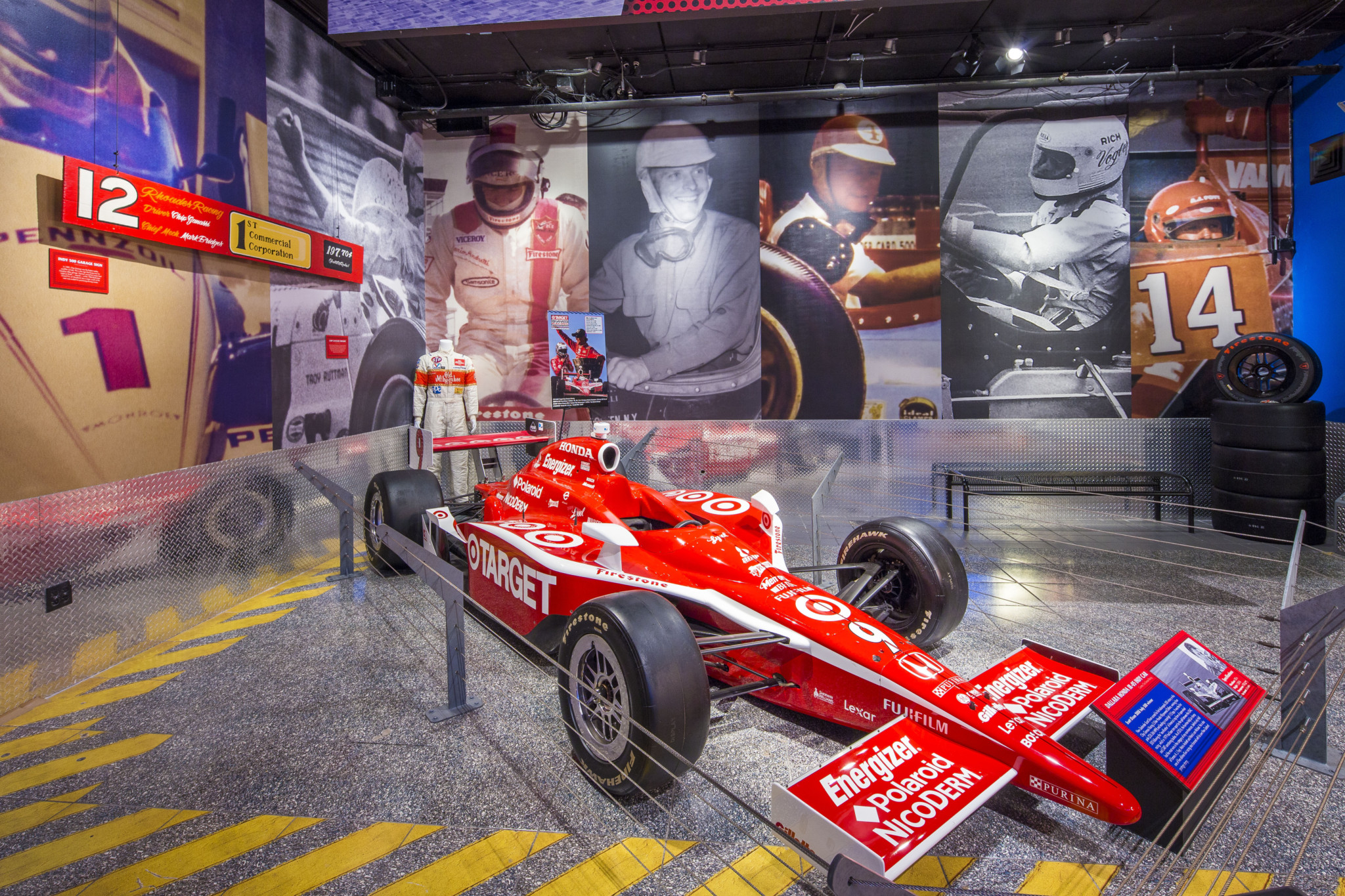 Many of racing’s greatest names were on hand at the Motorsports Hall of Fame of America’s (MSHFA) recent opening at Daytona International Speedway.

The Motorsports Hall of Fame of America (MSHFA) is the only hall of fame that encompasses the full spectrum of American motorsports: cars, motorcycles, off-road, powerboats and airplanes.  Holding its first induction ceremony in 1989, the facility was headquartered in Novi, Michigan from 1989-2015 and relocated to Daytona Beach, Florida in 2016.

At the end of the Hall of Heroes – a dramatic display populated with legendary motor speed vehicles cutting the full height of the building – is a circular pavilion that houses plaques honoring the most recent inductees to the Hall of Fame.  After a year, these inductees will join their fellow heroes in their respective fields.

Standing next to this open gazebo is a tribute to one of the icons of the racing industry, Robert E. Petersen. His fame and success as a publisher is only matched by his profound love of motorsports. Noticing an absence of hot-rod specific media, he founded Hot Rod Magazine, and eventually built his empire on automotive publications. A towering marquee leads visitors to a large theater that celebrates Petersen’s accomplishments and features other racing films. The Petersen Theatre serves as a testament to the passion that motorsports have inspired in fans the world over.

“The racing immortals who were with us helped us usher in a new era for the Motorsports Hall of Fame of America,” said MSHFA President Ron Watson. “The compelling stories of all of our inductees – our ‘Heroes of Horsepower’ – collectively form the foundation of our new facility. Combine those individual histories with our many classic racing vehicles and our other exhibits, and you have a fall of fame that is truly a ‘must-see’.”

The 29th Annual MSHFA Induction Ceremony will be held in Daytona Beach on Wednesday, June 28. The Motorsports Hall of Fame of America is located at 1801 West International Speedway Boulevard, Daytona, Florida, USA. For additional information, or to purchase tickets, visit www.mshf.com/museum. The MSHFA is operated by the nonprofit Motorsports Museum and Hall of Fame of America Foundation, Inc.

Joe Kleimanhttp://wwww.themedreality.com
Raised in San Diego on theme parks, zoos, and IMAX films, InPark's Senior Correspondent Joe Kleiman would expand his childhood loves into two decades as a projectionist and theater director within the giant screen industry. In addition to his work in commercial and museum operations, Joe has volunteered his time to animal husbandry at leading facilities in California and Texas and has played a leading management role for a number of performing arts companies. Joe previously served as News Editor and has remained a contributing author to InPark Magazine since 2011. HIs writing has also appeared in Sound & Communications, LF Examiner, Jim Hill Media, The Planetarian, Behind the Thrills, and MiceChat His blog, ThemedReality.com takes an unconventional look at the attractions industry. Follow on twitter @ThemesRenewed Joe lives in Sacramento, California with his wife, dog, and a ghost.
Share
Facebook
Twitter
Linkedin
Email
Print
WhatsApp
Pinterest
ReddIt
Tumblr
Previous articleUAE’s Pivotal Role in Global Theme Park and Amusement Industry to Be Showcased at DEAL 2017
Next articleDNP to Showcase Latest Instant Printing Solutions at Photo Booth Expo