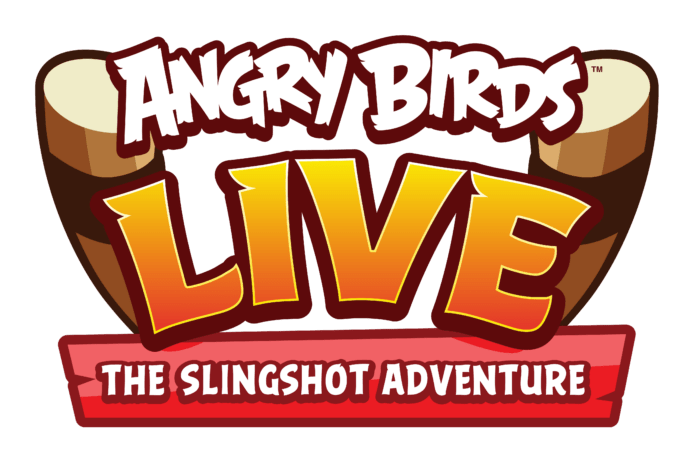 In a partnership facilitated by Angry Birds’ global licensing agency IMG, North America’s first-ever interactive touring Angry Birds stage show will feature popular characters from the movies, “Red”, “Silver”, and “Leonard,” as they embark on a hilarious misadventure in a new world rife with challenging situations. With iconic gameplay elements integrated into the live production, the audience will uniquely help dictate the outcome of the show in a one-of-a-kind experience for guests of all ages.

“Angry Birds Live: The Slingshot Adventure is a landmark production and interactive theatrical experience that allows the audience to participate and impact the outcome of the story in a way that has never been done before,” says Mark Manuel, CEO of Kilburn Live. “We are going to once again push the boundaries of live entertainment and allow the audience to catapult objects onto the stage during the performance that will impact the outcome of the show. It’s going to be a lot of fun,” he added.

“Angry Birds is a beloved brand, and our over 5 billion downloads are a testament to that. We always want to give fans and audiences new ways to experience and interact with the brand, and “Angry Birds Live: The Slingshot Adventure” is a completely new, innovative and exciting way of doing that! We are thrilled to be working with Kilburn Live on this first ever audience interactive experience and look forward to seeing how audiences shape the story of Red and his companions,” says Hanna Valkeapää-Nokkala, Senior Director, Brand Licensing at Rovio Entertainment.

To ensure a hilarious adventure for the entire family, Kilburn and Rovio secured the writing service of veteran Hollywood screenwriters James Johnston and Bennet Yellin. James and Bennet have a long list of theatrical hits to their credit which include iconic films such as “Dumb and Dumber” and “Stuck on You”.