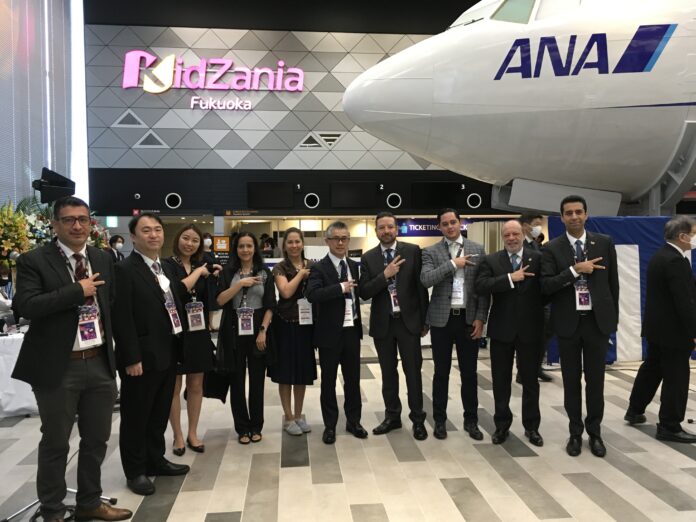 KidZania, edutainment “cities” where kids can role-play professions, opened KidZania Fukuoka on July 31, 2022. The third KidZania City in Japan joins KidZania Tokyo (2006) and KidZania Koshien (2009) in their aim to “empower children to get ready to create a better world.”

KidZania Fukuoka is touted as the first KidZania facility that has fully implemented the KidZania 5.0 model, with the objective of KidZania 5.0 to excel in terms of sustainability and showcase the world as it could be. Xavier Lopez Ancona, CEO & Founder of KidZania, said, “KidZania Fukuoka will be our first facility to open with the fully implemented 5.0 model and it will pave the way for other KidZania Cities to join this important mission.”

The next day, special guests participated at a Shinto praying ceremony to thank for the completion of KidZania Fukuoka, and to ask for a blessed, safe and secure future for this new KidZania facility. KidZania Fukuoka has a footprint of over 43,000 square feet, a total construction of almost 73,000 square feet and expects an annual attendance of 320,000 visitors.