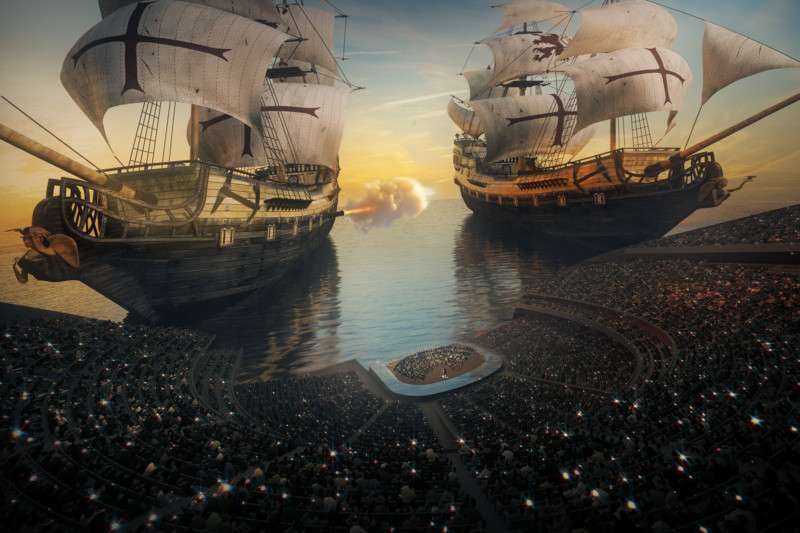 Ms. Reed will be responsible for developing and implementing a slate of content for MSG Sphere venues, from conception to execution. She will work closely with internal and external teams to identify, evaluate and oversee creative development prospects; greenlight content to production; and establish and develop a sustainable digital pipeline for content delivery. Ms. Reed will be charged with developing these projects for both MSG Sphere, as well as other commercial clients. MSG anticipates that the first MSG Sphere, which is currently under construction in Las Vegas, will be completed during calendar year 2021, followed by the second MSG Sphere in London, which is expected approximately a year later, pending necessary approvals.

Ms. Vogt said: “Our vision for MSG Sphere is to completely revolutionize the entertainment experience and rethink the possibilities for immersive storytelling on a very large scale. To do this, we are building a team that includes the industry’s very best talent – who not only have the creative instincts to recognize compelling content, but also the breadth and depth of experience to develop, produce and deliver thought-provoking immersive projects. Kristina is that type of leader, and I am thrilled she is joining our team to help make our vision for creating game-changing content for MSG Sphere a reality.”

Ms. Reed said: “The opportunity to create ground-breaking visuals and tell stories on such a powerful platform is irresistible. I’m excited to join this team of passionate creative colleagues, build on the rich legacy of the Company, and bring the visionary potential of MSG Sphere to life.”

Ms. Reed brings two decades of award-winning experience to MSG. Most recently, she served as Vice President, Production at Disney Television Animation, overseeing development slate strategy and pilot production for Disney Channels Worldwide. Prior to this role, she spent seven years at Disney Animation Studios, where she served in overlapping roles overseeing Production (Tangled, Princess and the Frog) and Development (Frozen, Zootopia, Moana). In addition to being part of the Studio Leadership Team that reinvented Disney Animation Studios creatively, culturally, and fiscally, Ms. Reed produced two Academy Award-winning short films: Paperman in 2013 and Feast in 2015, and co-produced a third Academy Award winner, Big Hero 6, in 2015.

Prior to joining Disney Animation, Ms. Reed served DreamWorks Animation, first as a production executive for films such as Shrek 2, Shark Tale, and Madagascar, and then as the Associate Producer on Kung Fu Panda. In addition to her experience in animation, Ms. Reed’s career also includes work in visual effects, large-format films for themed attractions, and wildlife documentaries.

Ms. Reed graduated with Honors from Brown University with a bachelor’s degree in Creative Writing.

Joe Kleimanhttp://wwww.themedreality.com
Raised in San Diego on theme parks, zoos, and IMAX films, InPark's Senior Correspondent Joe Kleiman would expand his childhood loves into two decades as a projectionist and theater director within the giant screen industry. In addition to his work in commercial and museum operations, Joe has volunteered his time to animal husbandry at leading facilities in California and Texas and has played a leading management role for a number of performing arts companies. Joe previously served as News Editor and has remained a contributing author to InPark Magazine since 2011. HIs writing has also appeared in Sound & Communications, LF Examiner, Jim Hill Media, The Planetarian, Behind the Thrills, and MiceChat His blog, ThemedReality.com takes an unconventional look at the attractions industry. Follow on twitter @ThemesRenewed Joe lives in Sacramento, California with his wife, dog, and a ghost.
Share
Facebook
Twitter
Linkedin
Email
Print
WhatsApp
Pinterest
ReddIt
Tumblr
Previous articleMultiple storylines dropping into Twilight Zone Tower of Terror at Disneyland Paris
Next articleEntertainment Design Corporation Welcomes new executives as it celebrates 25th anniversary