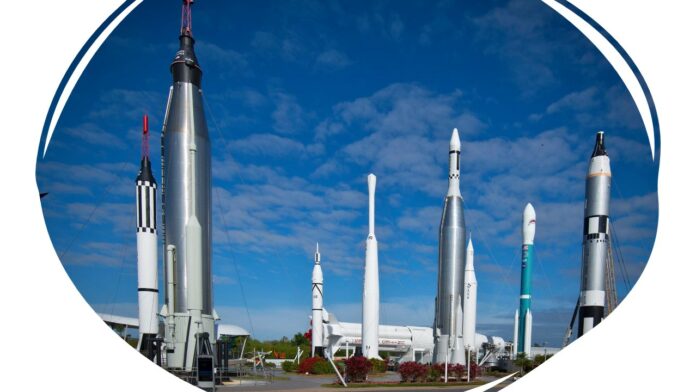 The United Launch Alliance (ULA) Delta II rocket took its place March 23, 2020 among iconic giants in the Rocket Garden at Kennedy Space Center Visitor Complex. The public exhibit will preserve the lasting legacy of the rocket that fostered the Global Positioning System (GPS) and enabled the exploration of Mars.

“While IceSat-2 marked its final mission in 2018, Delta II’s legacy will live on in the technology and exploration it delivered for nearly 30 years, including GPS and the Spirit and Opportunity Mars rovers,” said Tory Bruno, ULA’s president and CEO. “We are excited to honor the legacy of the Delta II and pay tribute to the people who designed, built and launched it for nearly three decades.”

The Delta II served as a venerable industry workhorse, launching 155 times. The rocket launched many significant missions including NASA’s rovers Spirit and Opportunity, the Phoenix Mars Lander, ICESat-2, all operational GPS missions through the constellation of 21 GPS II-R missions for the Air Force and commercial missions for Iridium, Globalstar and three DigitalGlobe satellites.

“The Rocket Garden is our most photographed attraction here at Kennedy Space Center Visitor Complex,” said Therrin Protze, chief operating officer, “and when you visit you know why. The rockets here represent so much more than just engineering feats of technology. They are  a permanent tribute to the scientists and engineers who turned dreams of spaceflight into reality. The Rocket Garden is a testament to the innovation of our space program, and the addition of ULA’s Delta II represents our recent accomplishments in space exploration. It’s something you cannot see anywhere else.”

ULA selected Kennedy Space Center Visitor Complex to receive the final vehicle for this outdoor exhibit to inspire current and future generations to learn about the rocket’s rich history. Positioned among rockets and space vehicles from NASA’s Mercury, Gemini and Apollo programs the Delta II will help visitors learn about its contribution to life on Earth, science and exploration. Other rockets featured in the Rocket Garden include the ULA-heritage Delta-Thor, Juno 1 and Juno II, Mercury-Redstone, Mercury-Atlas and Atlas-Agena, Gemini-Titan II and the Saturn 1B launch vehicles.

Joe Kleimanhttp://wwww.themedreality.com
Raised in San Diego on theme parks, zoos, and IMAX films, Joe Kleiman would expand his childhood loves into two decades as a projectionist and theater director within the giant screen industry. In addition to his work in commercial and museum operations, Joe has volunteered his time to animal husbandry at leading facilities in California and Texas and has played a leading management role for a number of performing arts companies. Joe has been News Editor and contributing author to InPark Magazine since 2011. HIs writing has also appeared in Sound & Communications, LF Examiner, Jim Hill Media, and MiceChat. His blog, ThemedReality.com takes an unconventional look at the attractions industry. Follow on twitter @ThemesRenewed Joe lives in Sacramento, California with his fiancé, two dogs, and a ghost.
Share
Facebook
Twitter
Linkedin
Email
Print
WhatsApp
Pinterest
ReddIt
Tumblr
Previous articleAt the America’s Cup in Auckland, NZ
Next articleDisneylandForward initiative seeks community support for changing Anaheim municipal code