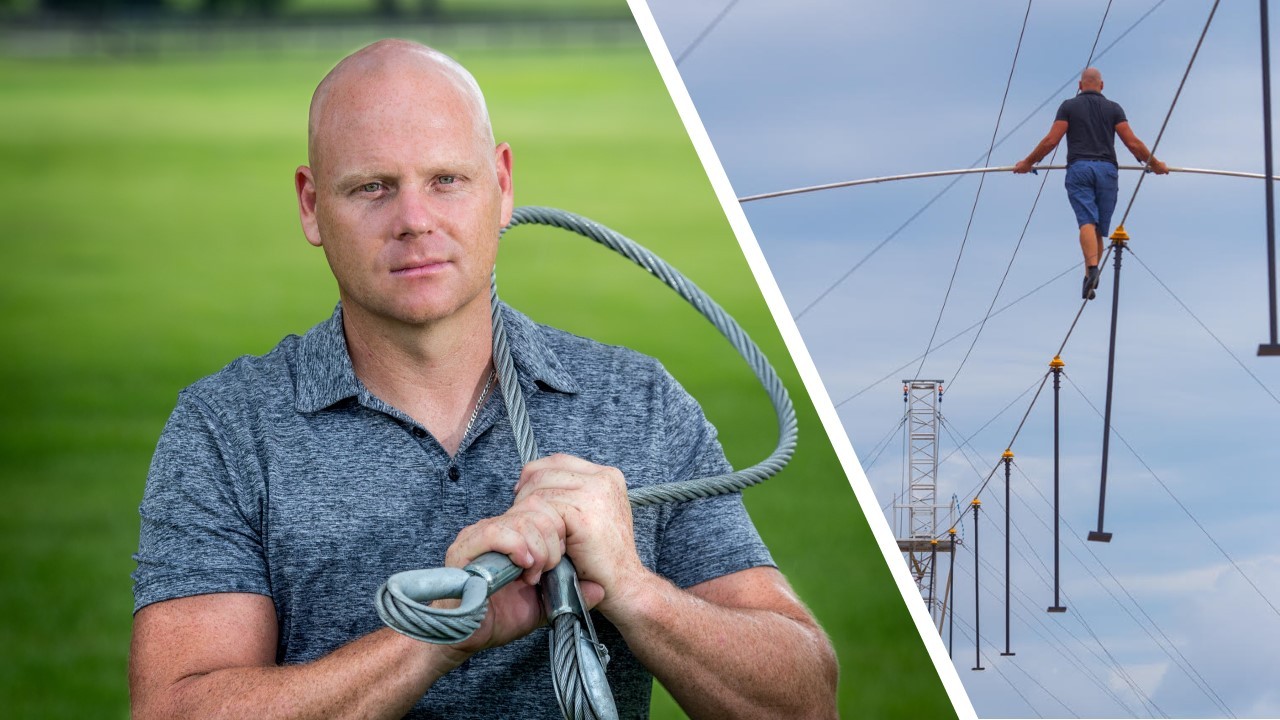 A stunt-stacked weekend will kick off on Friday, February 12 as world-renowned daredevil Nik Wallenda will walk across a high wire five stories above park guests to celebrate the debut of LEGOLAND® Florida Resort’s all-new Brickbeard’s Watersports Stunt Show and PirateFest Weekends.

In true pirate-fashion, Wallenda will “walk the plank” 60 feet in the air from inside the Theme Park to the new LEGOLAND® Pirate Island Hotel to kick off the Resort’s first ever pirate invasion. Park and hotel guests are invited to take part in the fun by watching this nail-biting stunt safely from the ground. This one-time-only event will be no “walk in the park” for the Wallenda Team as they will construct a high wire longer than 500 feet for the walk. They will also work closely with LEGOLAND Master Model Builders to craft LEGO® bricks onto Wallenda’s 28-foot balance pole.

This daring demonstration is the first event in a year-long celebration for the Park’s 10th birthday.

From the skies to the seas, the stunts keep coming with the all-new show and event!

Launching Feb. 12, this epic new show features stunts, choreographed to an original score of “punk pirate” tunes and a never-before seen, new LEGO® character. Named by LEGOLAND Florida’s social media fans and co-developed with LEGO masterminds, the cunning and fierce female pirate, “Calico Jade,” joins fan-favorite Captain Brickbeard as he whips his crew of new recruits into shape through a series of thrilling stunts on the seas.

With the all-new Brickbeard’s Watersports Stunt Show weighing anchor, the Theme Park will be overtaken by the famous pirate’s feisty friends, for its first ever PirateFest Weekends! Also debuting Feb. 12, PirateFest Weekends will run for three consecutive weeks, through Feb. 28. Crafty crews can play like pirates with three new LEGO character meet and greets. An all- new musical show will take over the LEGO City Stage, and specialty food will feed even the hungriest buccaneers.

The party continues long after the Park closes when families stay onsite at the all-new LEGOLAND Pirate Island Hotel. Located just 130-kid steps away from the front gate, this adventure-packed hotel is the ultimate family destination for a long weekend or vacation, and every stay at Pirate Island Hotel includes a free family-style breakfast, nightly pirate fun and in-room treasure hunts.

These new events, along with all upcoming 10th birthday party moments, are included with general admission. The Awesomer Annual Passes grants unlimited admission to the Theme Park and Water Park with no blockout dates for less than $13/month.