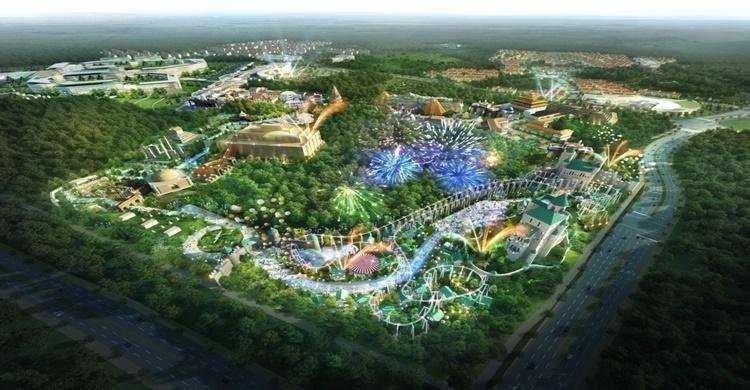 On the heels of last week’s announcement of Lionsgate’s first outdoor branded theme park at Jeju Island, Korea, Kerry Phelan has been promoted to President of Global Franchise Management, it was announced by Lionsgate Chief Brand Officer and President of Worldwide Marketing Tim Palen, to whom she reports.

Since joining Lionsgate three years ago, Ms. Phelan has helped leverage Lionsgate’s large and diversified portfolio of film and television properties across multiple platforms and created significant new incremental business for the studio.  Under her direction and the oversight of Mr. Palen, the newly-formed Franchise Management Group has created brand extensions spanning location-based and live entertainment venues, consumer products, licensed merchandise, brand partnerships and an array of promotional ventures.

In addition, Lionsgate recently launched a 125-city “La La Land in Concert” world tour, inspired by its multiple Academy Award® winning blockbuster film.  The tour debuted to rave reviews at the Hollywood Bowl in May.

“Kerry Phelan is an astute strategist and brand builder who understands how to extend the life of our film and television properties by attracting partners and engaging fans around the world,” said Mr. Palen. “Her promotion reflects not only her vision and leadership but the continued rapid growth of our tremendous portfolio of IP and the Company’s commitment to both.”

Ms. Phelan’s team has partnered with best-in-class companies including Hasbro, Funko and BioWorld for the licensing and merchandising of products based on Lionsgate’s brands, ranging from toys and apparel to costumes and collectibles. They have also worked with major global brands including GapKids, Kellogg’s and Samsung on promotional activations to supplement the reach of Lionsgate’s marketing campaigns and drive box office.

Prior to joining Lionsgate, Ms. Phelan was head of consumer products and licensing for DreamWorks Animation for seven years.  She also worked at Pixar overseeing the consumer products & marketing partnership business during the launch of Pixar’s blockbuster franchise Cars.

Her first job in entertainment was at Lucasfilm Ltd., where she led the global consumer products & promotional licensing business for the Star Wars brand.  She started her career at LEGO Systems Inc. as a brand marketer and ultimately became a senior member of their brand marketing group.

In addition to being Korea’s first international theme park, Lionsgate Movie World at Jeju Shinhwa World will be the first outdoor theme park built exclusively around world-famous movies.  It is also the largest destination attraction to date in Lionsgate’s growing international network of branded theme parks, entertainment centers and other attractions in the U.S., Europe, the Middle East and Asia. The project will be developed into seven movie zones, each themed around blockbuster Lionsgate properties which have collectively grossed nearly $9 billion at the global box office.  These include The Hunger Games, The Twilight Saga and Now You See Me as well as the eagerly-anticipated March 2018release Robin Hood.

Mr. Yang Zhihui, Chairman and Executive Director of Landing International Development Limited, said, “It is our great honour to have Lionsgate as our partner. We are very excited to have the first Lionsgate Movie World at Jeju Shinhwa World bringing Hollywood movies and their immersive environments to our theme park to deliver a premium guest experience. With Lionsgate’s success in the content creation industry, we strongly believe that Lionsgate Movie World at Jeju Shinhwa World will enhance our offerings and further strengthen Jeju Shinhwa World’s market position as a desired tourist destination in Jeju.”

“We’re pleased to partner with our friends at Landing International, one of Asia’s premier developers, on our first branded outdoor theme park and one of our largest and most exciting location-based entertainment destinations,” said Lionsgate Chief Executive Officer Jon Feltheimer.  “Our partners are creating a world-class resort that will be the perfect home for our theme park.  Under the leadership of Tim Palen, Kerry Phelan and Jenefer Brown, and driven by a valuable portfolio of intellectual property, we have built a global location-based entertainment business in just three short years, and Lionsgate Movie World promises to become one of its crown jewels.”

Launched at the beginning of 2017, Jeju Shinhwa World is opening in phases and will be one of Korea’s most exciting and prestigious world-class integrated leisure and entertainment resorts.  More details are available on Jeju Shinhwa World’s website (https://www.shinhwaworld.com/).

Joe Kleimanhttp://wwww.themedreality.com
Raised in San Diego on theme parks, zoos, and IMAX films, InPark's Senior Correspondent Joe Kleiman would expand his childhood loves into two decades as a projectionist and theater director within the giant screen industry. In addition to his work in commercial and museum operations, Joe has volunteered his time to animal husbandry at leading facilities in California and Texas and has played a leading management role for a number of performing arts companies. Joe previously served as News Editor and has remained a contributing author to InPark Magazine since 2011. HIs writing has also appeared in Sound & Communications, LF Examiner, Jim Hill Media, The Planetarian, Behind the Thrills, and MiceChat His blog, ThemedReality.com takes an unconventional look at the attractions industry. Follow on twitter @ThemesRenewed Joe lives in Sacramento, California with his wife, dog, and a ghost.
Share
Facebook
Twitter
Linkedin
Email
Print
WhatsApp
Pinterest
ReddIt
Tumblr
Previous articleMagic Mountain Becomes First Six Flags Year-Round Destination
Next articleVRstudios Maximizes NVIDIA and Unity Technology for “Terminal 17” VR Arena Experience