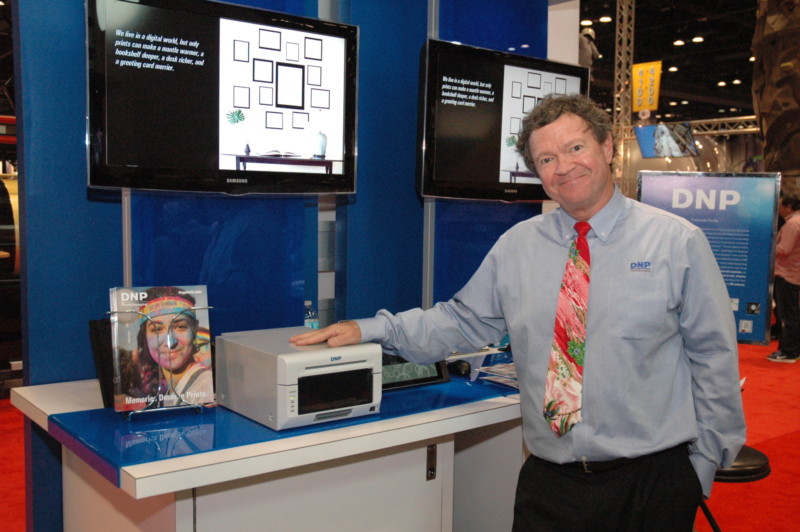 “The theme of the day is ‘It doesn’t have to be expensive,’” says Cliff Reeves, US and International Sales Manager for DNP Photo. He’s referring to a traditional souvenir photo system. Smaller venues such as zoos, museums and small parks may see the extensive systems a large property has and think the technology is out of their reach. “Not so,” says Reeves. “The key engine in a photo system is the printer, so you need a good camera and a good printer, but everything else is just enabling that technology to work better.”

During the IAAPA Expo, DNP was showcasing the latest update to its WPS-1 product, a Wireless Print Server system that connects the camera to the printer and allows for photo customization in the process.

With an investment of around $1,000 customers receive the WPS server and a printer. They only need their own wireless camera to complete the system.

Once a photographer takes a photo it is sent to the wireless server. There are two options for what happens next. The system can be set to either automatically print the photo or send it to a review device for the customer to see later on.

The owner also has the opportunity to customize a border for photos to incorporate a logo or other text.

“This system embraces the social and wireless world,” explains Reeves. “Customers can share photos almost instantly to the web.”

The WPS-1 system has been available for six months. More information on the newest revision to the software is available at www.dnpphoto.com