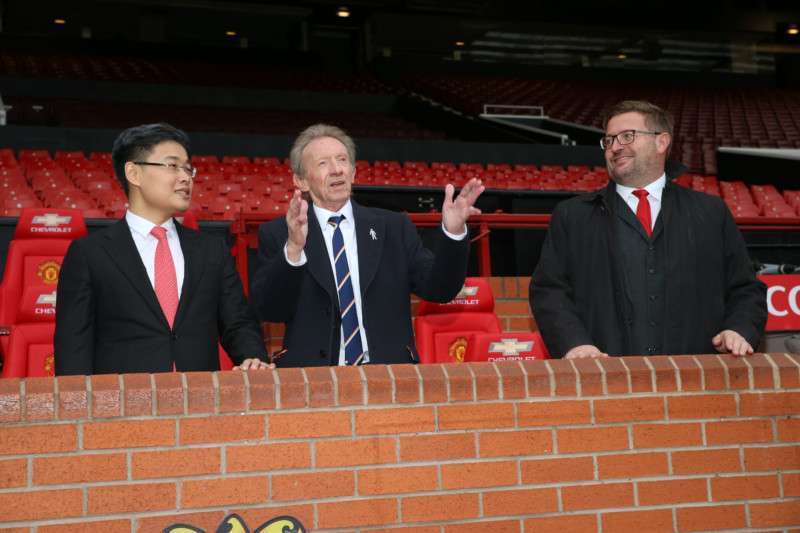 Manchester United, in partnership with leading Chinese property developer, Harves, has announced that it will open a series of club themed entertainment and experience centers throughout China.

The first Manchester United Entertainment and Experience Centres are scheduled to open in Beijing, Shanghai and Shenyang by the end of 2020. They will use interactive attractions and exhibitions to bring the excitement of Manchester United and its Old Trafford stadium to the iconic club’s 100 million followers in China, giving fans a place to celebrate the team they so passionately support and further deepening the special relationship the club has with China.

The Beijing center will be located within the Beijing FUN development, in the historic Qianmen Dashilan area right next to Tiananmen Square and the Forbidden City.

Each venue will feature interactive and immersive experiences, using state-of-the-art technology to bring Manchester United to life. Fans who visit will be able to experience the thrill of a matchday at Old Trafford as well as learn the history and heritage of English football’s most successful and storied club.

Each Manchester United Entertainment and Experience Centre will offer visitors a different experience and will include restaurants, along with a club retail store.

Manchester United’s Group Managing Director, Richard Arnold comments: “We’re very excited to be partnering with Harves on the Manchester United Entertainment and Experience Centres concept, offering our millions of Chinese fans the chance to experience the club in a new and innovative way. We first visited China in 1975 and we’re proud to have seen our fan base in the region grow and develop their passion for United over the years. This new concept will allow them to get closer to the club they love.”

Harves CEO Bo Zhang comments: “Harves is honoured to partner with Manchester United and bring our property development expertise in the creation of these centres. They were the first club to broadcast games in China and I can remember setting my alarm to watch the best players in the world play. Manchester United was also the first to tour China and the first to host fan events in the country.  But they are so much more than a football club. They are always striving for excellence in the way they approach life. We are excited to bring the rituals and emotions of the Manchester United experience to the youth in China, capturing what it feels like to be a member of this elite club.  Rooted in its unique approach to training, its storied legacy and leadership, and its status as the most successful club in the world, we will create a fully immersive experience that entertains, educates, and inspires the next generation of football fans.”

Joe Kleimanhttp://wwww.themedreality.com
Raised in San Diego on theme parks, zoos, and IMAX films, InPark's Senior Correspondent Joe Kleiman would expand his childhood loves into two decades as a projectionist and theater director within the giant screen industry. In addition to his work in commercial and museum operations, Joe has volunteered his time to animal husbandry at leading facilities in California and Texas and has played a leading management role for a number of performing arts companies. Joe previously served as News Editor and has remained a contributing author to InPark Magazine since 2011. HIs writing has also appeared in Sound & Communications, LF Examiner, Jim Hill Media, The Planetarian, Behind the Thrills, and MiceChat His blog, ThemedReality.com takes an unconventional look at the attractions industry. Follow on twitter @ThemesRenewed Joe lives in Sacramento, California with his wife, dog, and a ghost.
Share
Facebook
Twitter
Linkedin
Email
Print
WhatsApp
Pinterest
ReddIt
Tumblr
Previous articleSEVEN to open first of its Saudi entertainment complexes in Riyadh
Next articleWalt Disney World provides first details for NBA Experience at Disney Springs