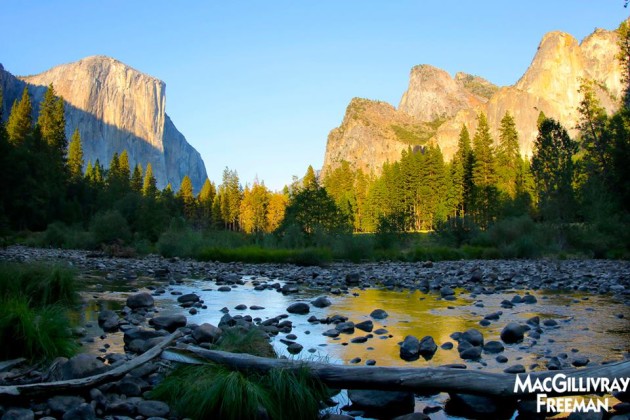 Laguna Beach, CA, USA (July 30, 2015) –MacGillivray Freeman Films in partnership with Brand USA is pleased to announce their next release for IMAX and giant-screen theatres – “NATIONAL PARKS ADVENTURE.” Presented by Expedia, Inc., the 3D film is scheduled for global release on February 12, 2016 to coincide with the centennial of the National Park Service next year.

Narrated by Academy Award winner Robert Redford, “NATIONAL PARKS ADVENTURE” takes audiences on the ultimate off-trail adventure into the nation’s awe-inspiring great outdoors and untamed wilderness. Told from the perspective of national parks ambassador and world-class mountaineer Conrad Anker, his stepson Max Lowe (an adventure photographer) and family friend Rachel Pohl, these modern-day explorers visit spectacularly wild and beautiful places — including Yellowstone, the Everglades, the Redwoods, and Arches – revealing a tapestry of natural wonders that will inspire the adventurer in all of us. Captured with IMAX 3D cameras and shown in full glory in giant screen theatres, “NATIONAL PARKS ADVENTURE” celebrates the majesty of our national parks and treasured landscapes and highlights the importance of protecting them for all.

“‘NATIONAL PARKS ADVENTURE captures the stunning beauty of our wild places and reminds us these landscapes are an essential part of the human spirit,” states narrator and conservationist Robert Redford. 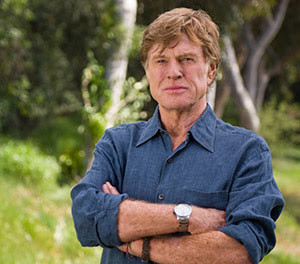 “I can’t think of a more perfect narrator for ‘NATIONAL PARKS ADVENTURE’ than Robert Redford, whose passion for the outdoors and environmental interests as well as his distinctive voice and charisma, makes him the ideal storyteller for our film,’ says Director, Greg MacGillivray.  “There are 408 national parks in our country that many families have not been able to explore. Our hope is that ‘NATIONAL PARKS ADVENTURE’ will encourage our audiences to discover the beauty and sanctuary of these American treasures.”

“We shot ‘NATIONAL PARKS ADVENTURE’ in 30 national parks over a nine month period,” says Shaun MacGillivray, Producer of “NATIONAL PARKS ADVENTURE” and President of MacGillivray Freeman Films.  “We had four crews shooting the film including a time lapse crew, aerial crew, ground crew and TV crew.  Using IMAX cameras in these vast national parks enabled us to capture every vantage point of these natural wonders and bring the most vivid colors and landscapes to our audiences. The addition of Robert Redford narrating this film for us is the pinnacle of this project, tying all of these remarkable elements together.”

“NATIONAL PARKS ADVENTURE” follows in the tradition of MacGillivray Freeman’s award-winning Great Adventure Films – including “EVEREST”, “DOLPHINS”, “JOURNEY INTO AMAZING CAVES” and “TO THE ARCTIC” – that are set in some of the most extraordinary locations on the planet.

Working in collaboration with Brand USA – which is the destination-marketing organization for the United States – allows for “NATIONAL PARKS ADVENTURE” to become the centerpiece of their global marketing initiative for their 2015-2016 “Great Outdoors” campaign.

“We are thrilled to have Robert Redford lend his voice to the project,” said Thomas Garzilli, senior vice president of global partner marketing for Brand USA. “As the destination marketing organization for the United States, we never saw ourselves in the movie business, but now, as we wrap up post production of ‘NATIONAL PARKS ADVENTURE’, we can’t imagine a better way to tell the stories of some of our country’s most treasured assets – the national parks.”

Additionally, the film will be presented by Expedia, Inc, one of the world’s leading travel companies with a multi-million dollar partnership to bring worldwide film marketing support to both domestic and international exhibitors.

Robert Redford is an ardent conservationist and environmentalist, a man who stands for social responsibility and political involvement, and an artist and businessman who is a staunch supporter of uncompromised creative expression.

Redford landed his first Broadway starring role in SUNDAY IN NEW YORK, followed by LITTLE MOON OF ALBAN and Neil Simon’s BAREFOOT IN THE PARK, directed by Mike Nichols. His first movie role was in WAR HUNT. He reprised the role of Paul Bratter in the film version of BAREFOOT IN THE PARK, for which he received praise from critics and audiences. In 1969, Redford and Paul Newman teamed to star in BUTCH CASSIDY AND THE SUNDANCE KID. Directed by George Roy Hill, the film became an instant classic and firmly established Redford as one of the industry’s top leading men. He, Newman and Hill later reunited for THE STING, which won seven Oscars, including Best Picture, and brought Redford his Best Actor nomination.

He has since built a distinguished acting career, starring in such notable films as JEREMIAH JOHNSON, THE WAY WE WERE, THE GREAT GATSBY, THREE DAYS OF THE CONDOR, THE GREAT WALDO PEPPER, BRUBAKER, A BRIDGE TOO FAR, THE NATURAL, OUT OF AFRICA, LEGAL EAGLES, SNEAKERS, INDECENT PROPOSAL AND UP CLOSE AND PERSONAL, SPY GAME, THE LAST CASTLE, THE CLEARING, AN UNFINISHED LIFE and ALL IS LOST. Currently, Redford can be seen in A WALK IN THE WOODS, a film he produced based on the Bill Bryson novel co-starring Nick Nolte.  In October, Redford will star as Dan Rather in Sony Pictures’ Classics’ TRUTH, directed by James Vanderbilt and also starring Cate Blanchett and Elizabeth Moss.  The film chronicles the news story that irreversibly changed the life and legacy of legendary news anchor Dan Rather, and is based on the book Truth and Duty by Mary Mapes.  Redford also recently wrapped Disney’s PETE’S DRAGON, directed by David Lowery, co-starring Bryce Dallas Howard.  The film is scheduled for release in spring 2016.

Redford has starred in several films produced by his own Wildwood Enterprises, including DOWNHILL RACER, THE CANDIDATE, THE ELECTRIC HORSEMAN and ALL THE PRESIDENT’S MEN, which earned seven Oscar nominations including Best Picture.

A large part of Redford’s life is his Sundance Institute, which he founded in 1981, and is dedicated to the support and development of emerging screenwriters and directors of vision, and to the national and international exhibition of new independent cinema. He has received the Screen Actors Guild’s Lifetime Achievement Award, an Honorary Academy Award, the Kennedy Center Honors, and the LEGION D’HONNEUR medal, France’s highest recognition. Robert Redford has been a noted environmentalist and activist since the early 1970s and has served for almost 30 years as a Trustee of the Board the Natural Resources Defense Council.

Joe Kleimanhttp://wwww.themedreality.com
Raised in San Diego on theme parks, zoos, and IMAX films, InPark's Senior Correspondent Joe Kleiman would expand his childhood loves into two decades as a projectionist and theater director within the giant screen industry. In addition to his work in commercial and museum operations, Joe has volunteered his time to animal husbandry at leading facilities in California and Texas and has played a leading management role for a number of performing arts companies. Joe previously served as News Editor and has remained a contributing author to InPark Magazine since 2011. HIs writing has also appeared in Sound & Communications, LF Examiner, Jim Hill Media, The Planetarian, Behind the Thrills, and MiceChat His blog, ThemedReality.com takes an unconventional look at the attractions industry. Follow on twitter @ThemesRenewed Joe lives in Sacramento, California with his wife, dog, and a ghost.
Share
Facebook
Twitter
Linkedin
Email
Print
WhatsApp
Pinterest
ReddIt
Tumblr
Previous articleNeptune Benson Introduces New Automated Controller for Defender Regenerative Media Filter
Next articleNinjas Sneak New Attractions Into LEGOLAND California for 2016