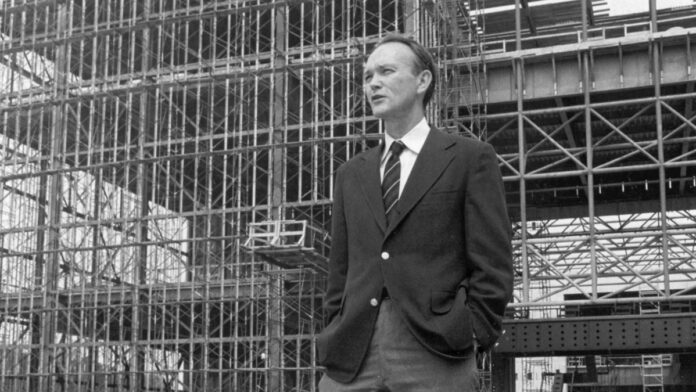 When I was growing up, I met a lot of astronauts – men who had participated in the Mercury, Gemini, and Apollo missions. My grandfather was a retired Air Force officer who fostered within me an interest in astronomy and space exploration. Whenever an astronaut would speak at one of the many clubs he belonged to, he’d always find a way to bring me along.

One of those astronauts was Michael Collins, who had flown on Gemini 10 and served as CAPCOM on Apollo 8. On Apollo 11, which placed the first humans on the surface of the moon, he had served as Command Module Pilot. My grandfather told me that, in his opinion, Collins was the bravest of the three crew members. “While the other two guys are on the surface together in a buddy system, he’s up there circling the moon, all alone, waiting for their return.”

I was eight years old when I saw Collins speak. He skirted discussion on his history as an astronaut and instead spoke about the museum from which he had recently retired as Director – the Smithsonian’s National Air and Space Museum (NASM) in Washington, D.C. This is how I remember Collins – as the museum’s director from 1971-1978, during which time he oversaw construction and opening on the National Mall of one of the world’s most popular and important museums.

Michael Collins passed away on April 28, 2021. We asked a few highly regarded professionals from within the planetarium and giant screen cinema fields to share their recollections of Collins.

We are grateful to Ian McLennan, Von Del Chamberlain, Lori Rick, Greg MacGillivray, and James Neihouse for their assistance and participation.

We were able to occupy the building ahead of schedule and under budget! What an honor and pleasure it was to work at the new Smithsonian Institution National Air and Space Museum (NASM) under the capable, credible, knowledgeable, yet humble, direction of Michael Collins. It was a huge undertaking to plan, arrange, assemble, move, accomplish and open this spectacular museum as part of the celebration of the American Bicentennial. The ribbon was cut by a radio signal from a spacecraft orbiting the planet Mars.

My role as Chief of the Education and Presentation Division of NASM primarily involved planning, administrating and presenting programs for the Samuel P. Langley Theater (IMAX), the Albert Einstein Spacearium (planetarium), and general education programs of the museum. The West German government gave a Carl Zeiss model IV planetarium projector to NASM as a Bicentennial gift.

In addition to creation of IMAX films and planetarium shows, our education programs involved a large number of volunteers, many coming from the NASA/FAA building across the street, south of the museum to present tours to the constantly arriving guests from all over the world. NASM logged the highest volume of visitors of any of the world’s museums, totaling as many as 10 million in some years.

Perhaps Michael Collins might be remembered by some as the “forgotten Apollo 11 astronaut,” the one who remained alone in control of the Command Module while Neil Armstrong and Buzz Aldrin walked on the Moon. We must not forget, however, that it was Collins who ushered the mission safely back to planet Earth. Without a doubt, he could have walked the lunar surface as commander of a later Apollo mission, but he chose a different path that included spearheading the creation of one of the world’s finest institutions that continues to impart highest quality space science education to vast numbers of people.

Michael Collins was one of the best leaders I have ever worked with. When he was in charge of the National Air and Space Museum and its new building—a huge new building that would house all of the wonders of the air and space age–he did so with grace and creativity. When he talked to me about making the first IMAX film for the museum’s brand-new IMAX theater, which was only the fourth IMAX theater in the world, he said “give me a film that will be fun to watch and that doesn’t contain a lot of facts and figures, because those are represented elsewhere in the museum.  Give the audience the feeling of flying.”  He also said, “Greg, don’t ask me any questions for the next year and a half because I have an amazing museum to build. I’ll see you in a year and a half with your wonderful film.”   That’s the essence of a true, positive leader: hire someone you trust, step aside and let them work at it. He was an outstanding person at the right place and time. I loved working with Michael.

Very sad to hear of the passing of Michael Collins. He was a great explorer and a wonderful person.

I am where I am today in part because General Collins made the suggestion to Graeme Ferguson (IMAX co-founder) that IMAX should fly their camera in space because, as an astronaut, he felt that IMAX was the best way to share his experience of space flight with the human race.

Graeme took that suggestion and built the IMAX Space Team, of which I have been a part of since 1984. We have since made eight IMAX films shot in space that have been seen by hundreds of millions of people around the planet, fulfilling Michael’s wish to share the wonder of seeing the planet from space.

Thank you, Michael Collins for your bravery, your service, and most of all your vision!

Joe Kleimanhttp://wwww.themedreality.com
Raised in San Diego on theme parks, zoos, and IMAX films, Joe Kleiman would expand his childhood loves into two decades as a projectionist and theater director within the giant screen industry. In addition to his work in commercial and museum operations, Joe has volunteered his time to animal husbandry at leading facilities in California and Texas and has played a leading management role for a number of performing arts companies. Joe has been News Editor and contributing author to InPark Magazine since 2011. HIs writing has also appeared in Sound & Communications, LF Examiner, Jim Hill Media, and MiceChat. His blog, ThemedReality.com takes an unconventional look at the attractions industry. Follow on twitter @ThemesRenewed Joe lives in Sacramento, California with his fiancé, two dogs, and a ghost.
Share
Facebook
Twitter
Linkedin
Email
Print
WhatsApp
Pinterest
ReddIt
Tumblr
Previous articleInnovative FOTO offers customizable photo booths for reopening attractions
Next articleHot Ice returns to Blackpool Pleasure Beach as world’s longest running ice show