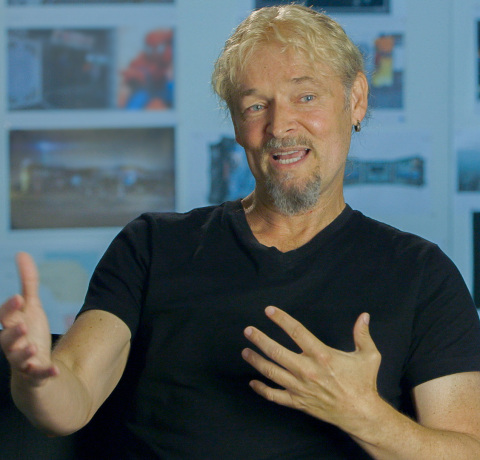 [quote]Hero Ventures was looking for the impossible as we searched for someone to take all of the amazingly unique elements that we developed with Marvel to bring everything to life in this first-of-its-kind production. Thankfully, Jerry Rees brought a lifetime of creativity to the table and took The Marvel Experience to places well beyond our imagination.” — Rick Licht, Hero Ventures CEO[/quote]

Rees has directed a record-setting 16 Disney Theme Park attractions around the world in California, Hong Kong, Florida and Paris, including winning Thea Awards for “Cinemagique” for ‘Best Attraction’, as well as “Animation Magic”, Disney’s new cruise ship attraction which won for ‘Most Innovative Use of Technology.’

Launching later this year, The Marvel Experience is, at its heart, a next-generation event that will fully immerse visitors in an entertainment experience like no other. With one original narrative tying everything together from start to finish, the story will unfold via a series of state-of-the-art multimedia technologies and interactive elements, including a 4-D motion ride, original 3-D animated features and the only commercially available Stereoscopic 360-degree full Dome projection extravaganza.

“’Firsts’ have always energized me…and collaborating with like-minded, pioneering souls over the years to uncover new firsts has always been a joy,” says Jerry Rees. “This visionary project will add more firsts to the list, merging new-media immediacy, immersion and connectivity with a powerfully engaging spectacle. Hero Ventures’ choice of the iconic Marvel IP as the emotional engine and their use of a movable, multi-Dome venue to involve new audiences is inspired. The Marvel Experience will be a shining beacon on the emerging next-gen entertainment horizon and I’m honored to be a part of the project.” 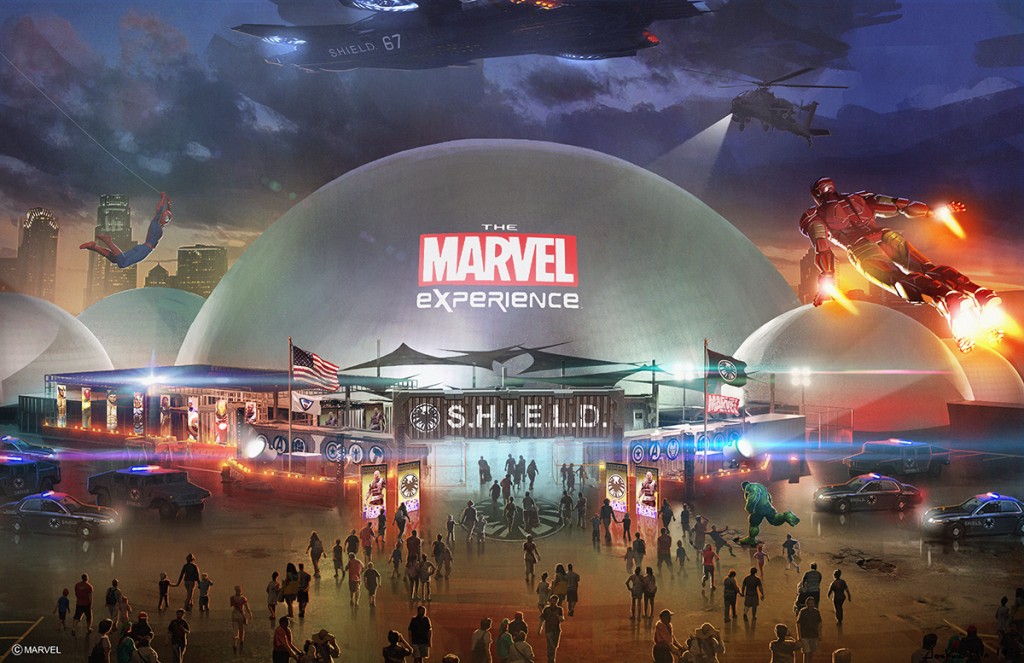 “We couldn’t be more excited about our collaboration with such a multi-talented and accomplished group, merging feature-film quality animated content with Hall of Fame quality scenic/sets in this never-before-seen production,” says Hero Ventures’ COO Doug Schaer. “We expect The Marvel Experience will absolutely redefine entertainment as we know it.”

Leading up to the tour, Hero Ventures will be updating and educating fans on the progress of tour production with the use of blog posts, social media, teaser videos, character reveals and exclusive artwork and images.

Joe Kleimanhttp://wwww.themedreality.com
Raised in San Diego on theme parks, zoos, and IMAX films, InPark's Senior Correspondent Joe Kleiman would expand his childhood loves into two decades as a projectionist and theater director within the giant screen industry. In addition to his work in commercial and museum operations, Joe has volunteered his time to animal husbandry at leading facilities in California and Texas and has played a leading management role for a number of performing arts companies. Joe previously served as News Editor and has remained a contributing author to InPark Magazine since 2011. HIs writing has also appeared in Sound & Communications, LF Examiner, Jim Hill Media, The Planetarian, Behind the Thrills, and MiceChat His blog, ThemedReality.com takes an unconventional look at the attractions industry. Follow on twitter @ThemesRenewed Joe lives in Sacramento, California with his wife, dog, and a ghost.
Share
Facebook
Twitter
Linkedin
Email
Print
WhatsApp
Pinterest
ReddIt
Tumblr
Previous articleUPDATED: From Heaven to Seas: USS Hornet Museum Celebrates 45th Anniversary of the Apollo 11 Splashdown
Next articlePGAV Destinations Promotes Jim Wible to Director of Attraction Development