Nanolumens takes LEDs around the curve

Imagine a direct view LED (dvLED) video display system that can be curved and shaped to fit the surfaces, ceilings, and floors of dark rides, immersive spaces, visitor centers, museums, science centers, aquariums, and zoos. That’s right: this would be a dvLED display system that can be used as a surface treatment basically anywhere that an operator wants to show moving video and computer graphics to guests – without the limitations of rigid display and projection systems.

Now consider the creative possibilities for designers and media producers. The ability to use almost every surface in a space as a moving display system creates exciting options and removes many former limitations. Moreover, the platform would support multiple visual scenarios for the same ride or attraction because their very interiors will display whatever their servers feed to them.

According to Nanolumens, a manufacturer of customized LED video display systems, these possibilities are not fantasy; they are fact. And the technology holds so many possibilities for the attractions industry that the company is addressing it as a market vertical.

Nanolumens says that its flexible Nixel Series dvLED displays with patented True Curve™ technology can go around curves and corners and be tailored to fit uniquely shaped surfaces as well. For designers and operators alike, the results can be video displays that deliver a more seamless, immersive environment and experience. “By using Nanolumens’ flexible dvLED displays, operators can wow their guests with awe-inspiring first and lasting impressions in pretty much any type of venue,” says Arch Nelson, Nanolumens Director of Themed Entertainment/SE Regional Sales Manager.

Historically, LED video displays have been made by attaching red, green and blue LEDs (light-emitting diodes) onto rigid printed circuit boards (PCBs). This fundamental fact explains why LED displays have been built as flat slabs. In those cases where they have been customized to deal with curves, “this has been done by faceting together a series of rigid boards,” says Nelson. “Basically, they’ve been a bunch of flat pieces put together at angles, rather than a true curve.”

In contrast, Nanolumens uses flexible PCBs built from patented Nixel flexible building blocks to mount their dvLEDs. “This allows us to build non-faceted, seamless dvLED displays that can flow around curves and other shapes,” Nelson says. “You can even use our Nixel Series displays to fit inside domes or around globes: There’s just that much flexibility built into our True Curve technology. This is what makes Nanolumens stand out from every other dvLED manufacturer in the business.”

“Nanolumens is known for creating uniquely shaped video displays and attractions,” adds Kurt DeYoung, the company’s Chief Revenue Officer. “Whether it is curves, angles, arches, columns, or any other complex shapes that require engineered video solutions, we do it all.”

“As a result, you can install our Nixel Series dvLED displays in some pretty tight spaces,” concludes Dan Rossborough, Nanolumens’ Director of Strategic Projects. “This just isn’t true for video projection systems that eat into space to house the hardware, or even flat panel displays that compromise curves as they stand out from the wall. Our Nixel Series displays are so thin – just 4 inches – and flexible that they are truly surface treatments. They are simply the best way to deliver video and graphics to guests in the least obtrusive, most effective manner. And the room that they don’t consume gives operators more space to devote to experience enhancements for guests, rather than allowances for video projectors.”

Because these displays can be easily updated, the platform facilitates content and theming changes for seasonal and holiday events and other special programming. The same displays could also be used to entirely refresh an existing ride/attraction with new visual content, or to provide guests with a number of visual scenarios that change each time they come into the space, supporting alternate storylines or non-linear storytelling.

“By employing flexible video displays, a single ride/attraction could now tell many stories by using Nixel Series displays while minimizing capital outlays to make it happen. This should be an especially welcome benefit at a time when parks and attractions are under financial constraints due to fallout from the pandemic but need to deliver new experiences as they welcome back customers,” says Nelson.

For designers, producers and integrators

By creating flexible dvLED displays that take up minimal space in a room while conforming to the shapes and surfaces, Nanolumens appears to have freed designers and producers from a number of creative constraints while opening up new possibilities. Nanolumens Nixel Series displays are like video canvases, just waiting for their brushstrokes.

According to Nanolumens, these flexible video canvases could be used to provide a ride/attraction’s scenic setting, to tell a story with moving imagery, lead guests throughout the space, and even to boost branding, depending on the imagery that the designer chooses to put on the walls (and ceilings, and even floors). The flexible displays can also interface seamlessly with an operator’s existing video assets, networking/routing infrastructure, and libraries of videos and graphics package – optimizing the value of existing content and supporting the creation of new content.

Because this can be a significant paradigm shift for designers, producers, and integrators, Nanolumens provides support and input as needed to help them adapt to this new way of creating AV environments and telling stories within those environments.

“We have a team here called the Special Projects Group,” says DeYoung. “That team is staffed with Nanolumens designers who are here to work with our customers, whether they are end users or integrators, to help them get the most out of our flexible displays and realize their creative visions.” He encourages including the Nanolumens Special Projects Group in early stages of the design process.

The flexibility of Nanolumens’ dvLED Nixel Series displays is just one aspect of this technology. According to the company, the entire Nixel display system has been designed to provide reliable, color-accurate, and consistent video/graphics performance from the first minute a Nixel Series display is turned on.

This is why Nanolumens’ Nixel Series – and indeed all of its displays – offer fine-tuned color accuracy and high-resolution imagery to maximize picture quality, explains DeYoung. “Advanced processing and control solutions embedded into our displays allow for true-to-life color accuracy at all times,” he says. “Our seamless technology delivers edge-to-edge brilliance that immerses guests in magical new ways, driven by stunning dvLED visuals that elevate the guest’s experiences using infinite pixel canvases.”

Nanolumens’ Nixel Series displays also are designed to deliver practical benefits to operators, such as minimal maintenance beyond screen cleaning/dusting plus long-term reliability. “All of our products come with a standard, six-year warranty that covers all components right down to the individual pixel,” Nelson said. “Spare parts are included in all of our applications at no extra cost, and we are so confident in our displays that our six-year warranty can be extended to 10 years.” He added that Nanolumens’ Nixel Series displays can operate at lower light levels if needed, allowing operators to stay within their power budgets and keep their energy costs under tight control.

The takeaway: the flexible Nixel Series displays made by Nanolumens are intended to be fiscally smart to buy and operate, and promotionally smart to use to attract and retain paying guests. This is why these displays’ use of True Curve technology is just one element of their total story, and just one of many benefits that the company hopes to deliver to amusement parks and attractions operators.

The choice of top operators

In the attractions industry, NDAs are a fact of life and Nelson is reticent when it comes to stating which operators are using these unique displays. However he does say “we’re doing work with the biggest theme park companies in the world, which means that they trust us. We’ve done some unique applications for them. And we’ve done so while meeting all of their safety specifications, which can be very stringent. This is why you will see Nanolumens’ Nixel Series displays curving around the walls and ceilings of the world’s best rides/attractions and turning up in more locations with each passing week,” says Nelson.

Nanolumens displays will be on exhibit at the Electrosonic booth at the 2022 IAAPA Expo in Orlando, Florida, November 15-18. Visit www.nanolumens.com. • • • 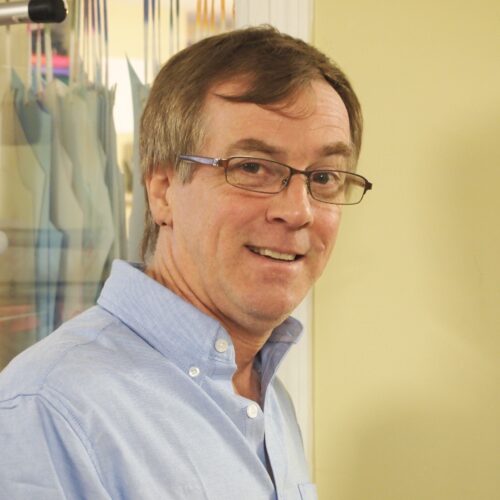