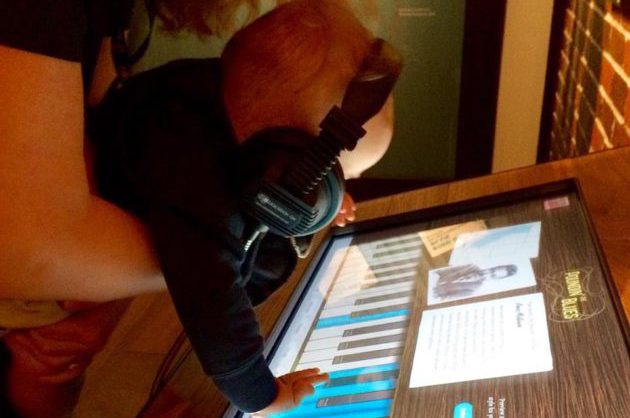 To date, only three other cultural exhibitions in the world — the Bob Marley Museum in Kingston, Jamaica, The Woody Guthrie Center in Tulsa, Oklahoma, and The Beatles Story in Liverpool, England — have been named cultural affiliates. “We are honored that the GRAMMY Museum recognizes the cultural importance of the blues and that they are supporting our efforts to preserve the history and celebrate the music,” says Executive Director Dion Brown. “As an affiliate, we recognize that having access to their resources and opportunities can only improve upon what the National Blues Museum offers to the art and its guests.” Santelli and the entire GRAMMY Museum team were key advisors in helping plan the National Blues Museum since its inception phase, and will remain involved as the museum moves forward in mapping its growth and cultural outreach.

Joe Kleimanhttp://wwww.themedreality.com
Raised in San Diego on theme parks, zoos, and IMAX films, InPark's Senior Correspondent Joe Kleiman would expand his childhood loves into two decades as a projectionist and theater director within the giant screen industry. In addition to his work in commercial and museum operations, Joe has volunteered his time to animal husbandry at leading facilities in California and Texas and has played a leading management role for a number of performing arts companies. Joe previously served as News Editor and has remained a contributing author to InPark Magazine since 2011. HIs writing has also appeared in Sound & Communications, LF Examiner, Jim Hill Media, The Planetarian, Behind the Thrills, and MiceChat His blog, ThemedReality.com takes an unconventional look at the attractions industry. Follow on twitter @ThemesRenewed Joe lives in Sacramento, California with his wife, dog, and a ghost.
Share
Facebook
Twitter
Linkedin
Email
Print
WhatsApp
Pinterest
ReddIt
Tumblr
Previous articleInteractive App Ties in With New LEGO NEXO KNIGHTS 4D Experience at LEGOLAND California
Next articleWyatt Design Group Brings to Life the World of the Walking Dead at Universal Studios Hollywood’s New Year-Round Attraction