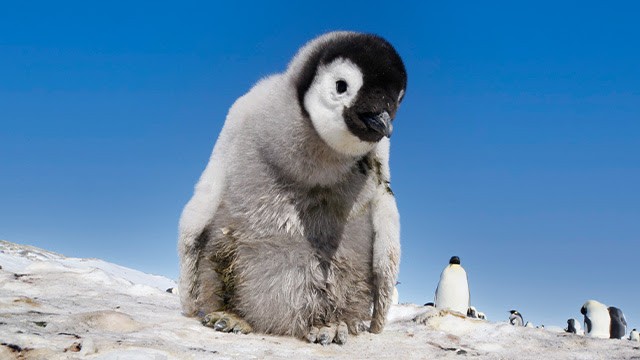 Join the huddle in Penguins 4D

Penguins 4D is a 13-minute 4D Experience® that follows both emperor and rockhopper penguins featuring exclusive point-of-view footage, courtesy of robotic penguin Spy Cameras. Being accepted into the huddle, these “Spy Cams” captured the species’ most candid moments.

Penguins 4D brings us on a journey as these two colonies overcome life’s obstacles on land and sea. Using groundbreaking technology, we get closer to these incredible animals than ever before. The exclusive Spy Cameras capture their playful, hard-working, and intelligent nature. Sometimes these “Spy Cams” even captured their humorous mishaps! Penguins 4D highlights the emperor and rockhopper species as they swim, hop and splash their way through life.

Penguins 4D is a John Downer Production, the award-winning internationally renowned wildlife production company. With new and exciting immersive techniques, including the use of Spy Cameras, Penguins 4D invites the audience directly into these animals’ lives and their world.

Penguins 4D launched at the Museum of Science in Boston this May.

Watch the trailer & find out more!