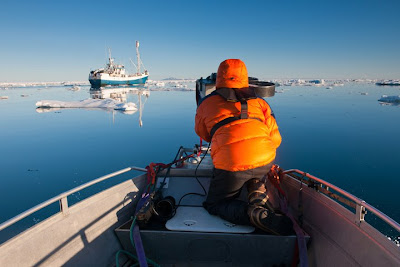 An extraordinary journey to the top of the world as few people have ever seen it, To The Arctic tells a compelling tale of survival, with global implications. Through the power of IMAX®, audiences will be transported to one of the most remote and spectacularly beautiful places in the world and experience an emotional story of love, family and hope.

About To The Arctic
Narrated by Oscar® winner Meryl Streep, the film takes audiences on a never-before-experienced journey into the lives of a mother polar bear and her twin seven-month-old cubs as they navigate the changing Arctic wilderness they call home. Captivating and intimate footage brings moviegoers up close and personal with this family’s struggle to survive in a frigid environment of melting ice, immense glaciers, spectacular waterfalls, and majestic snow-bound peaks.

Warner Bros. Pictures and IMAX® Filmed Entertainment present a MacGillivray Freeman Film, “To The Arctic,” a One World One Ocean presentation, directed by two-time Academy Award®-nominated filmmaker Greg MacGillivray (“The Living Sea,” “Dolphins”). Filmed in 15/70mm IMAX®, “To The Arctic” is written and edited by Stephen Judson (“Everest”), and produced by Shaun MacGillivray (“Grand Canyon Adventure: River at Risk”). The musical score is by Steve Wood, with songs by Paul McCartney.

The film has been rated G and has a run time of 40 minutes.

For theaters and showtimes, visit www.imax.com

Joe Kleimanhttp://wwww.themedreality.com
Raised in San Diego on theme parks, zoos, and IMAX films, InPark's Senior Correspondent Joe Kleiman would expand his childhood loves into two decades as a projectionist and theater director within the giant screen industry. In addition to his work in commercial and museum operations, Joe has volunteered his time to animal husbandry at leading facilities in California and Texas and has played a leading management role for a number of performing arts companies. Joe previously served as News Editor and has remained a contributing author to InPark Magazine since 2011. HIs writing has also appeared in Sound & Communications, LF Examiner, Jim Hill Media, The Planetarian, Behind the Thrills, and MiceChat His blog, ThemedReality.com takes an unconventional look at the attractions industry. Follow on twitter @ThemesRenewed Joe lives in Sacramento, California with his wife, dog, and a ghost.
Share
Facebook
Twitter
Linkedin
Email
Print
WhatsApp
Pinterest
ReddIt
Tumblr
Previous articleVIDEO: FIrst Look at Universal’s Cinematic Spectacular
Next articleToronto Zoo Loses AZA Accreditation