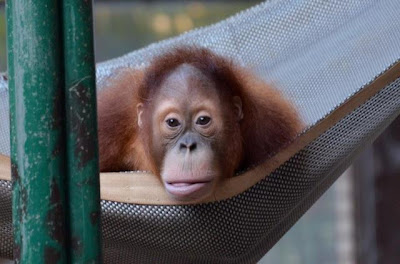 Toronto, Ontario, Canada (April 18, 2012) /PRNewswire/ – The Toronto Zoo announced today that they have been denied the accreditation of Association of Zoos and Aquariums (AZA) effective immediately and will be ineligible for re-application until March 1, 2013. The Board of Directors of the AZA voted unanimously to deny the accreditation based largely upon the inability of the Toronto Zoo to meet various AZA governance standards. Specifically, the AZA had cited “the action taken by the City Council regarding the management of animals in the zoo’s collection, which is not in compliance” with a number of governing authority standards.

“Clearly, we are disappointed with the decision made by the AZA,” said John Tracogna, CEO, Toronto Zoo. “There was never any question of the Toronto Zoo’s animal care, governance was the key issue. We have been working diligently to create a stronger governance model that will enable us to effectively deliver upon the Zoo’s core mandates – those of public education, conservation, research, species preservation, and regional tourism, while lessening the financial burden to the taxpayer. We will provide an update on this new model in the near future.”

The Toronto Zoo will continue to be focused on excellence in zoo management and operations throughout the reapplication timeframe and beyond. In the short term, minimal impacts of this ruling is anticipated in the expectation that the Zoo will be once again become AZA accredited in 2013.

The Toronto Zoo has been accredited with the AZA since 1977. As a longstanding member, it complied with and adhered to the highest standards and best practices set by the AZA – a framework that helped the Toronto Zoo develop a strong international reputation in animal care and zoo management. Additionally, collaboration with the AZA has been instrumental in the success of the Zoo’s Species Survival Programs (SSP).

ABOUT THE TORONTO ZOO
The Toronto Zoo is Canada’s premier zoo and a leader in animal preservation and environmental protection. More than a tourist attraction, the Toronto Zoo boasts a number of leading programs for helping animals and their natural habitats – from species reintroduction to reproductive research. A world-class educational center for people of all ages, the Toronto Zoo is open every day except Christmas, and attracts approximately 1.3 million visitors each year.

Joe Kleimanhttp://wwww.themedreality.com
Raised in San Diego on theme parks, zoos, and IMAX films, InPark's Senior Correspondent Joe Kleiman would expand his childhood loves into two decades as a projectionist and theater director within the giant screen industry. In addition to his work in commercial and museum operations, Joe has volunteered his time to animal husbandry at leading facilities in California and Texas and has played a leading management role for a number of performing arts companies. Joe previously served as News Editor and has remained a contributing author to InPark Magazine since 2011. HIs writing has also appeared in Sound & Communications, LF Examiner, Jim Hill Media, The Planetarian, Behind the Thrills, and MiceChat His blog, ThemedReality.com takes an unconventional look at the attractions industry. Follow on twitter @ThemesRenewed Joe lives in Sacramento, California with his wife, dog, and a ghost.
Share
Facebook
Twitter
Linkedin
Email
Print
WhatsApp
Pinterest
ReddIt
Tumblr
Previous articleNewest MacGillivray Freeman Film "To The Arctic" Opens Friday
Next articleMedieval Times Debuts New Show In Myrtle Beach