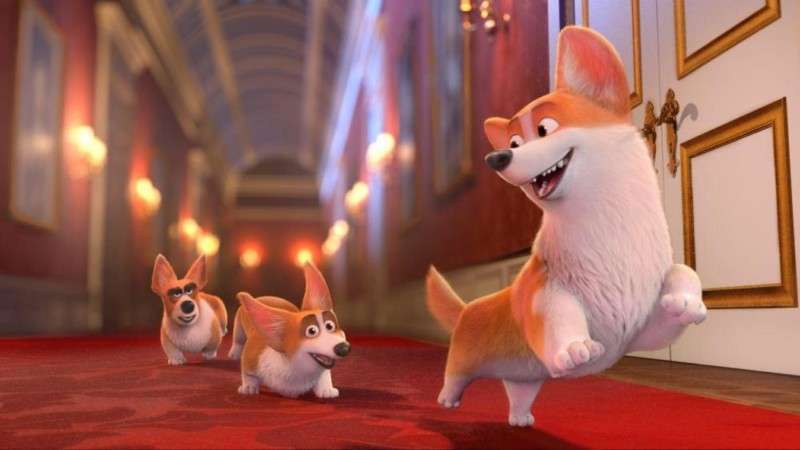 ABOVE: “The Queen’s Corgi” is a fun CGI animated film following the playful lives of the royal dogs by nWave All photos courtesy of nWave

[dropcap color=”#888″ type=”square”]A[/dropcap]t the 2018 IAAPA Attractions Expo, nWave will demonstrate its content on nWave VR headsets as well as onscreen, showcase new releases and roll out a new online, 3D-only streaming platform. The company recently announced a change of ownership structure, and new executives will be on hand along with more familiar faces.

It has been exciting and instructive to watch the progression of nWave Pictures, the production and distribution company Ben Stassen, Eric Dillens and Caroline van Iseghem co-founded in Brussels in 1994 to serve specialty cinema exhibition and attraction markets with entertaining and educational 3D content. nWave has been influential, controversial and disruptive, and a model of innovation and success in the quest to embody the standard of great stereoscopic 3D and lead the charge in multi-platforming.

Distribution is the heart of the matter. Cross-platforming enables a wider range of operators to dip into the nWave content library, resulting in more butts in seats, more eyeballs, and, ideally, more satisfied customers and repeat business. Recognizing viable new markets and expanding distribution to those markets has driven company growth over the years at nWave, bringing its content to more markets and keeping pace with exhibition technology.

Distribution and growth continue to be the driving vision as the company boldly enters a new phase, with new partners and new target markets. “We’re always ready to move on when it is time,” said Stassen. What time is it now? According to nWave’s distribution clock, it is time to move into VR, gaming, flying theaters and consumer markets, among other things.

In June 2017, nWave parted ways with Studiocanal, ending a partnership which, when it began in 2010, had been a milestone ushering nWave into the feature film business. In the dissolution, nWave regained full control of its content. New opportunities and milestones were on the horizon.

Effective September 2018, MZM production group and Belga Films have acquired a majority stake in nWave. Under the deal, MZM’s Matthieu Gondinet is nWave’s new COO, and MZM founder Matthieu Zeller is the new CEO and co-chair, sharing the latter position with Dillens. Stassen will continue to work on productions and van Iseghem will continue to run the studio. “The two Matthieus,” who were both formerly with Studiocanal, bring new resources and expertise to guide the company into new markets and its content onto new platforms – notably VR, gaming, flying theaters and streaming – while continuing to serve and develop existing markets and formats such as giant screen cinema, feature films, attractions, museums, zoos and science centers. Janine S. Baker, SVP, distribution and development, and Goedele Gillis, sales director EMEA, remain in place.

Cross-platforming seems obvious enough today, with digital assets the norm. But 15-20 years ago, this was not the case. “We were one of the first companies to crossplatform everything we were doing,” said Stassen. Not everyone saw digital conversion of theaters as inevitable, and the process was more formidable when it involved cross-printing to film.

nWave was and continues to be a leader in showing how digital assets can be tapped to configure content for multiple platforms and versions, and that’s been the key to a boutique animation studio serving themed entertainment markets with 3D content, having grown into the nWave of today.

When Ben Stassen and Eric Dillens met and started to click, business-wise, Eric owned the largest independent TV production company in Belgium. He also owned the rights to broadcast a number of independent game shows in that country and the Netherlands, including “Jeopardy” and “Wheel of Fortune.” For his part, Ben had been making motion simulation films popularized by Showscan, notably the runaway hit “Devil’s Mine Ride (1991).”

Together, the partners built nWave and expanded its market reach, adding one niche platform after another, from rides to attractions, to giant screen and the cineplex. “They always recognized they could break out a portion of a feature to keep serving attraction markets,” said Baker.

The company vision didn’t always match the industry status quo. Ben became known as an outspoken, controversial pot stirrer. People remembered his words, whether with anger or annoyance, amusement or respect. These days, it’s mostly respect, as their vision proved true and their models influenced the markets they entered. “The giant screen cinema business was evolving,” said Ben. “It was exciting to be the black sheep and stir things up. We ended up doing eight films in seven years’ time – it was a crazy, very productive time, especially for 3D films.”

nWave went on to build a solid library of entertaining and educational evergreen titles – and a solid clientele of museums, science centers, zoos and aquariums. An entire generation has grown up on nWave’s “Turtle Vision” series and its beloved protagonist, Sammy. Today, nWave is a prestigious player in the giant screen sector, with high-profile premieres at leading institutions such as the California Science Center, and Smithsonian properties. Thanks to a growing number of distinguished production partners, the nWave library has expanded to include live action titles such as “Hurricane 3D” (2017), “Planet Power” (2018), “Snow” (coming in 2019) and “Feathered Dinosaurs” (coming in 2020) alongside animated work such as “Son of Bigfoot” (2017) and the newest release, “Queen’s Corgi.” “We changed the culture of the special venue markets,” said Baker.

VR and the headset

Plain and simple: if nWave is distributing content on a platform – be it HDR video, 1570 film, fulldome, AR or VR, or a theater in an underwater cave, you can safely assume that the display quality has caught up with the promise of the medium.

SLIDESHOW – FLY ME TO THE MOON

One of nWave Pictures’ all-time, top titles, “Fly Me to the Moon,” (2008) is experiencing a booking surge – museums and planetariums alike plan to feature it in 2019 to coincide with the 50th anniversary of the first moon landing. Most planetariums have replaced or augmented their classic optomechanical (“starball”) projectors with digital dome (“fulldome”) projection. That “Fly Me” is available for distribution to planetariums indicates that nWave recognized a viable market sector and invested accordingly to serve it.

It’s likewise a validation of virtual reality that nWave has now made its entire library available for VR. And with this innovation, the company has taken an additional step to serve VR markets and ensure quality presentation of its content – partnering with a hardware provider to develop and offer the nWave headset. A great deal of testing and R&D went into customizing a headset that would deliver a premium 3D viewing experience in a synchronized, group setting to fit the needs of nWave customer sites.

The big selling point of VR delivery is that it can impart a theatrical experience without the theater. The headsets cost less than building a theater, and the venue can be moved around and expanded by adding more headsets.

“It’s more affordable,” said Baker. “There is no real footprint – you don’t have to build a theater to get our content.” It’s also mobile. “A children’s museum that doesn’t have a lot of space, for instance, can move a headset or group of headsets around to different classrooms or with exhibits. Either way, the experience is just as immersive.”

“To watch an nWave 3D film with a good VR headset is an experience comparable to seeing it in giant-screen 3D,” said Stassen. “Your field of view is filled, the visual quality is great, the 3D is fantastic. We’re excited about being able to bring this even to tiny venues. We feel good about moving forward with this. We’ll have demonstration headsets at our IAAPA Orlando booth and have remastered all our films for VR display. The VR headsets were something I believed in before anyone else in the company. The others said it wasn’t going to work; I knew it would arrive, although it took longer than expected.”

“This headset is not about 360, but about how we can show our 3D content at its best and satisfy the user,” said Baker. “This is a headset that will work for almost everyone. nWave has overcome the quality and comfort issues generally associated with VR headsets. We look forward to introducing it to the industry.”

Based on past performance, we expect that nWave will deliver on its new promise. While continuing to stoke new growth with new partners and new platforms, nWave will continue to be a leader, to provoke change and build its brand. We’ll see VR like we’ve never seen it before, and we’ll see nWave take a larger stake in other new markets while continuing to do well in all the other sectors. We’ll also be seeing and hearing from some new people, while Ben and Eric allegedly will dial it back a bit, enjoy the fruits of success and all that.

Visit nWave at booth 1066 during the IAAPA Attractions Expo. Contact [email protected] to book an appointment with the nWave team.  • • • 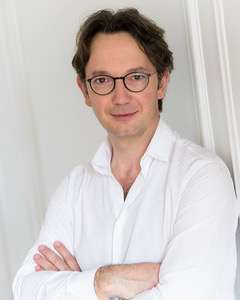 After having headed luxury brands in the l’Oréal group, Matthieu Zeller joined Studiocanal in 2012 as Deputy General Manager, International Distribution, Marketing and Development. He contributed to the international expansion of the studio, including creation of a subsidiary in China. He founded MZM production group in 2016 to develop and produce high-end European content. MZM regroups the production labels Octopolis, Bamboo Films and now nWave. 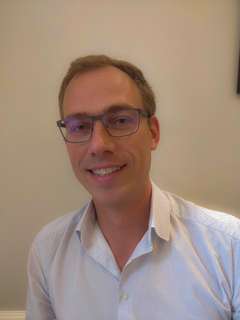 Matthieu Gondinet is a seasoned manager in distribution and production, with a background in corporate finance and a 15-year tenure at Studiocanal. He was recently with Vivendi, focused on business development for digital content, before re-joining MZM production group in 2018 and becoming COO of nWave.

Joe Kleimanhttp://www.themedreality.com
Raised in San Diego on theme parks, zoos, and IMAX films, Joe Kleiman would expand his childhood loves into two decades as a projectionist and theater director within the giant screen industry. In addition to his work in commercial and museum operations, Joe has volunteered his time to animal husbandry at leading facilities in California and Texas and has played a leading management role for a number of performing arts companies. Joe has been News Editor and contributing author to InPark Magazine since 2011. HIs writing has also appeared in Sound & Communications, LF Examiner, Jim Hill Media, and MiceChat. His blog, ThemedReality.com takes an unconventional look at the attractions industry. Follow on twitter @themedreality Joe lives in Sacramento, California with his fiancé, two dogs, and a ghost.
Share
Facebook
Twitter
Linkedin
Email
Print
WhatsApp
Pinterest
ReddIt
Tumblr
Previous articleWanda Group selling Culture Travel Innovation Group and support departments to Sunac for $900 million
Next articleChristmas Town returns to Busch Gardens Tampa Bay with new offerings for 2018

Aquarium of the Pacific exhibit transitions to touchless