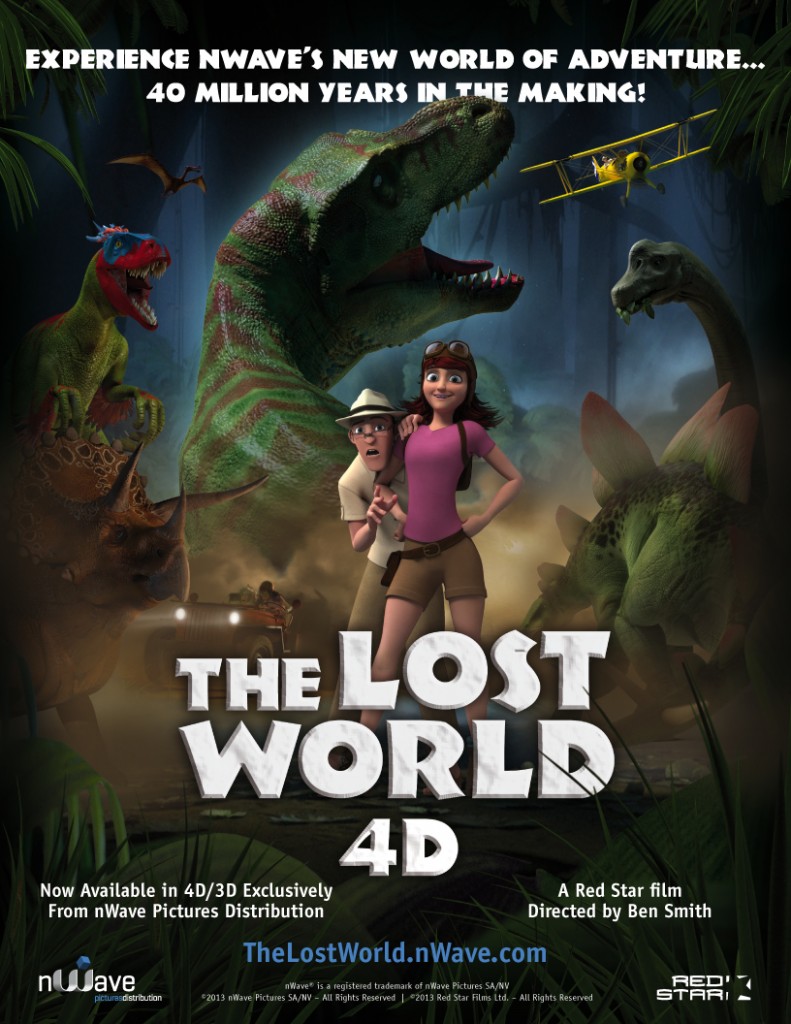 Orlando (Florida) and Brussels (Belgium) –  Nov. 19, 2013 — nWave Pictures Distribution will premiere its newest 4D attraction film “The Lost World” at this week’s IAAPA Annual Attractions Expo in Orlando, Fl.  Produced by British animation studio Red Star and directed by Ben Smith, this epic film takes the audiences into a whole new world of adventure, 40 million years in the making. This new 11-minute 4D title is exclusively distributed by nWave and will be available to theme parks and attraction exhibitors worldwide.  The company has also confirmed the Spring 2014 release of its new 4D production “The House of Magic: The 4D Experience.”

“The Lost World 4D” depicts the story of Bob, a stressed executive who heads to a deserted island for a much-needed vacation. It’s a perfect place to relax, with sandy beaches and coconut trees… until his paradise turns out to be home to a lost world of prehistoric dinosaurs. Fierce Raptors, flying Pterosaurs, giant Triceratops, and the mighty T-Rex all roam this hostile world. With assistance from his unlikely rescuer, Professor Lizzie, Bob sets out to escape from these terrifying predators. 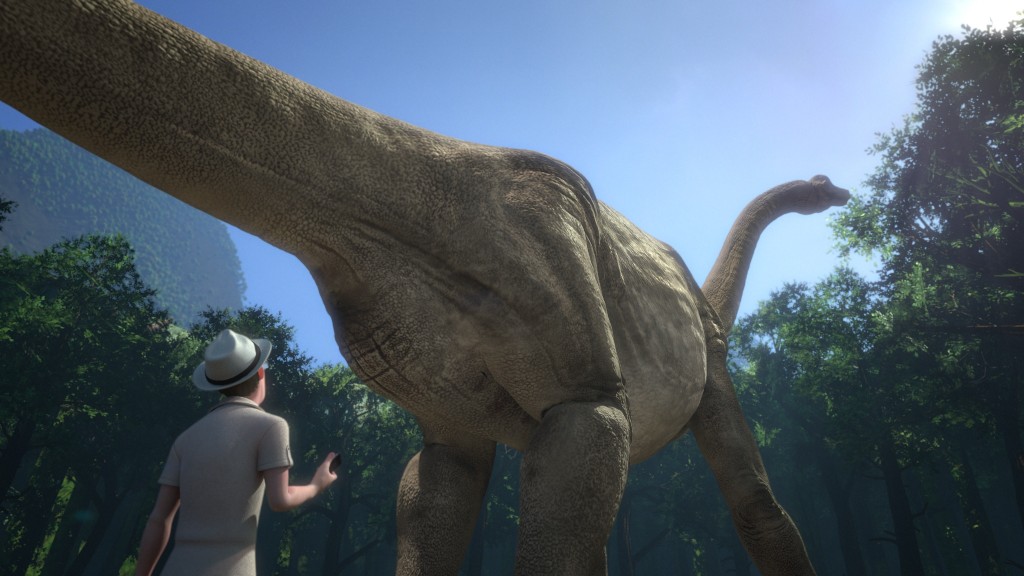 From Tuesday to Friday this week, IAAPA attendees will experience “The Lost World 4D” in nWave’s state-of-the-art 3D theater at booth #4828 in the Orlando Convention Center.

“After our successful launch earlier this year of the ‘The Good The Bad and A Horse 4D’ and ‘Space Chase 3D – The Ride’, we are thrilled to again
partner with Red Star on another quality film, the 33rd title in our popular catalog of 4D attraction films,” said Eric Dillens, Chairman of nWave Studios. “This comic, fast-paced, entertaining and immersive adventure is ideally suited for spectacular special effects. From a wild jeep ride through a dense tropical rainforest to a perilous flight above and inside this forgotten island, this adventure will offer a thrilling experience to audiences.” 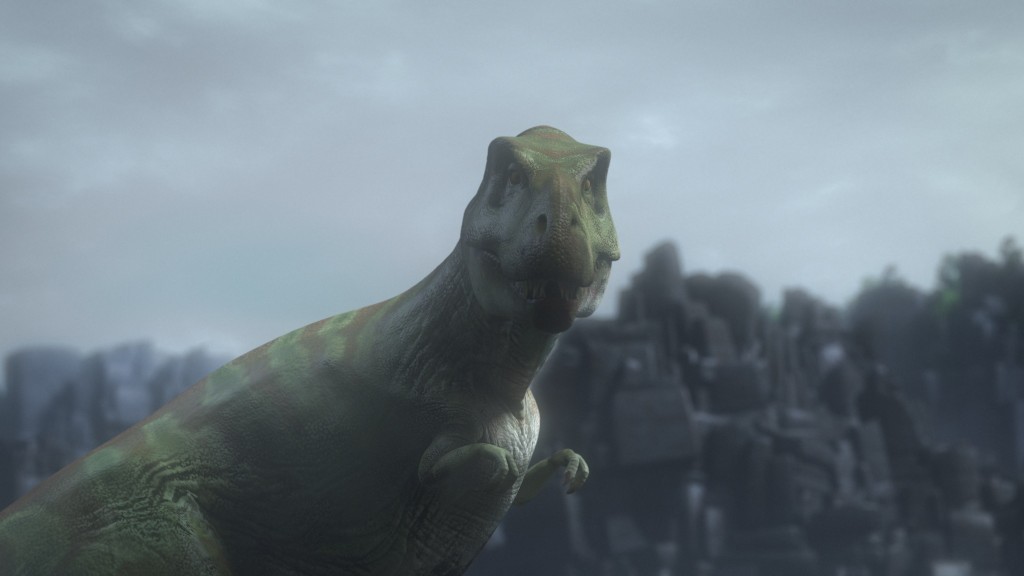 “Although we designed a high-energy entertaining animated film for theme parks, we knew that to fit the mission of institutional venues, we needed to depict the dinosaurs realistically, in a scientifically accurate way, so we concentrated a lot of effort to meet that expectation,” explains the film’s director and Red Star’s creative director Ben Smith. “For extra impact, the use of 3D creates the illusion that the dinosaurs are coming out of the screen, while the addition of 4D effects such as water splashes, vibration, wind blasts, seat drops, lighting, leg tickles and motion cues will totally immerse viewers.”

nWave has also confirmed plans to launch in Spring 2014 the new 4D production “The House of Magic: The 4D Experience” directed by Ben Stassen and Jeremy Degruson. The 12-minute 4D attraction film features Thunder, an abandoned young cat, who stumbles into the strangest house imaginable, owned by an old magician and inhabited by a dazzling array of automatons and gizmos.  The attraction film is based on the characters from the company’s newest feature-length 3D animated film, “The House of Magic 3D” which is set for launch this Christmas in select international territories including Belgium, France, Italy, South Korea, Singapore and Turkey, and later in the UK, Germany and Australia.

IAAPA Attractions Expo is the largest international tradeshow for the amusements and attractions industry, with more than 26,000 attractions professionals attending from around the world.

Joe Kleimanhttp://wwww.themedreality.com
Raised in San Diego on theme parks, zoos, and IMAX films, InPark's Senior Correspondent Joe Kleiman would expand his childhood loves into two decades as a projectionist and theater director within the giant screen industry. In addition to his work in commercial and museum operations, Joe has volunteered his time to animal husbandry at leading facilities in California and Texas and has played a leading management role for a number of performing arts companies. Joe previously served as News Editor and has remained a contributing author to InPark Magazine since 2011. HIs writing has also appeared in Sound & Communications, LF Examiner, Jim Hill Media, The Planetarian, Behind the Thrills, and MiceChat His blog, ThemedReality.com takes an unconventional look at the attractions industry. Follow on twitter @ThemesRenewed Joe lives in Sacramento, California with his wife, dog, and a ghost.
Share
Facebook
Twitter
Linkedin
Email
Print
WhatsApp
Pinterest
ReddIt
Tumblr
Previous article
World’s First Polercoaster to Be Centerpiece of LakePoint Sporting Community
Next article
Chilly Ribbons Unveils Mobile Kiosk at IAAPA Attractions Expo