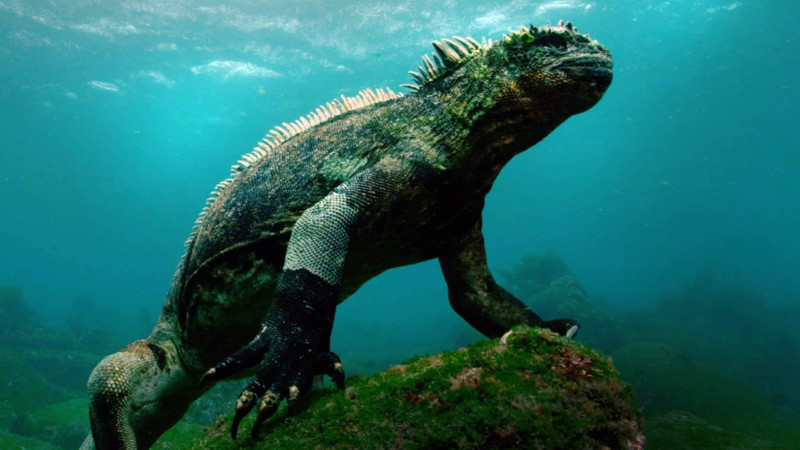 The film is scheduled to premiere at the following theaters this spring:

Additional theaters will be added as the footprint expands domestically and internationally over the coming months, with the Asian premiere set for April at the 4th Beijing International Film Festival held in association with the China National Science and Technology Museum. 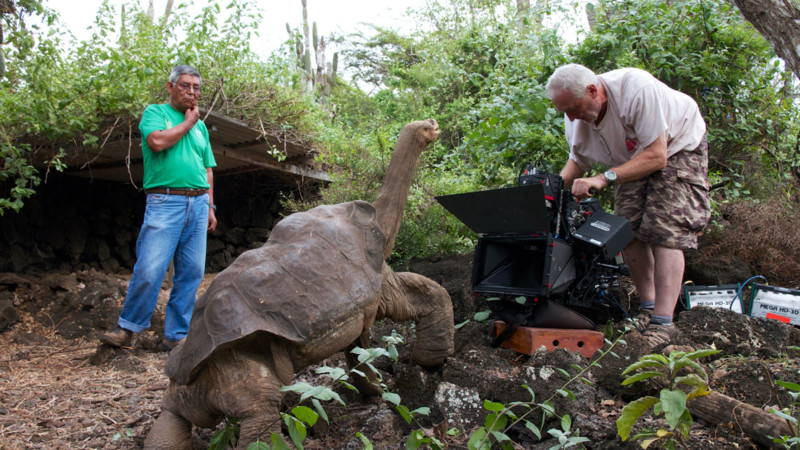 Eric Dillens, Chairman of nWave Studios, said, “‘Galapagos: Nature’s Wonderland’ showcases our commitment, working with creative filmmakers like David Attenborough and Anthony Geffen, to bring visually compelling stories to the giant screen cinema industry. There is no doubt the film will foster greater understanding of a fascinating biological treasure: an archipelago which is home to some 9,000 species, of which 80% of the land-dwelling population is indigenous.”

“Galapagos: Nature’s Wonderland” takes audiences to a paradise unlike any other. Located close to the equator in the Pacific Ocean, these remote volcanic islands have developed over millions of years in relative isolation. The result is a living museum of nature, with an abundance of curious plant and animal species that have adapted to thrive in this unique and challenging environment. Giant half-ton long-necked tortoises lumber among dancing blue-footed boobies and flightless cormorants. Penguins living thousands of miles from their natural habitats share the seas with unique marine iguanas that spit sea-salt. This is a story of discovery, of survival against the odds, and of nature’s ingenuity.

“Galapagos: Nature’s Wonderland” was filmed on location over a ten-month period, followed by five months of post-production. Using breakthrough lightweight digital 3D filmmaking technologies and featuring 4K ultra-high resolution imagery, the producers have brought the extraordinary world of the Galapagos to the giant screen in a way that has not been possible before. The Galapagos Islands are governed by Ecuador and lie some 600 miles (966 Km) from the coast of South America.

Joe Kleimanhttp://wwww.themedreality.com
Raised in San Diego on theme parks, zoos, and IMAX films, InPark's Senior Correspondent Joe Kleiman would expand his childhood loves into two decades as a projectionist and theater director within the giant screen industry. In addition to his work in commercial and museum operations, Joe has volunteered his time to animal husbandry at leading facilities in California and Texas and has played a leading management role for a number of performing arts companies. Joe previously served as News Editor and has remained a contributing author to InPark Magazine since 2011. HIs writing has also appeared in Sound & Communications, LF Examiner, Jim Hill Media, The Planetarian, Behind the Thrills, and MiceChat His blog, ThemedReality.com takes an unconventional look at the attractions industry. Follow on twitter @ThemesRenewed Joe lives in Sacramento, California with his wife, dog, and a ghost.
Share
Facebook
Twitter
Linkedin
Email
Print
WhatsApp
Pinterest
ReddIt
Tumblr
Previous articleWhitewater Supplies Two Slide Complexes to Wet ‘n’ Wild Sydney
Next articleIAAPA Leadership Conference 2014 to Visit Santa Cruz Beach Boardwalk