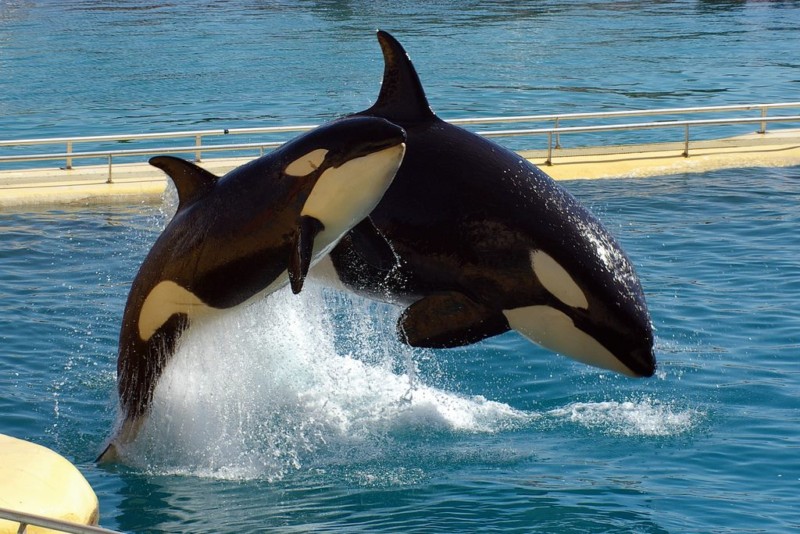 [quote]This acquisition underpins our strategy to grow through acquisition and geographic diversification, as well to invest in our existing parks and continually improve the visitor experience. Marine life installations are one of our core businesses, where we have developed a world class reputation. We are the only true operator that successfully manages all different types of park with an extensive international, global reach” — Yann Caillère, CEO of Parques Reunidos[/quote]

Madrid, Spain — Arle Capital has announced that portfolio company Parques Reunidos, a leading global leisure park operator, has completed its acquisition of Florida’s Miami Seaquarium. The acquisition was funded through existing cash reserves from its US business Palace Entertainment, which owns more than 38 parks across the US.

Miami Seaquarium is the longest-operating oceanarium in the US, attracting around 650,000 visitors per annum, with a season which runs throughout the year. Uniquely positioned in Virginia Key (Miami-Dade County), the park allows visitors to view or interact with marine animals including dolphins, manatees, sea lions and hosts eight different marine animal shows each day. 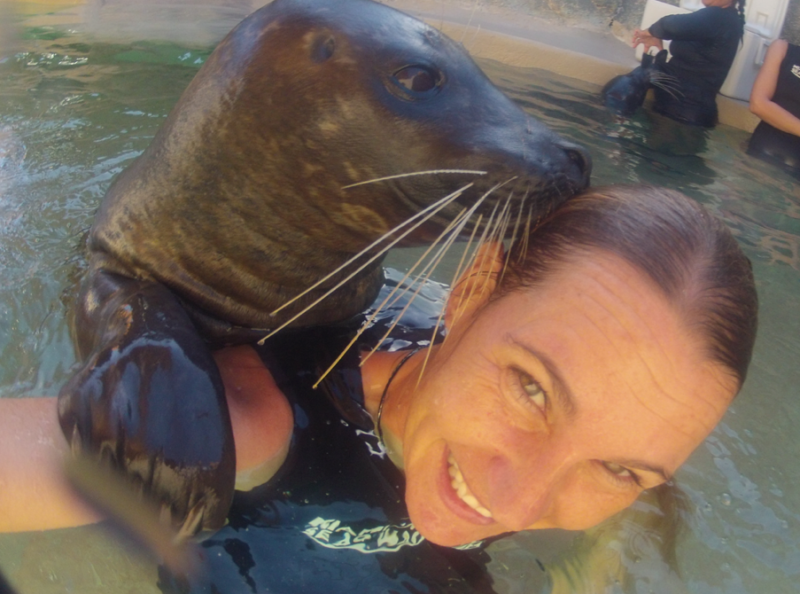 The Seaquarium has exciting growth potential driven by a burgeoning Miami economy, strong customer recognition and the strong commitment for financial support from Parques Reunidos.

This acquisition completes Parques Reunidos’ portfolio of marine life parks that already includes parks with iconic brands such as Sea Life in Hawaii, Marineland in France, Selwo Marina in Spain and Oceanarium in the UK. It additionally manages the L’Oceanografic, the largest European park of its kind, located in Valencia, Spain.

“This is a landmark acquisition for the Group in the US. The quality of the park, the opportunity to further expand Seaquarium’s offering and the year-round experience presented by the local weather make it an excellent addition to our diversified US portfolio of parks. It is another positive development for Parques, following the recent successful refinancing of its European debt and injection of capital which will be used to drive organic growth and enhance the customer experience.” 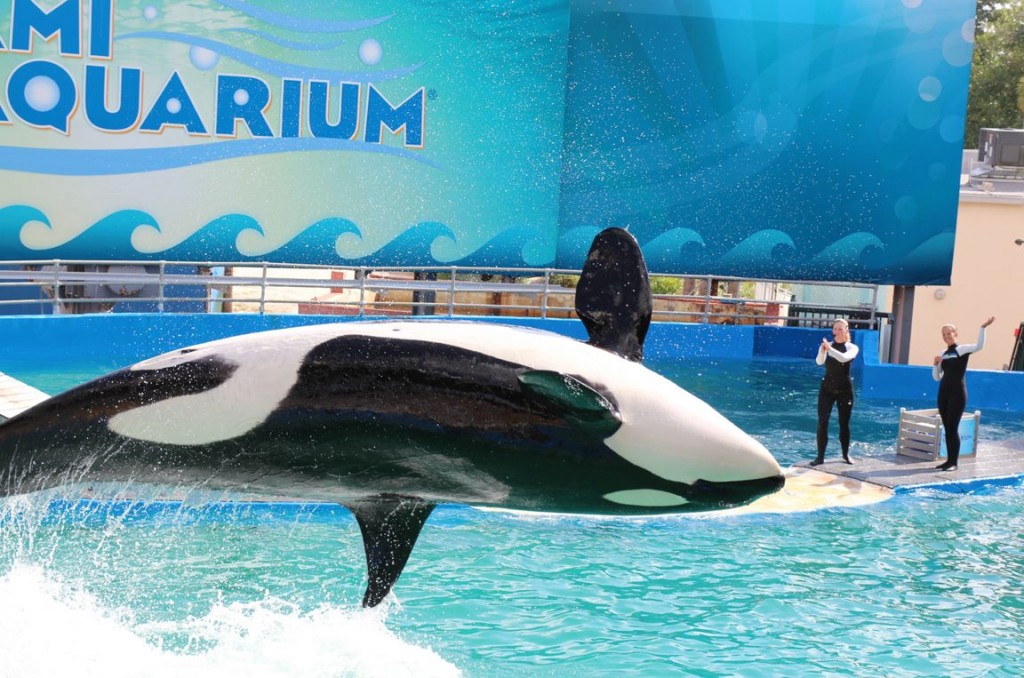 “Palace Entertainment is excited to be adding such a premier entertainment and educational destination to our collection of family parks. We understand the commitment that Miami Seaquarium has to wildlife conservation, community involvement and their dedication to both educate and entertain guests.”

The Parques Reunidos Group will also be investing up to 30 million Euros over the next 3 years in its Marineland park, the largest marine life park in Europe, as part of its growth strategy and its plan for a continuous growth of its current park portfolio.

Marineland, owned by Parques Reunidos since 2006 and located in Antibes, France, has become the most visited attraction on the Côte d’Azur. Marineland is currently composed of four separate areas that include the marine life park itself (Marineland), a water park (Aquasplash), a mini-golf (Adventure Golf) and a kids entertainment area (Kids Island). Marineland is the only park in Europe to have killer whales in its animal collection and to enable visitors to enjoy the experience of swimming with the dolphins or diving among sharks.

This investments will allow Parques Reunidos to build “Marineland Resort”, the first resort to be integrated within the park, as well as “Paradise Creek”, an extension to the Dolphin Lagoon that will immerse visitors in a sub-aquatic adventure. Finally, the park will have a new 3D, 360-degree attraction, called “A Turtle Odyssey”.

Yann Caillère, CEO of Parques Reunidos, and Bernard Giampaolo, head manager of Marineland, have introduced these new projects for the park during the ceremony for the laying of the foundation stone of the Marineland Resort hotel, an event also attended by the major of Antibes, Jean Leonetti.

During the ceremony, Yann Caillère has outlined the key elements in the Group’s growth strategy for the next three years. Parques Reunidos is currently a leading player in the leisure industry, with over 26.2 million visitors in 2013 across its 69 parks, located in 12 countries.

Parques Reunidos aims to attract two million new visitors over the next three years, through a growth strategy based on two pillars: the optimization of its existing parks and an expansion through acquisitions and new management contracts.

“Marineland is a prime example of the first of the two pillars upon which we base our strategy for the future. It is a strategic park for the Group for its high potential for growth. That is why we will be investing 30 million Euros over the next three years, looking to improve the experience of our visitors, thanks to a new resort and a new area that will enable visitors to interact with marine life”, said Yann Caillère. 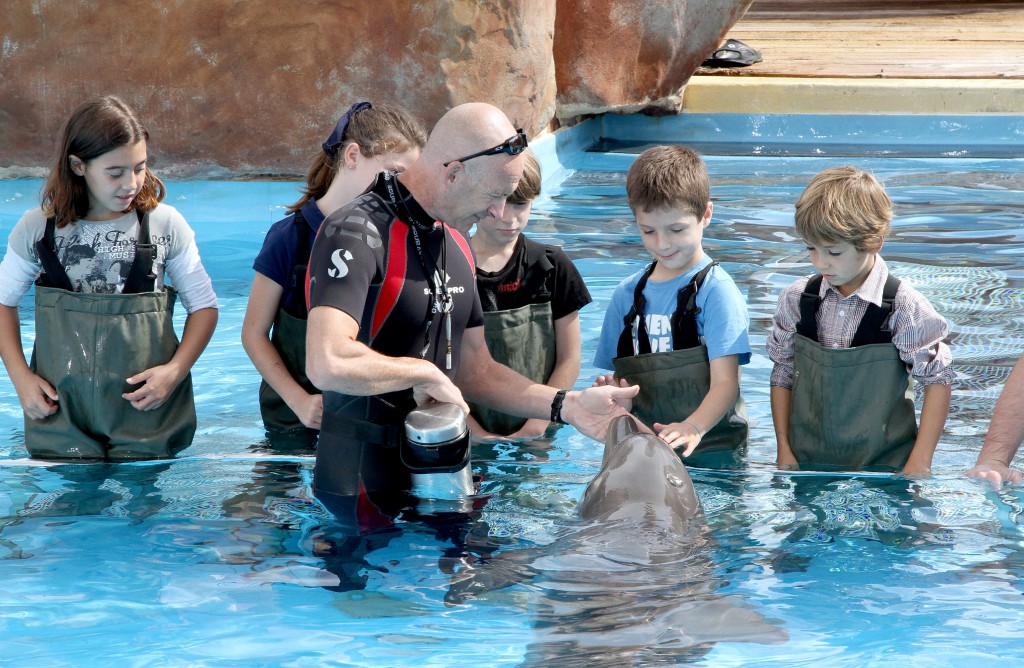 The “Marineland Resort” hotel is expected to open in spring 2015. It will be a 3-star themed hotel consisting of 90 rooms and 5 suites, across five marine life-themed buildings, each dedicated to a particular animal (dolphin, killer whale, shark, turtle and bear).

This investment also includes the construction of “Paradise Creek”, an extension to the current Dolphin Lagoon decorated as a tropical island, with a white sand beach and an interactive swimming pool with the dolphins that will be able to hold up to 300 people, for an exclusive experience, unavailable anywhere else in the world.

An “all-inclusive” package will offer visitors the chance to enjoy the lagoon, swim with the dolphins – a unique experience in Europe – and enjoy varied, high-quality gastronomic offerings.

Finally, the park will also invest in interactive activities around a new 3D and 360-degree attraction. “A Turtle Odyssey” will immerse visitors on a journey through the world of turtles, in which visitors will be able to admire the wonderful adventure that is the life of a turtle, from birth to adulthood and through its oceanic routes.

In the words of Bernard Giampaolo, head manager of Marineland “the hotel completes the park experience by offering visitors the chance to totally immerse in the Marineland world. Also, this accommodation offering enables our visitors to extend the length of their visit, allowing Marineland to become a true destination park. This hotel is just the beginning of new investments and more exciting experiences in our park”.

“Paradise creek will be our fifth theme park within Marineland to have extraordinary animals: dolphins, turtles, killer whales, rays, tropical fish, and many more. This new park completes our offer to guests so we can remain the preferred entertainment attraction of the Côte d’Azur”, stated Bernard Giampaolo.

Thanks to this investment, Marineland will continue growing, while remaining true to its two main objectives: to offer visitors real emotions and excitement and contribute to the preservation of various marine species. To this end, the park is involved, through its Foundation Marineland, in activities for the preservation of various species (Mediterranean marine turtles, polar bears, and so on) as well as in awareness and scientific research with the Conservation Research Center (CRC).

Joe Kleimanhttp://wwww.themedreality.com
Raised in San Diego on theme parks, zoos, and IMAX films, InPark's Senior Correspondent Joe Kleiman would expand his childhood loves into two decades as a projectionist and theater director within the giant screen industry. In addition to his work in commercial and museum operations, Joe has volunteered his time to animal husbandry at leading facilities in California and Texas and has played a leading management role for a number of performing arts companies. Joe previously served as News Editor and has remained a contributing author to InPark Magazine since 2011. HIs writing has also appeared in Sound & Communications, LF Examiner, Jim Hill Media, The Planetarian, Behind the Thrills, and MiceChat His blog, ThemedReality.com takes an unconventional look at the attractions industry. Follow on twitter @ThemesRenewed Joe lives in Sacramento, California with his wife, dog, and a ghost.
Share
Facebook
Twitter
Linkedin
Email
Print
WhatsApp
Pinterest
ReddIt
Tumblr
Previous articleProSlide Introduces World Premiere of New Hybrid Raft Ride at Six Flags Over Georgia
Next articleFrom Easton to Orlando, Crayola re-draws the brand-land experience: IPM exclusive interview with George Wade