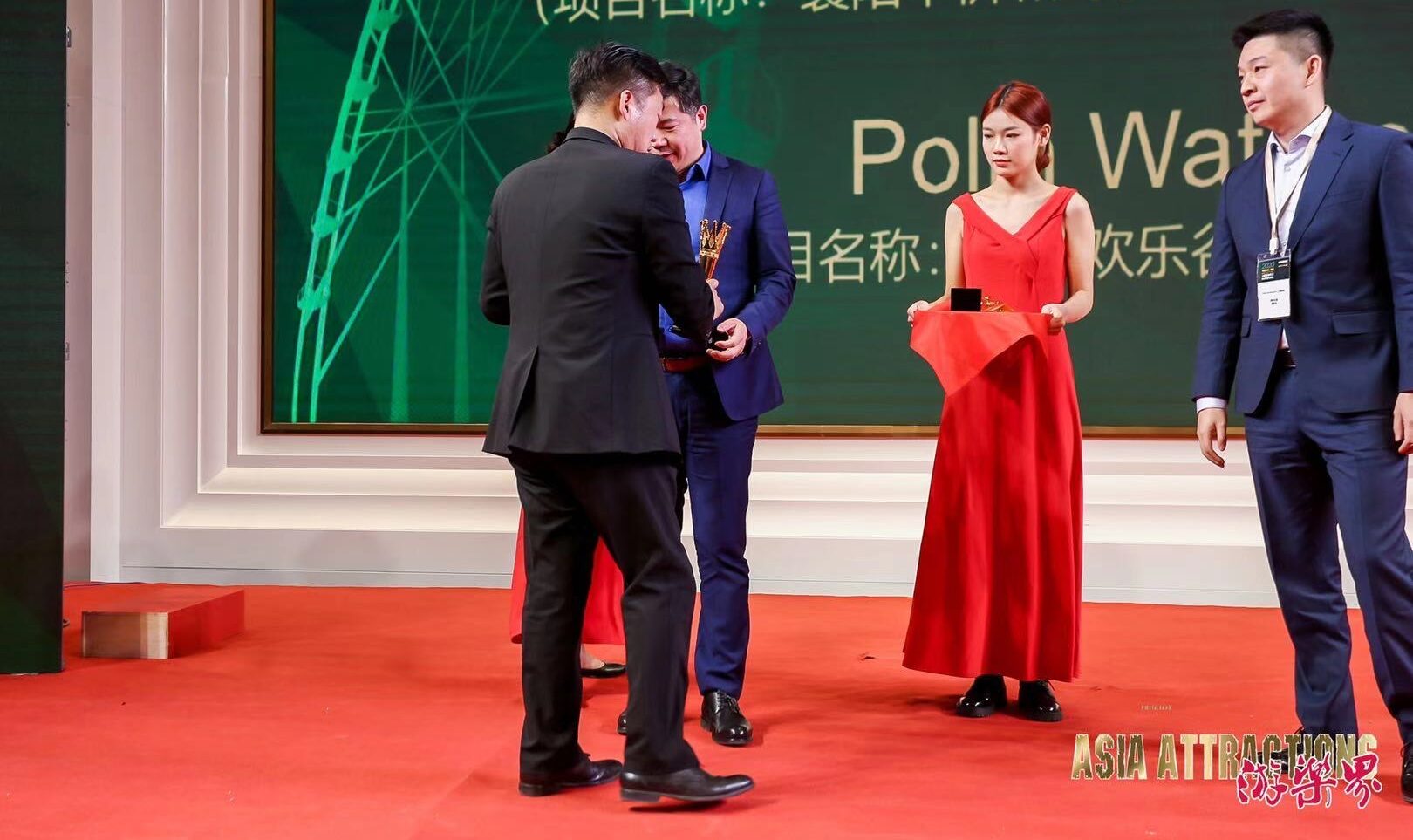 For 10 years, Asia Attractions magazine has showcased the rapid development of the entertainment industry in Asia. The publication has witnessed the rise and expansion of various enterprises in the field and has long been committed to stimulating innovative ideas and promoting the steady upgrading of the amusement industry in China. The Golden Crown Awards are part of that effort — an effort to honor outstanding projects and services in the national leisure and attractions industry in China.

The 2020 awards ceremony took place on 10 December as part of the 2020 Amusement World Cultural Tourism Development Summit, which was held at the Yinji International Tourism Resort in Zhengzhou, Henan Province, China. Winners were recognized in a total of 46 categories for both operators and suppliers. Theme park representatives, experts and suppliers attended the awards ceremony.

The Asian market is increasingly important to the amusement industry, and Polin Waterparks has invested many years there, including extending its presence with the creation of an office in Shanghai. Since then, Polin Waterparks has installed some of the largest waterparks in China featuring the company’s award-winning waterslides. As a result of these efforts, Polin Waterparks received its most recent accolades: the Golden Crown Award for International Recognition of Outstanding Suppliers of the Decade and an award for International Outstanding Big Water Rides Supplier. This second award recognized Polin’s King Cobra waterslide installation at Nanjing OCT Happy Valley (Qixia District, Nanjing, Jiangsu, China).

The King Cobra slide offers not only an intense and heart-pounding experience for guests but also a stunning design and one-of-a-kind visual for spectators. The core feature of the slide is its unique configuration that enables two double tubes to race through a circular path with twists, turns and surprises before guests experience the drop of their lives as they continue to race through the “valley of the Cobra.” It is considered a game-changing waterslide because of its compelling appearance. Specifically, it is the first waterslide in the world that offers its own theming built directly into the fiberglass. When installed with its original cobra theme, it features bold red, black and white scales that create an imposing veneer over both its exterior and interior. It reaches a height of 50 feet (15.24 meters) with a length of 260 feet (790 meters). Yet, parks have many options with the slide because it can also be designed to match a park‘s own theming, being customized with unending variations.

Polin’s Director of Marketing and Communications, Sohret Pakis, said, “As you know, because of COVID-19, the world came to a standstill in 2020. We all find ourselves in an unprecedented time, and the attractions industry is one sector that is being hit particularly hard.”

Pakis noted that Polin’s operations team now has attractions located on four continents and in 13 countries. “Despite the pandemic,” she said, “projects have been ongoing. We have never stopped working. In fact, during the outbreak, we completed 57 waterpark projects worldwide from France to Russia, from China to Vietnam, from Bulgaria to Poland.”

Pakis said Polin is so proud to be recognized with such important awards during these unprecedented times. “We would like to thank all our customers around the world for the continuous trust and support during the past years and the many more to come,” she added.