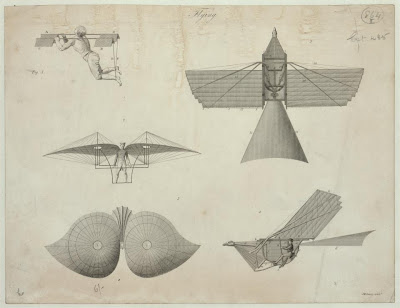 Recently uncovered documents from the 1860s provide strong and shocking evidence that, long before the Wright Brothers flew at Kitty Hawk, desperate inventors and engineers imagined steam-powered flying machines that would decide the Civil War. In the early 1860s, A Mississippi Doctor with a passion for birds and an obsession with the idea of manned flight makes a scale model of what he hopes will become the first heavier-than-air war-plane. Tethered to a locomotive, his model becomes airborne. But his requests for funding are rejected by the Virginia Legislature and the Engineering Department, leaving him no choice but to turn to the Confederate soldiers themselves to finance the building of a fleet of these flying machines. While he never raises more than a few hundred dollars before the war ends, it is impossible not to wonder – what if? Join National Geographic as they unravel the story of Civil War aviation and attempt to build and fly a full-scale 19th century airplane of their own.

Go to @madsystemsinc on twitter for live commentary during the broadcast from the plane’s builders at Mad Systems.

Joe Kleimanhttp://wwww.themedreality.com
Raised in San Diego on theme parks, zoos, and IMAX films, InPark's Senior Correspondent Joe Kleiman would expand his childhood loves into two decades as a projectionist and theater director within the giant screen industry. In addition to his work in commercial and museum operations, Joe has volunteered his time to animal husbandry at leading facilities in California and Texas and has played a leading management role for a number of performing arts companies. Joe previously served as News Editor and has remained a contributing author to InPark Magazine since 2011. HIs writing has also appeared in Sound & Communications, LF Examiner, Jim Hill Media, The Planetarian, Behind the Thrills, and MiceChat His blog, ThemedReality.com takes an unconventional look at the attractions industry. Follow on twitter @ThemesRenewed Joe lives in Sacramento, California with his wife, dog, and a ghost.
Share
Facebook
Twitter
Linkedin
Email
Print
WhatsApp
Pinterest
ReddIt
Tumblr
Previous articleOne month until 2nd Annual China Theme Park & Resort Expansion Summit
Next articleMen In Black 3 Time Capsule On Cross Country Trip to Kennedy Space Center