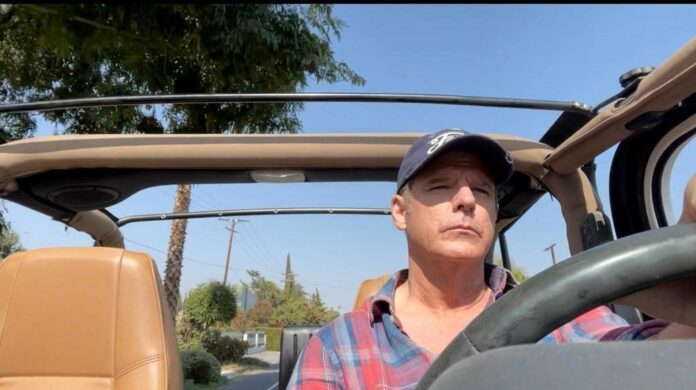 Contributed by his friends and colleagues

It is with great sadness that we report that Robert J. Koval Jr. passed away in July 2021, of natural causes. He was living and working in Germany and had recently turned 55. Robert’s story is inspiring and his accomplishments considerable, though his career was briefer than it should have been. But for as much as he accomplished professionally, his impact on the people he worked with was even greater. He will be remembered by colleagues and friends for his generosity, warmth, and kindness and for a legacy of creative and engaging professional achievements.

Like many in our industry, Robert had roots in theater. His lifelong love for show business first led him to work in theater during college, and then afterwards on various local productions. In 1989 he joined Dick Clark Productions as an associate producer and lighting designer. In 1991 he found his way to Thomas Gregor Associates, where he spent the next 12 years helping to grow the company and its people. His natural leadership abilities evident, he was soon promoted to project manager. Robert then spent years on the road managing projects for Warner Bros., Lotte, Disney and Universal before transitioning to managing the growing number of Princess Cruises newbuild projects in Europe. Robert’s successes eventually resulted in his promotion to CEO and in that role, his unique blend of business savvy and compassion helped him to successfully structure the company and put it on a path to greater prosperity.

In 2003, he started his own operations and strategic business planning consultancy and became one of the most trusted advisors in the industry. Robert’s motivation in business was always driven by his human compassion and a true desire to help navigate the complexities of the industry. He generously offered his support to companies large and small. What he knew and believed in was the positive impact of a well-run company on its people, and with this as his North Star, he helped companies to be better organized, profitable and stable.

While retaining his business consultancy work, Robert took the opportunity to answer the call of his more entertainment-focused ambitions. In 2005 he joined forces with the creative mind of Nancy Seruto to become a partner at Seruto & Company, where they designed and produced multiple projects including Queen Mary Dark Harbor, CSI Experience tour and the King Tut touring exhibition.

Robert was recruited by FUNA in 2011, where he consulted on operations and spearheaded the development of a growing global organization. He was a key figure in the eventual acquisition of FUNA by L3 Technologies. This merger resulted in one of the largest providers of integrated systems in our industry. As a result of this successful effort, Robert was recruited by Clark to build and expand their European operation. With Robert’s assistance, Clark grew successful land and marine divisions and expanded into the superyacht sector. Robert had recently relocated to Germany to be closer to the marine projects and clients that he was managing.

Although he was an ocean away, Robert stayed in close contact with industry friends and colleagues. He was always interested to hear about people’s lives, to keep up on industry trends and news, and to make new connections between like-minded people. Outside of his career, Robert was a certified commercial diver in his youth which led to a passion for collecting rare diving watches.

Though we are all saddened to see Robert’s story cut short, the chapters of his life abound with ways in which he touched so many. His reputation will be recalled with reverence, and his memory will endure through the respect and affection of his friends and colleagues.

“I know that if I could say one last thing to him, it would be a very heartfelt, ‘Thank you, Robert. You helped me in so many ways, in my career, my personal life, and my development as a person. I would not be who I am or have accomplished what I have without your help. Thank you.'”

“Many people in our industry were fortunate enough to count Robert as a mentor. He made it a point to share his knowledge and experience freely with others. On a personal level, Robert helped me through some extraordinarily difficult times. Loyalty was part of his code and people who knew him knew that he could be counted on and trusted. He was a bright shining star and will be missed.”

“Along with responsibility, Robert instilled a sense of ownership and purpose. He would sometimes start the weekly meeting with a song while he played his guitar, wearing his trademark royal blue dress shirt. People loved him for that.”

“His charm and wit filled our office with a sense of fun and wonder every single day, and you could feel his warmth the moment you walked in the door. I was so fortunate to be partners with him in business, and even more fortunate for our treasured friendship.”

“Robert and I shared a passion for dreaming big. But as big as the dreams were, we both needed to ground them in the numbers. This creative pragmatism drew us to each other, and while it resulted in a number of great ideas and businesses, what I remember most is our deep and wonderful conversations. I’m going to miss his forward-thinking mindset, snarky voicemails, and friendship.”

“As part of a small band of people who have spent the last few years envisioning how the future of creative design could be a restorative force for good in the world, Robert’s leadership, friendship, and vision was an inspiration. He cared deeply about people and the planet, and as a dear friend I will miss him dearly.”

“Robert’s professionalism, perseverance, determination, ingenuity, and incredible talent shone through. His natural ability to motivate the team through his leadership (and humor) was inspiring. And his capacity to communicate with the client’s team, from the company president to a recent theater graduate, was a skill that came easily to him. The thing I will treasure most is our friendship. Whether it was a professional or a personal challenge, Robert was always there. Robert’s endless drive and energy still make his recent loss incomprehensible.”

“Robert Koval was a talker – the who, what, where, how and, most importantly, the why – always the why. Whether the topic was work or play, real or theoretical, I could always count on a thorough conversation.”

“When I think of Robert, of course so many things come to mind (as so many have aptly said) – his intelligence, his business savvy, his creativity, his talent, his style, his dedication, his reliability, his trustworthiness. But personally, when I think of my friend Robert, what occurs to me most is a simple but very rare and precious thing: Robert was a good man, simply a good man with a deep heart and soul.”