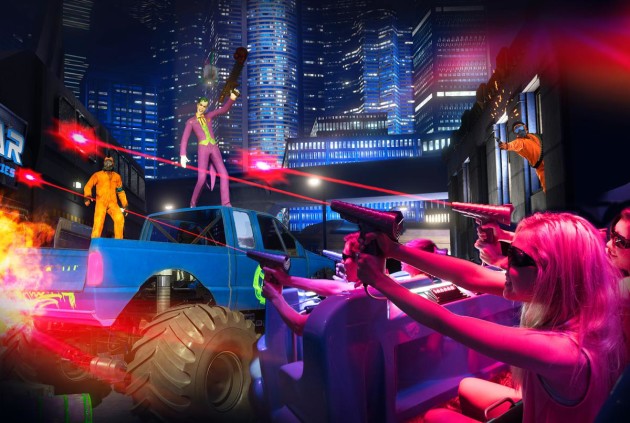 Orlando, FL, USA — Sally Corporation, the dark ride specialists out of Jacksonville, Fla., won the coveted Impact Award for JUSTICE LEAGUE: Battle For Metropolis at the 2015 IAAPA (International Association of Amusement Parks and Attractions) trade show.  The Impact Award is given to a product that had or will have the most impact on the amusement parks and attractions industry.

JUSTICE LEAGUE: Battle For Metropolis, which was also awarded Best New Product for a Major Ride or Attraction, is a thrilling interactive 4-D dark ride that opened to rave reviews this summer at Six Flags Over Texas in Arlington and Six Flags St. Louis and will debut at Six Flags Great America near Chicago and Six Flags Mexico in Mexico City in 2016.

“We are honored to receive this acknowledgement from our industry peers,” said Sally Corporation CEO John Wood. “We look forward to continuing our partnership with Six Flags to bring this experience to the next generation of thrill-seekers.”

GO BEHIND THE SCENES OF JUSTIC LEAGUE: BATTLE FOR METROPOLIS IN INPARK ISSUE 58 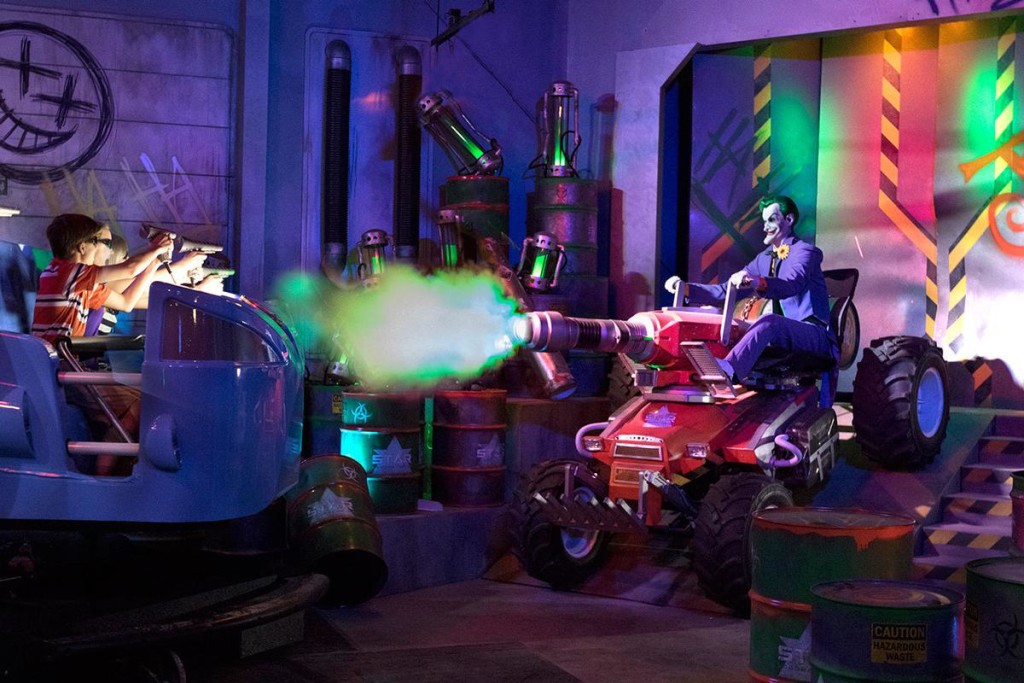 JUSTICE LEAGUE: Battle for Metropolis offers guests the ultimate dark ride adventure when they team up with The JUSTICE LEAGUE to outwit Lex Luthor and The Joker and save the city of Metropolis. As JUSTICE LEAGUE Reserve Team members, riders travel in sleek six-passenger custom designed, motion-based vehicles and engage in a full-sensory battle, complete with 4D effects of fire, cannon blasts, and explosions all while experiencing hairpin, 360-degree turns and the world’s first-ever virtual loop on a dark ride. Six Flags and Sally Corporation, in partnership with Warner Bros. Consumer Products and DC Entertainment, collaborated to bring this state-of-the-art attraction to life.

“This ride is a game-changer in the regional and destination theme park industry and is hands down one of the most exciting and innovative attractions we have introduced in our 54 year history,” said Les Hudson, vice president of design for Six Flags. “The industry recognition underscores our company’s commitment to delivering new and innovative thrills in every park, every year.”

JUSTICE LEAGUE: Battle for Metropolis was also named Best New Attraction by Theme Park Insider and chosen as one of the Top Ten Best New Amusement Park Attractions by readers of USA Today and 10Best.

Joe Kleimanhttp://wwww.themedreality.com
Raised in San Diego on theme parks, zoos, and IMAX films, InPark's Senior Correspondent Joe Kleiman would expand his childhood loves into two decades as a projectionist and theater director within the giant screen industry. In addition to his work in commercial and museum operations, Joe has volunteered his time to animal husbandry at leading facilities in California and Texas and has played a leading management role for a number of performing arts companies. Joe previously served as News Editor and has remained a contributing author to InPark Magazine since 2011. HIs writing has also appeared in Sound & Communications, LF Examiner, Jim Hill Media, The Planetarian, Behind the Thrills, and MiceChat His blog, ThemedReality.com takes an unconventional look at the attractions industry. Follow on twitter @ThemesRenewed Joe lives in Sacramento, California with his wife, dog, and a ghost.
Share
Facebook
Twitter
Linkedin
Email
Print
WhatsApp
Pinterest
ReddIt
Tumblr
Previous articleSimEx-Iwerks Opens 4D Theater on Historic Queen Mary Ocean Liner
Next articleDates Announced for 12th Annual LA 3-D Movie Festival