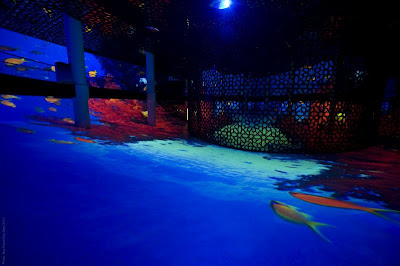 Visitors to the Saudi Arabia Pavilion’s theater showing “The Treasure” are taken over the giant wraparound screen on a suspended moving walkway. The show immerses the audience in the various regions of Saudi Arabia, exporting their distinct features and following their path of development in the various urbanization, industrial, and economic areas. 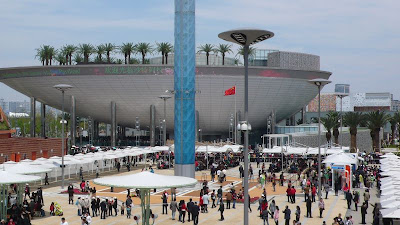 “The Treasure” is powered by Sky-Skan’s DigitalSky software and Definiti graphics computers. Using 25 projectors, blended together using Sky-Skan’s proprietary techniques, the audience experiences an incredible 35 million unique pixels of resolution compared to 2 million for HDTV. The stunning video screen was installed by Sky-Skan Europe for GPD S.A. of Spain, with GPD working closely with Sky-Skan to produce content for the show. 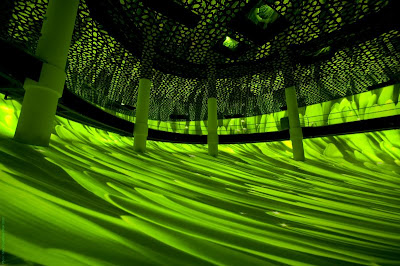 Judith Rubin
Judith Rubin ([email protected]) is a leading journalist, publicist, strategist, blogger, content marketing specialist and connector in the international attractions industry. She excels at writing about all aspects of design and technical design, production and project management. Areas of special interest include AV integration and show control, lighting design and acoustics, specialty cinema, digital video and world’s fairs. Judith has ties to numerous industry organizations. From 2005-2020 she ran communications, publications and social media for the Themed Entertainment Association (TEA). In 2013, she was honored with the TEA Service Award. She was development director of IMERSA, and co-chair of the 2014 IMERSA Summit. She was publicist for the Large Format Cinema Association in the 1990s, now part of the Giant Screen Cinema Association (GSCA) and has also contributed to the publications of PLASA, IAAPA and the International Planetarium Society. Already making her mark as a magazine and book editor, Judith joined World’s Fair magazine in 1987, which introduced her to the attractions industry. Launching as a freelancer in the mid 1990s she has contributed to dozens of publications and media outlets including Funworld, Lighting&Sound America, Sound & Communications, Urban Land, The Raconteur and The Planetarian. She joined InPark in 2010. Judith earned a Bachelor of Fine Arts from Pratt Institute. She has lived in New York City and the San Francisco Bay Area, and now makes her home in Saint Louis, where she is active in the local arts and theater community.
Share
Facebook
Twitter
Linkedin
Email
Print
WhatsApp
Pinterest
ReddIt
Tumblr
Previous article
IMERSA Fulldome Summit Report , live from Denver
Next article
BRC Imagination Arts looks back on a good run at Shanghai Expo 2010