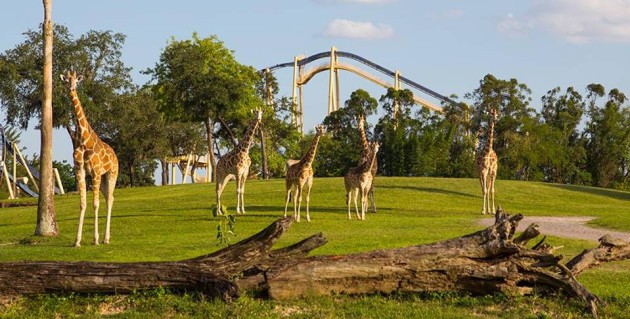 Orlando, FL, USA (April 15, 2016) — SeaWorld Entertainment, Inc., a leading theme park and entertainment company, today announced that its Board of Directors has added one new independent director and nominated another, both with significant experience directly related to the company’s theme park business.

The company also announced that its Board is recommending the adoption of enhancements to its corporate governance practices, including the phased elimination of its classified board structure and the adoption of a majority voting standard in uncontested director elections.

Ron Bension, 61, the President of House of Blues Entertainment at Live Nation, and former Chairman and CEO of MCA/Universal Studios Recreation Group, has joined the Board, succeeding Jim Atchison, who has decided to step down as a director but will remain a consultant to the company. Previously, Mr. Bension was responsible for all aspects of Universal Studios Hollywood and Universal Studios Florida in addition to developing international theme park joint ventures, and he has extensive e-commerce and entertainment company expertise from his experience leading several companies to financial and strategic success.

Donald C. Robinson, 62, formerly the Executive Vice President of Hong Kong Disneyland, has been nominated for election at the 2016 Annual Meeting to fill the seat left vacant by Joe Baratta, Global Head of Private Equity at Blackstone, who, as previously announced, will retire from the Board upon the election of his successor. Mr. Robinson has extensive operations expertise, as well as over thirty years of executive and management positions in global theme park, retail, restaurant, resort and entertainment businesses.

“As we have transformed SeaWorld over the past year, the Board has taken decisive action on several fronts to best serve the interests of all our shareholders and other stakeholders. Adding these two independent theme park industry veterans to our already broadly experienced Board, together with enhancements to our governance practices, is consistent with our priorities and reflects constructive input from our shareholders,” said SeaWorld Chairman David F. D’Alessandro.

“On behalf of the entire Board, I’d like to thank Jim for his significant contributions and achievements during his three decades at the company,” said D’Alessandro. “Jim helped assure a smooth transition to our new CEO and his perspective has been extremely valuable.”

The company also announced the Board is recommending the adoption of two enhancements to its corporate governance practices at the company’s 2016 annual meeting: 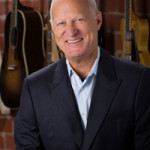 Ron Bension serves as President of House of Blues Entertainment for Live Nation. Mr. Bension is focused on consolidating the 50 venues that he directly manages into a national platform, creating new touring products and improved consumer experiences. Prior to his role as President of House of Blues Entertainment, Mr. Bension was CEO of TicketsNow, working with the team at Ticketmaster to restructure the resale site’s operations and business initiatives. During his more than 30-year career, he has led several major e-commerce, recreation and entertainment companies to financial and strategic success.

Prior to Tickets.com, Mr. Bension was President and CEO of Sega GameWorks, a multi-unit, location-based entertainment company founded by Steven Spielberg. During his two and a half years at the company’s helm, he engineered a dramatic increase in revenue and growth. He was honored for his achievements with the prestigious Ernst & Young Entrepreneur of the Year Award in 2001. Mr. Bension also served as Chairman and CEO of Universal Studios Recreation Group, a division of Universal Studios, where he oversaw the $1 billion global leisure recreation company and was responsible for running all aspects of Universal Studios Hollywood and Universal Studios Florida in addition to developing international theme park joint ventures. Bension also was heavily involved in the planning and development of Universal’s expansion in Florida with the creation of the Islands of Adventure theme park, City Walk, and the Universal Resort Hotels.

Mr. Bension holds a Bachelor of Science in Criminal Justice from California State University, Los Angeles. He is the founder of Discover A Star Foundation, a non-profit organization that provides scholarships to financially challenged, high-achieving high school graduates. 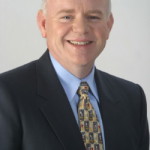 Donald C. Robinson recently retired as the president and chief operating officer for All Aboard Florida, the country’s first privately owned intercity passenger rail system that will connect South Florida to Orlando, where he served from March 2012 until December 2014. Prior to this, from February 2006 to September 2012, he served as president of Baha Mar Ltd., a luxury resort company.

Overall, Mr. Robinson was responsible for the operation of four theme parks, three water parks, 30,000 hotel rooms, over 200 restaurants (including QSR, Table Service, Fine Dining, Bars, Lounges and Convention Catering), five golf courses, and Disney’s Wide World of Sports, with aggregate revenues of approximately $4.4 billion and food and beverage sales in excess of $800 million. During his 33-year career with Disney, he was involved with the opening phase of two theme parks, one water park, a retail/dining/entertainment venue, and 12 resort hotels on three continents. Mr. Robinson also assisted in the planning and development of two resort hotels in Tokyo, Japan, working with the Oriental Land Company owners.

Mr. Robinson has also served on the board of directors of Denny’s Corporation, a casual restaurant business, since March 2008, and is on a local advisory board of BB&T Corporation in Orlando, Florida.

Mr. Robinson holds a Bachelor of Science degree in microbiology from the University of Central Florida, and completed coursework through the Master’s in Business Administration program at Rollins College.

Joe Kleimanhttp://wwww.themedreality.com
Raised in San Diego on theme parks, zoos, and IMAX films, InPark's Senior Correspondent Joe Kleiman would expand his childhood loves into two decades as a projectionist and theater director within the giant screen industry. In addition to his work in commercial and museum operations, Joe has volunteered his time to animal husbandry at leading facilities in California and Texas and has played a leading management role for a number of performing arts companies. Joe previously served as News Editor and has remained a contributing author to InPark Magazine since 2011. HIs writing has also appeared in Sound & Communications, LF Examiner, Jim Hill Media, The Planetarian, Behind the Thrills, and MiceChat His blog, ThemedReality.com takes an unconventional look at the attractions industry. Follow on twitter @ThemesRenewed Joe lives in Sacramento, California with his wife, dog, and a ghost.
Share
Facebook
Twitter
Linkedin
Email
Print
WhatsApp
Pinterest
ReddIt
Tumblr
Previous article
Final Call for Submissions for 2016 AZA Annual Conference in San Diego this September
Next article
Matthias Li Named New CEO of Hong Kong’s Ocean Park