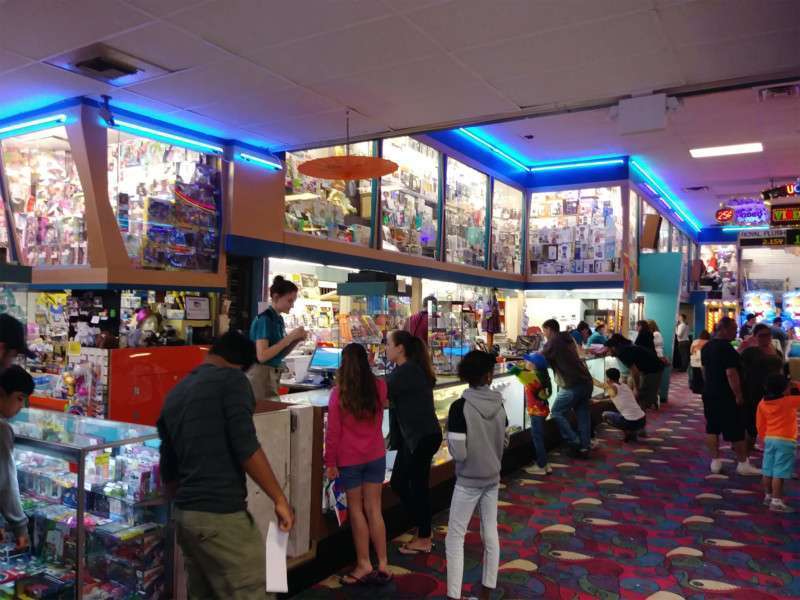 In the first implementation of its kind, Semnox Solutions has partnered with Gateway 26 Casino Arcade, the largest merchandise arcade in the state of New Jersey, to go digital by transitioning to its Parafait system for cashless operations. Overlooking the beautiful sunny beaches and the breathtaking Atlantic Ocean, Gateway 26 is a high-class Family Entertainment Center with over 400 game machines.

The well-planned and executed implementation was preceded by several months of product development and testing efforts to fully replace the legacy loyalty and redemption management software that Gateway 26 had been using for 30 years. The aim was to  ensure that players continue to retain their levels and benefits even after transition.  The project involved the migration of data from the legacy system. One of the key goals achieved was to make the transition seamless to the end customers and staff.

“I understand how fortunate we are to have found such a wonderful group of people to work with.  We are extremely appreciative of Semnox’ s efforts! I would give 11 stars on the scale of 1 to 10” said Brian Sharpe, general manager, Gateway 26 Arcade Casino.

This was followed by the installation of Semnox Lumin readers on redemption games at Gateway 26 which is also credited with a couple of firsts in the cashless industry—first roll poker on a card system as well as the first arcade video poker on a card system in the USA.  With roll poker having been designed in the early 1970s, in-depth research and precision were crucial in ensuring successful installation of the wireless Lumin reader. The solution operates payments via a EMV payment platform. Gateway 26 has also implemented the Parafait POS, Mobile POS, F&B, Full Service Kiosks and cloud-based management and reporting.

Sharpe sees significant savings in physical ticket costs, operational costs, and a greater degree of accountability for cash.  Gateway 26 uses tickets earned for loyalty membership progression rather than dollar spent by the players and now, points are credited within 45 minutes. It  is the busiest arcade in USA where players win more than 90 million tickets every year.

“This is a significant milestone considering the great legacy of Gateway26. The engagement was very fulfilling given the complex nature of the business requirements and the trust that Brian and team had on Semnox.” said Kiran Karanki Director of Semnox.

Joe Kleimanhttp://wwww.themedreality.com
Raised in San Diego on theme parks, zoos, and IMAX films, InPark's Senior Correspondent Joe Kleiman would expand his childhood loves into two decades as a projectionist and theater director within the giant screen industry. In addition to his work in commercial and museum operations, Joe has volunteered his time to animal husbandry at leading facilities in California and Texas and has played a leading management role for a number of performing arts companies. Joe previously served as News Editor and has remained a contributing author to InPark Magazine since 2011. HIs writing has also appeared in Sound & Communications, LF Examiner, Jim Hill Media, The Planetarian, Behind the Thrills, and MiceChat His blog, ThemedReality.com takes an unconventional look at the attractions industry. Follow on twitter @ThemesRenewed Joe lives in Sacramento, California with his wife, dog, and a ghost.
Share
Facebook
Twitter
Linkedin
Email
Print
WhatsApp
Pinterest
ReddIt
Tumblr
Previous articleNeon Museum introduces self-guided tours
Next articleIESLA bestows numerous awards upon Visual Terrain