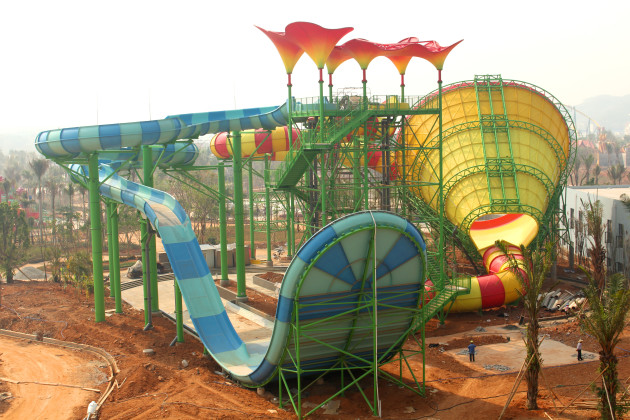 InPark takes a photo journey to some of the best new parks and attractions hitting the waterpark scene in Asia. 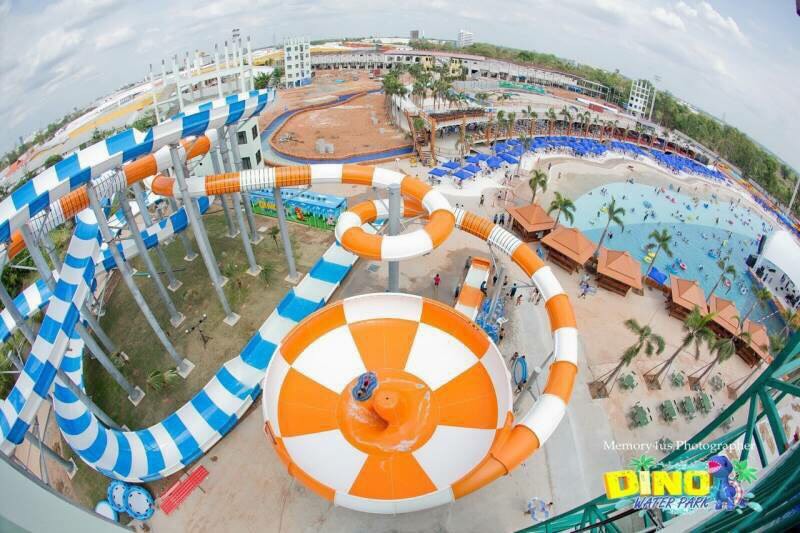 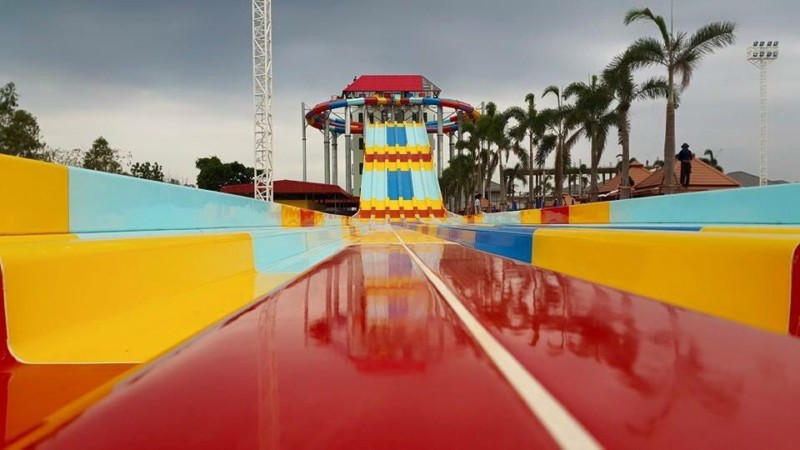 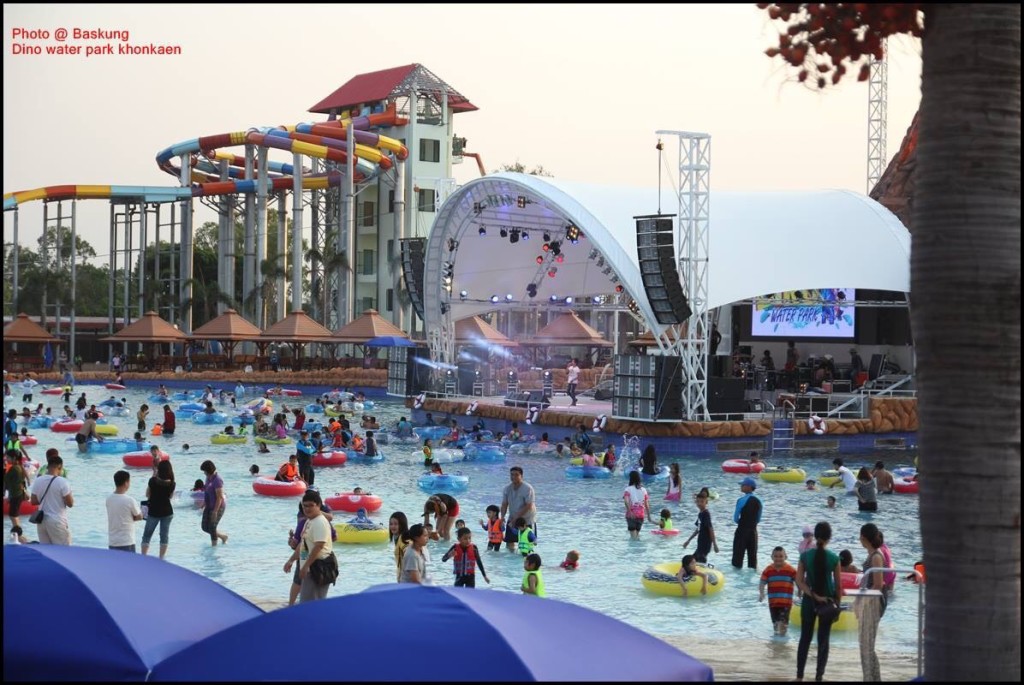 Covering more than 40 acres, Dino Waterpark in Khon Kaen, Thailand is themed on a time in the earth’s history more than 100 million years ago when dinosaurs roamed the earth and features Polin Waterparks attractions. The park includes Asia’s first Magicone, a high-capacity waterslide shaped like a gigantic funnel tipped on its side. Guests enter the streamlined, geometric form by sliding down a steep drop that sends them whirling around the conical interior. The park is currently in soft opening with a grand opening planned for November. 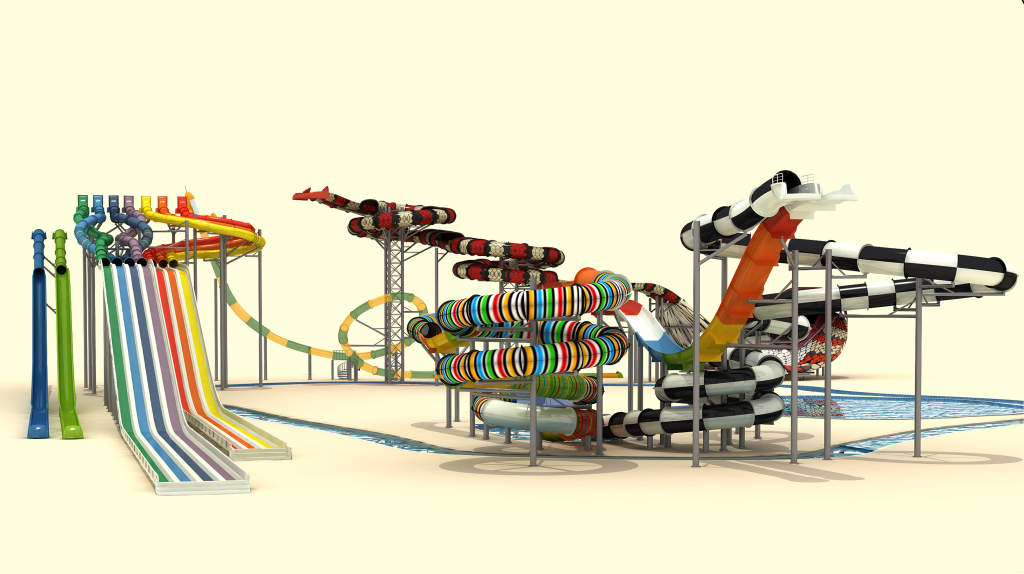 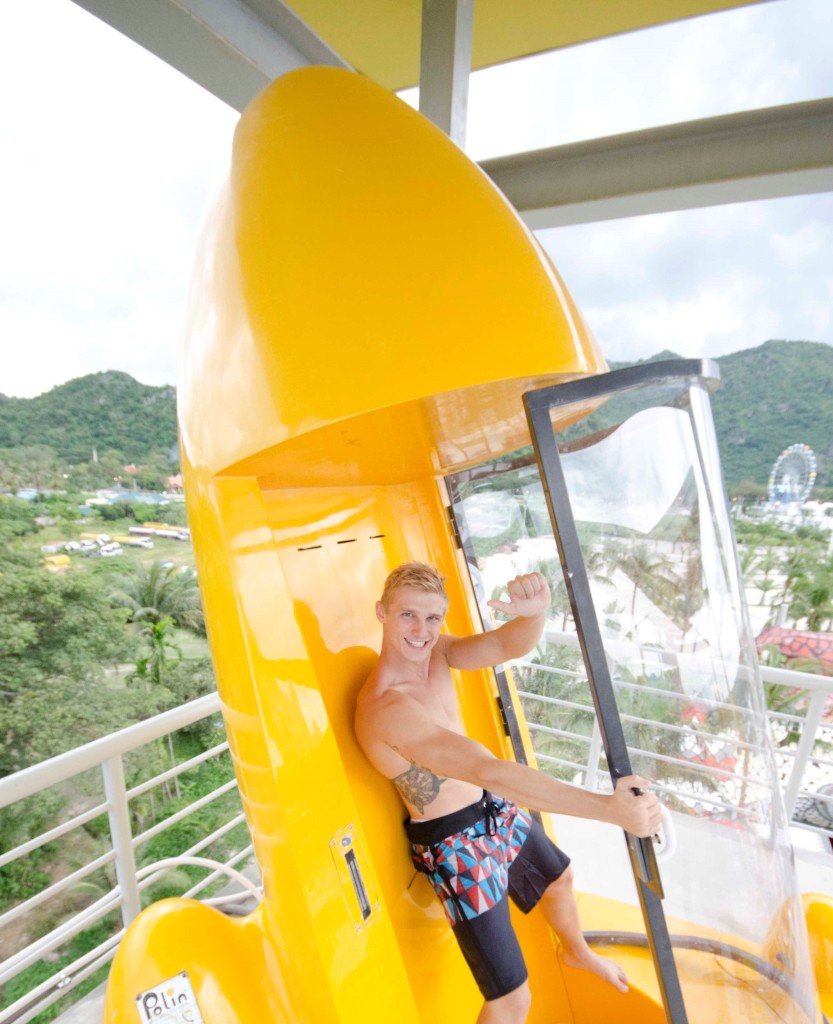 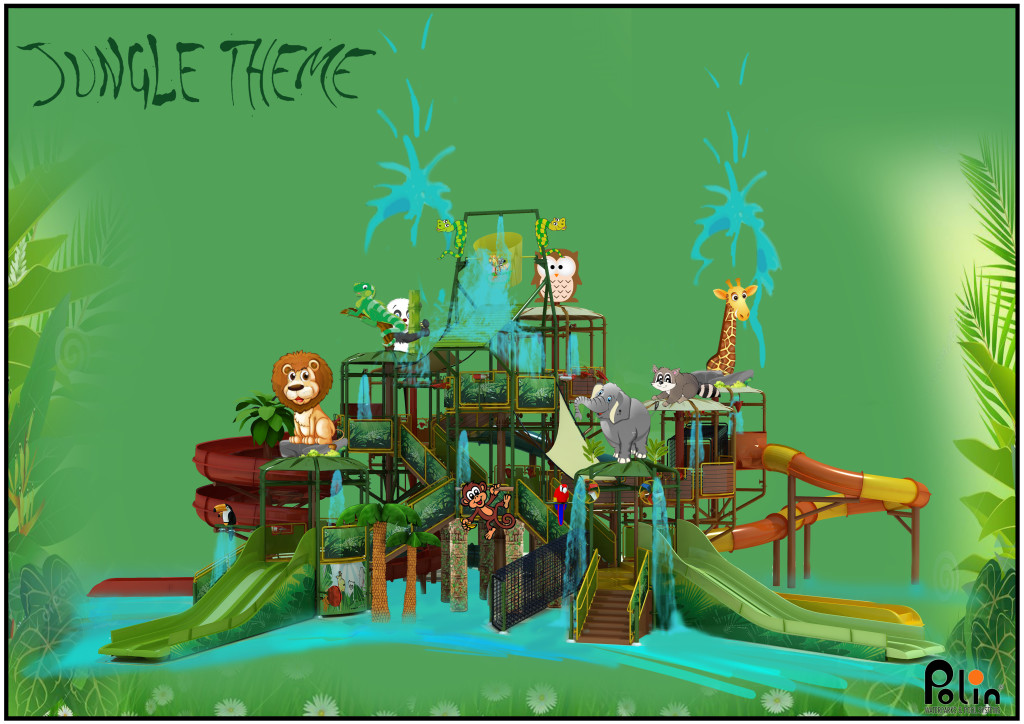 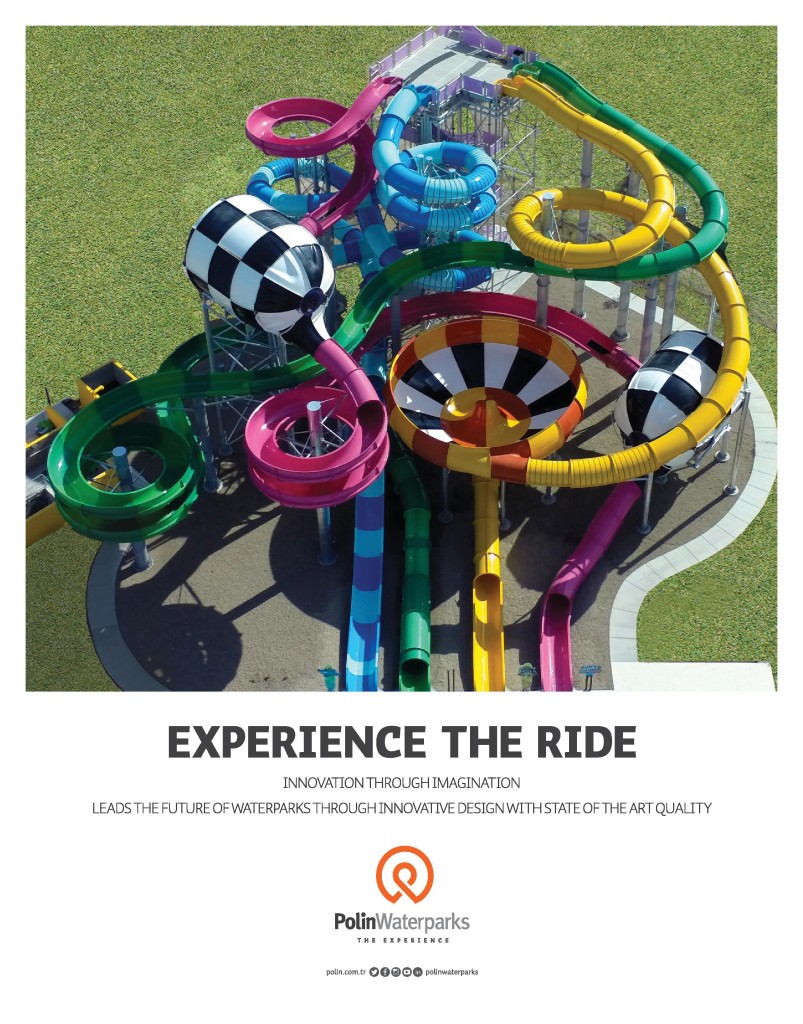 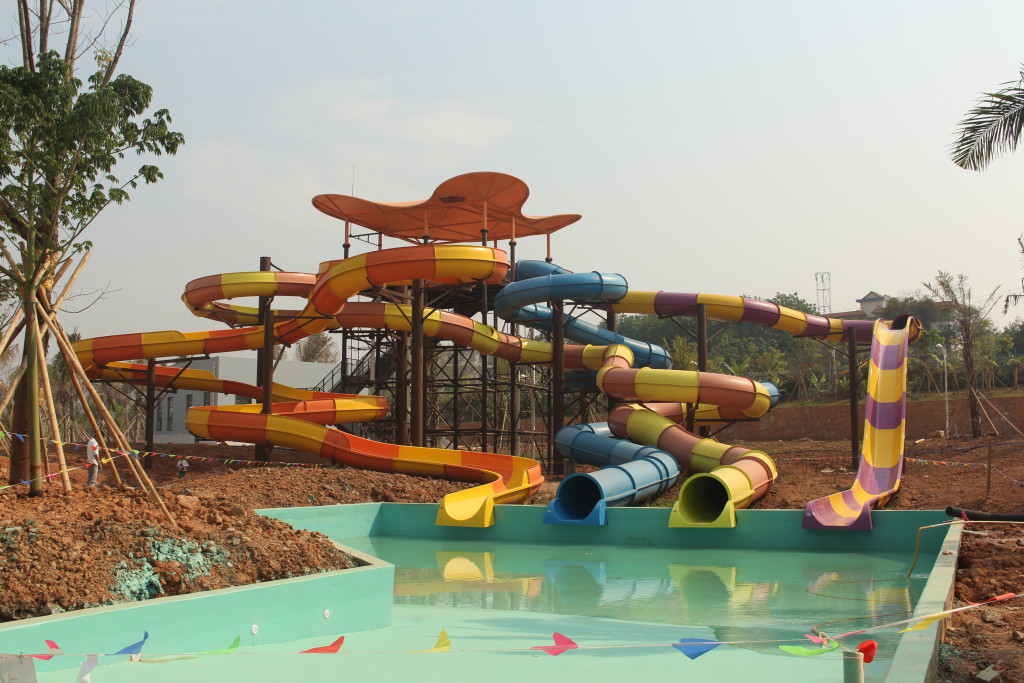 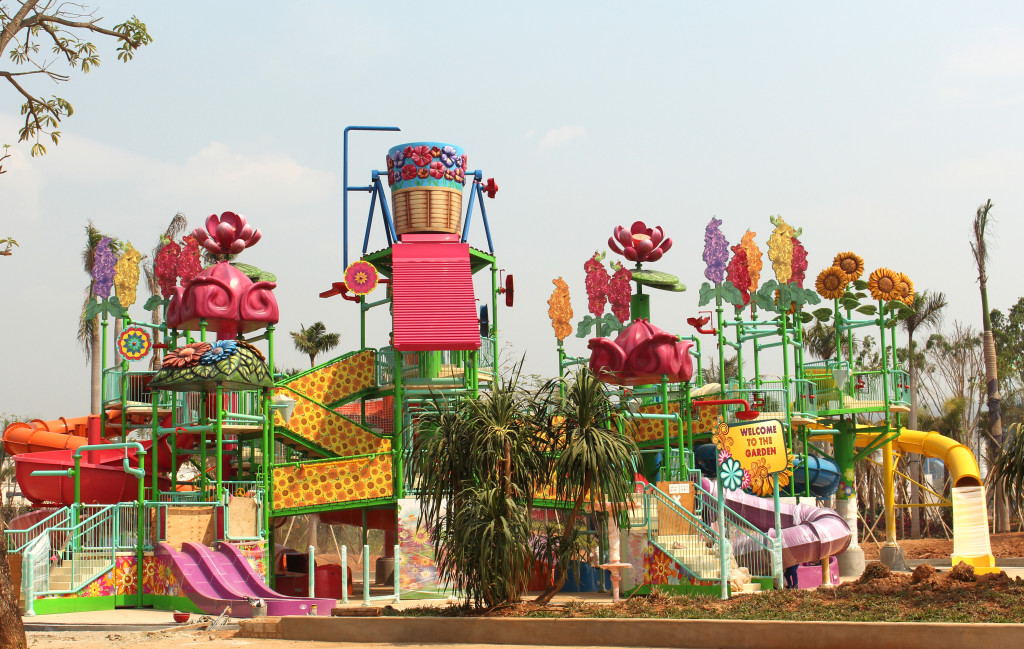 Xishuangbanna International Resort is a new development by Dalian Wanda Group located in Jinghong City, China. The property occupies 6 square kilometers of land and will be one of the largest culture and tourism investments in the world when it opens. It will house seven separate areas including a theme park, a golf course, a 5-star hotel, a theatre, a commercial center, a hospital and a new tourism town. WhiteWater is sole supplier of the waterslides and AquaPlay interactive water play structure. Slides are themed as a tropical jungle and celebrate Dai culture: the colors of the fiberglass are extremely bright, filled with yellows, pinks and blues and each waterslide is supported by vibrant green steel that makes up the flower’s stalk. 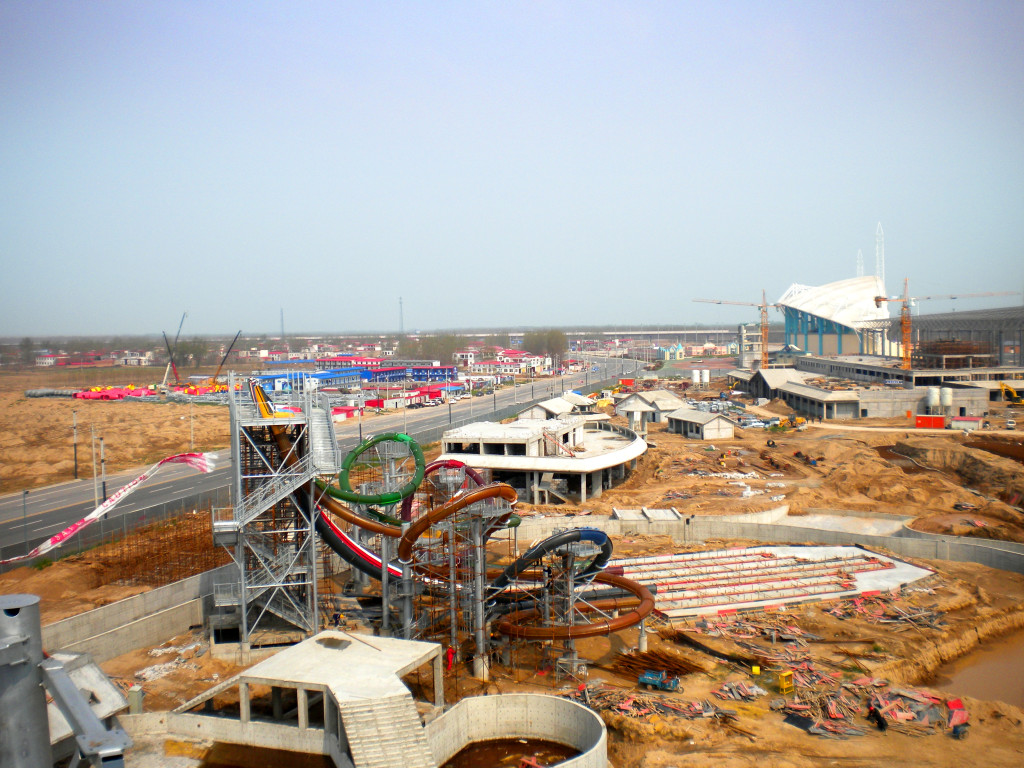 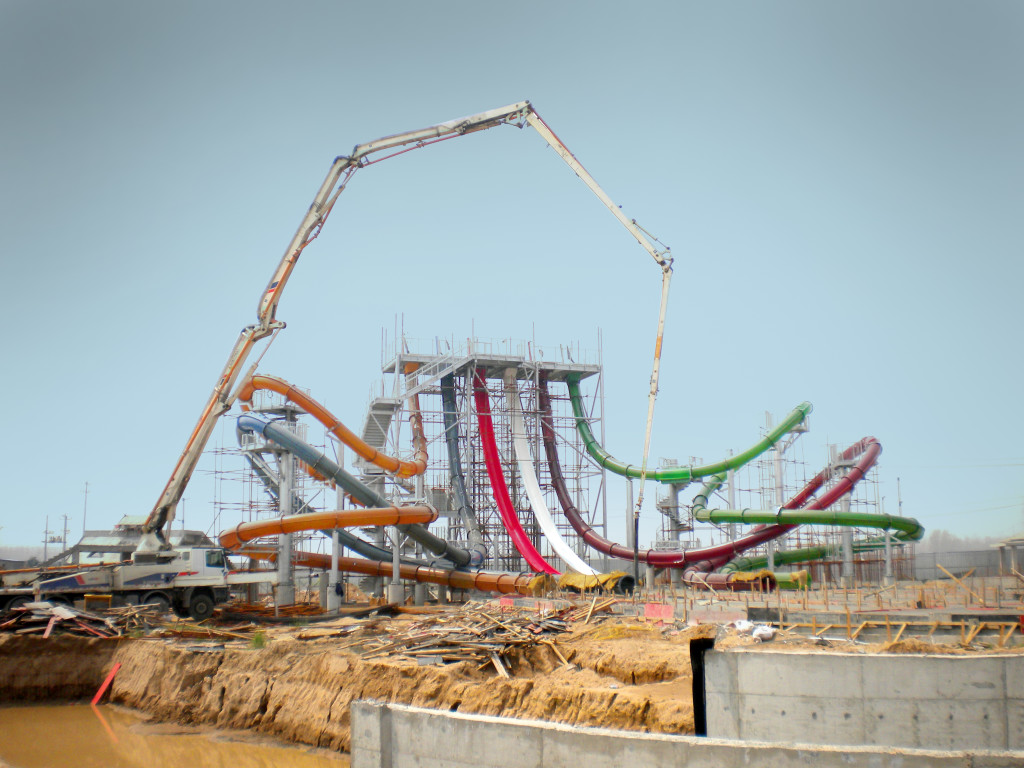 Yinji Kaifeng Waterpark in Zhengzhou, Henan, China is expected to open in June. The colossal waterpark boasts an indoor and outdoor portion and anticipates a peak day capacity of 15,000 guests indoors and 32,000 outdoors. Within nine separate waterslide complexes, nearly every Whitewater product is represented. WhiteWater is also providing concept and schematic design services as well as installation services. The park contains over 7 kilometers (over 4 miles) of fiberglass waterslide flume, end to end. 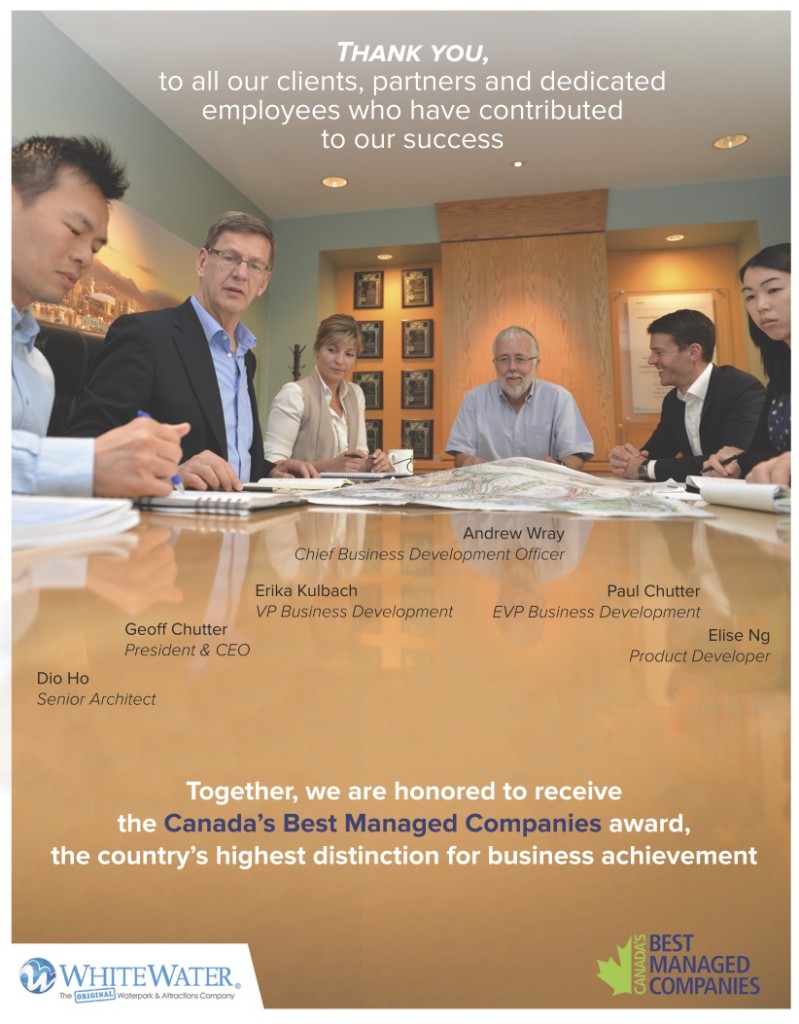 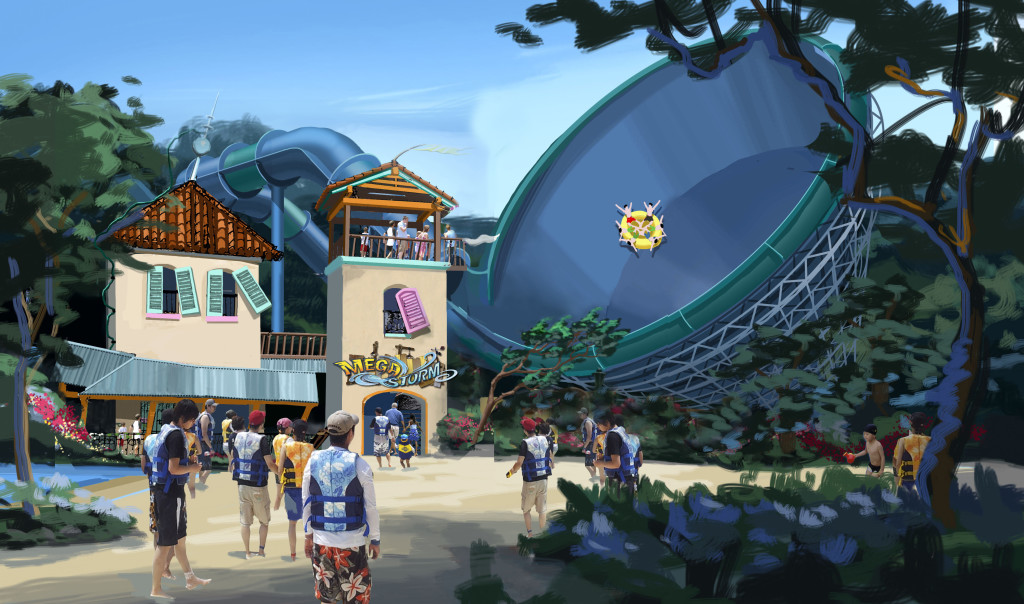 Caribbean Bay is the sixth most attended water park in the world. It is South Korea’s first waterpark and the world’s first indoor/outdoor waterpark complex. This summer they are opening their largest attraction yet, a 6-person ProSlide Hybrid: HydroMAGNETIC® MAMMOTH®/ TORNADO® 60, winner of IAAPA’s most exclusive Industry Impact award. Moving 1,080 guests an hour, it will surely be a hit attraction in the park!

Joe Kleimanhttp://wwww.themedreality.com
Raised in San Diego on theme parks, zoos, and IMAX films, InPark's Senior Correspondent Joe Kleiman would expand his childhood loves into two decades as a projectionist and theater director within the giant screen industry. In addition to his work in commercial and museum operations, Joe has volunteered his time to animal husbandry at leading facilities in California and Texas and has played a leading management role for a number of performing arts companies. Joe previously served as News Editor and has remained a contributing author to InPark Magazine since 2011. HIs writing has also appeared in Sound & Communications, LF Examiner, Jim Hill Media, The Planetarian, Behind the Thrills, and MiceChat His blog, ThemedReality.com takes an unconventional look at the attractions industry. Follow on twitter @ThemesRenewed Joe lives in Sacramento, California with his wife, dog, and a ghost.
Share
Facebook
Twitter
Linkedin
Email
Print
WhatsApp
Pinterest
ReddIt
Tumblr
Previous articleSeaWorld Creating “Sharks Realm” in Orlando Highlighted by Shark-Themed B&M Hyper Coaster
Next articleKaka’s Great Adventure