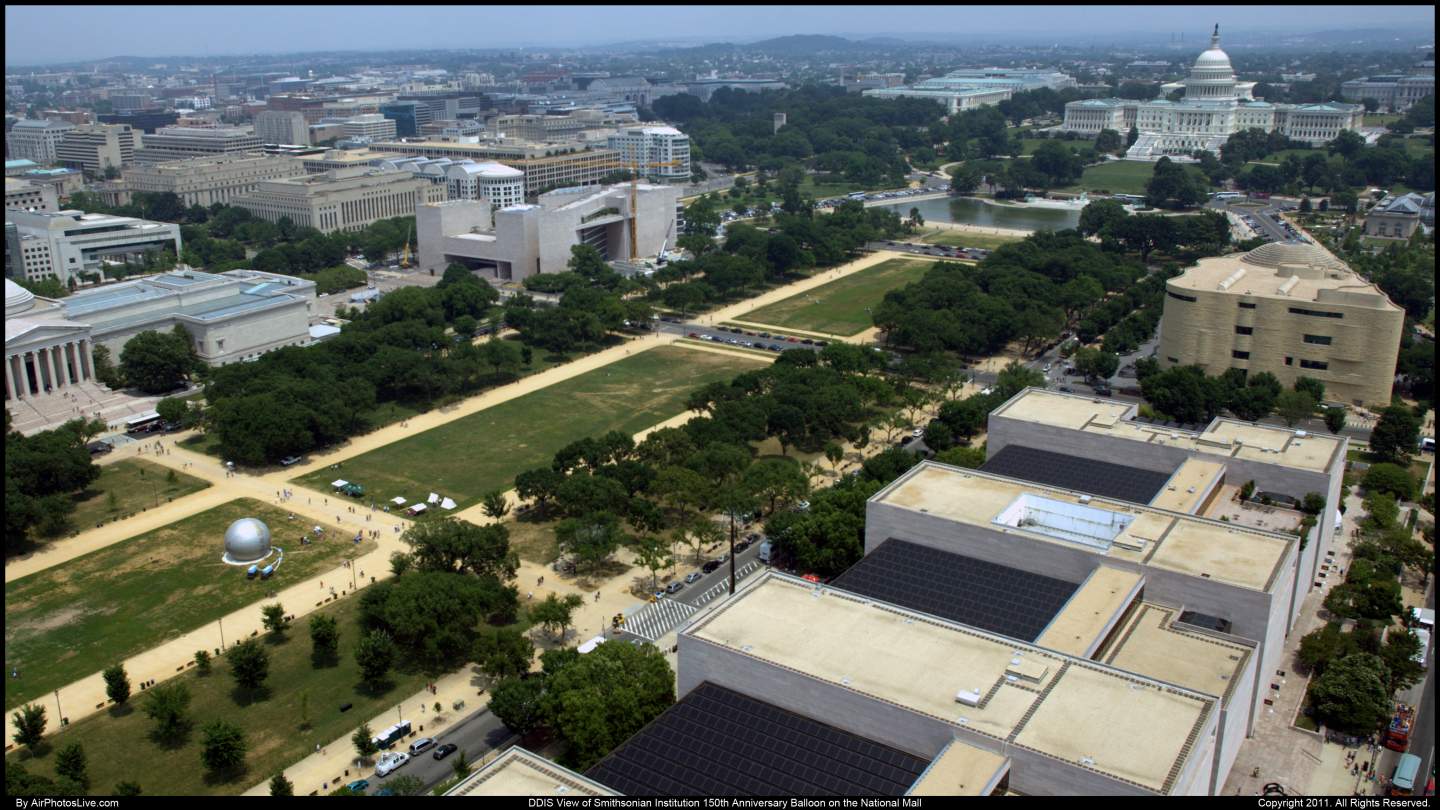 Rep. José E. Serrano (D-NY-15), Rep. Will Hurd (R-TX-23), lead bill sponsors, and Congressional leaders applauded the historic passage of H.R. 2420, the National Museum of the American Latino Act, in the U.S. House of Representatives. Rep. Serrano introduced the legislation in the 116th Congress, along with Rep. Hurd, who serves as the bill’s lead Republican.  H.R. 2420 would establish a Smithsonian National Museum of the American Latino on the National Mall dedicated to honoring the contributions of American Latinos throughout U.S. history. The bill passed unanimously on July 27, 2020, the first time the bill has passed the House.  The work and efforts of Speaker Nancy Pelosi (D-CA-12); Majority Leader Steny Hoyer (D-MD-5); Rep. Tony Cárdenas (D-CA-29); Rep. Joaquin Castro (D-TX-20), Chairman of the Congressional Hispanic Caucus (CHC); Rep. Raúl M. Grijalva (D-AZ-3), Chairman of the House Committee on Natural Resources; Rep. Pete Aguilar (D-CA-31), CHC member of the Committee on House Administration were instrumental to the bill’s consideration and passage.

“I am incredibly proud that, during my final term in office, I have been able to lead the effort in the House to make the Smithsonian National Museum of the American Latino a reality. Today, we reached an important milestone for the Hispanic community with passage of this legislation. After nearly 20 years of work, the National Museum of the American Latino Act was finally considered and approved with overwhelming bipartisan support. I once again want to thank Rep. Hurd, Chairman Castro, Chairman Grijalva, Rep. Aguilar, Rep. Cárdenas, and the rest of my colleagues in the Congressional Hispanic Caucus for their continued support, as well as Speaker Pelosi’s and Majority Leader Hoyer’s commitment to bringing H.R. 2420 to the House floor for a vote. I also want to thank the original visionaries in this effort, Congressman Xavier Becerra and Congresswoman Ileana Ros-Lehtinen. Now, we call on our colleagues in the Senate to follow the House’s lead and finish the job by immediately considering H.R. 2420,” said Rep. José E. Serrano, Dean of the Congressional Hispanic Caucus and chief sponsor of the bill.

“Almost 59 million Latino and Latina Americans call our nation home, and estimates show by 2060 one out of every four people in the United States will be of Latino heritage. I’m proud to take part in this effort to collect, present and protect—in one place—artifacts, stories and collections that reflect upon this important history,” said Rep. Will Hurd. “To fully understand American history, we have to understand all our history. With our actions today, we are one step closer to cementing the stories, history and culture of the American Latino on the National Mall.”

“Today is a proud day for the Congress and the Country, as the Democratic House passes the National Museum of the American Latino Act,” said Speaker Nancy Pelosi.  “This long-overdue legislation will celebrate the contributions of generations of Latinos, acknowledging this truth: that Latino history is American history.  And as it celebrates the past, this legislation will inspire the future, ensuring that the tens of millions of visitors to our nation’s capital each year can learn the full story of America. I salute Congressman José Serrano, a powerful force for justice, equality and progress for all, the Congressional Hispanic Caucus, and the many leaders who have dedicated decades to this fight,” said Speaker Nancy Pelosi.

“I was proud to join Rep. Serrano as a cosponsor of his legislation to create a National Museum of the American Latino and bring it to the House Floor for consideration, where it passed with strong bipartisan support,” said Majority Leader Steny H. Hoyer. “Latinos have been contributing to and making American history for the past 500 years.  It is important we recognize the diversity of our country and celebrate Latino art, culture, history, and contributions to our national life with a museum within the Smithsonian Institution on the National Mall.  This is particularly important in light of the Trump Administration’s efforts to denigrate Latinos in our country through its discriminatory and harmful policies.  House Democrats welcome and appreciate Latinos’ role in building a stronger, more prosperous, and more diverse America.  We must tell the stories of Latino communities as part of the broader narrative of our history, which is enshrined in the wonderful Smithsonian museums in our nation’s capital. I want to thank Rep. Serrano for his leadership in this effort as well as the Congressional Hispanic Caucus and the many organizations that have worked hard to advocate for the construction of such a museum, which will stand as a testimony to the important role of Latinos in the history of building America and shaping its future.”

“Today, in a historic moment of bipartisan cooperation, the House of Representatives passed the National Museum of the American Latino Act to establish the first national museum dedicated to Latino history and culture. Now more than ever, when Latinos are being attacked by this administration and in the media, the American people deserve to learn the history and heritage of Hispanic Americans. Latinos have been an integral part of the success of America and for too long, the pivotal role the Latino community has played in the success of this great nation have largely been overlooked and our contributions underappreciated. I’m proud to have worked with my colleagues Representatives Serrano and Hurd on getting this passed, and I thank everyone who supported this bill. I urge the Senate to quickly pass this bill and finally make this museum a reality,” said Rep. Tony Cárdenas.

“The Congressional Hispanic Caucus eagerly welcomes the creation of a new Smithsonian museum to tell our nation’s Latino story. From the first arrival of Spanish-speaking settlers in what is today Florida and the American Southwest, to the essential workers keeping America fed and running during this COVID-19 pandemic, Latinos are a central thread in the fabric of our nation. Now more than ever, we deserve to have our stories told, and there is no better place to tell them than in a new museum in the heart of our nation’s capital. I thank Rep. Serrano for his leadership and vision on this issue, which will leave a lasting legacy for untold generations of American Latinos who will see their culture, art, and history celebrated here,” said CHC Chairman Castro.

“We are grateful to our champions on Capitol Hill who have stood by us to ensure that American history as laid out on our National Mall in Washington, D.C. is inclusive of over 500 years of American Latino contributions ,” said Estuardo Rodriguez, President & CEO of FRIENDS. “Representation matters, and it is essential that future generations see that the American Latino community has, and continues to, shape the country that we are today. We are not across the finish line, yet, but today’s vote is a historic milestone for our campaign, our community, and our nation.”

“It is my hope that when this museum is established, the enumerable contributions that Latino Americans have offered to our art and culture, our scientific understanding, our academic excellence, our national defense, and so many other areas of American life will finally take their rightful place in our American story,” said Rep. Raúl M. Grijalva. “The National Smithsonian Latino Museum will help tell that richer and more complete history that we’re all now realizing is sorely needed. As the Trump Administration continues to demonize Latinos through racist policies that attack immigrants, stereotype our people, and erase our visibility in our own country, this bill will allow us to share our story in a way the entire country and the entire world can appreciate.”

“Today marks an important step forward in our effort to recognize the contributions of Latinos to America’s history and culture – an effort that Congressman Serrano has championed for years. For generations, American Latinos have been at the center of growth and progress in the United States, and I look forward to seeing a museum on the national mall to tell that story. I’m grateful for the bipartisan support we received today on the House floor, and I urge my Senate colleagues to take up this bill without delay,” said Rep. Pete Aguilar, member of the House Rules Committee.

H.R. 2420, the National Museum of the American Latino Act, builds on nearly 20 years of work by advocates and members of Congress that laid the foundation for the establishment of a national museum to celebrate the history and countless contributions of American Latinos. The first Congressional bill was introduced in 2003 by former Reps. Xavier Becerra (D-CA) and Ileana Ros-Lehtinen (R-FL) to create a commission to study the feasibility of a future museum. In 2008, that legislation was signed into law and a 23-member commission was formed soon after. In May 2011, the Commission’s work culminated in a final report presented to President Barack Obama and Congressional leaders laying out a detailed plan for the establishment of a world-class museum on the National Mall.

H.R. 2420 would establish a Board of Trustees to help guide the Smithsonian’s creation of the museum. It would authorize a 50 percent federal match to privately raised dollars for design and construction costs. It would also authorize grants to strengthen and develop American Latino Museums around the country and assist students pursuing degrees in the fields of Latino history, arts, and culture. It has been modeled closely after legislation that successfully established the National Museum of African American History and Culture, and other museums within the Smithsonian Institution.

Joe Kleimanhttp://wwww.themedreality.com
Raised in San Diego on theme parks, zoos, and IMAX films, InPark's Senior Correspondent Joe Kleiman would expand his childhood loves into two decades as a projectionist and theater director within the giant screen industry. In addition to his work in commercial and museum operations, Joe has volunteered his time to animal husbandry at leading facilities in California and Texas and has played a leading management role for a number of performing arts companies. Joe previously served as News Editor and has remained a contributing author to InPark Magazine since 2011. HIs writing has also appeared in Sound & Communications, LF Examiner, Jim Hill Media, The Planetarian, Behind the Thrills, and MiceChat His blog, ThemedReality.com takes an unconventional look at the attractions industry. Follow on twitter @ThemesRenewed Joe lives in Sacramento, California with his wife, dog, and a ghost.
Share
Facebook
Twitter
Linkedin
Email
Print
WhatsApp
Pinterest
ReddIt
Tumblr
Previous articleKnott’s Berry Farm falls into the holiday season with Knott’s Taste of Fall-O-Ween outdoor food and retail experience
Next articleMuseum of Discovery and Science in Fort Lauderdale seeks Director of Education