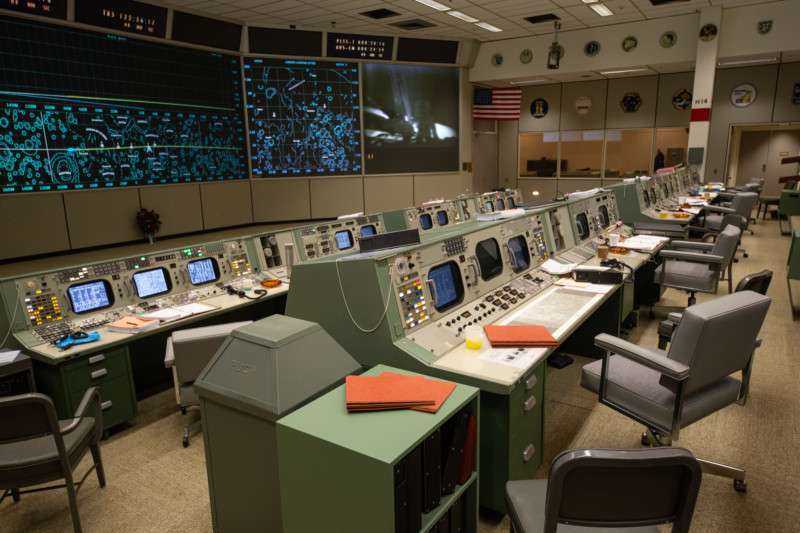 It’s mission accomplished for the restoration of NASA’s Apollo Mission Control Center. The nonprofit Space Center Houston welcomes people from around the world to experience the historic room that helped land humans on the Moon.

“Thanks to the city of Webster and worldwide support, the treasured landmark is now restored, preserving it for future generations,” said William T. Harris, president and CEO of Space Center Houston. “We can gain incredible insight through the accomplishments of the Apollo era, and the room will continue to inspire people and innovators to chase their dreams.”

Beginning July 1, Space Center Houston guests can see the newly restored room as part of the center’s NASA Tram Tours and Level 9 VIP Tours. The restoration of Apollo Mission Control is complete just in time for guests to experience the legacy of the Apollo era as the world celebrates the 50th anniversary of the Apollo 11 lunar landing this July.

Designated a National Historic Landmark in 1985, the room celebrates human space exploration and inspires people from around the world who visit. Space Center Houston, the city of Webster and NASA Johnson Space Center worked together over two years to restore the room that fueled the space race and innovation that changed the course of history.

The restoration project was for the National Historic Landmark, the Apollo Mission Control Center at NASA Johnson Space Center. The room, used during the Gemini, Apollo and Shuttle eras, underwent restoration beginning in July 2017.

The scope of the restoration project included the Mission Operations Control Room (MOCR), the Visitor Viewing Room, Simulation Control Room and the Summary Display Projection Room (also called the “bat cave”). Guests will now see the restored flight control consoles with buttons illuminated and their screens displaying data used during the Apollo 11 mission. The five large screens across the front of the room have been reactivated with projections to recreate the exact images seen during the Apollo 11 mission. Other details include period-authentic coat racks, chairs and a coffee station. Furnishings on the consoles include flight control manuals, ashtrays, pens, maps, coffee cups and headsets.

Space Center Houston guests will sit in the original viewing room seats, which have been reinforced and reupholstered. The experience displays an accurate look of the iconic room based on the Apollo era.

The restored room is a symbol of ingenuity, perseverance and remarkable technological advancements. Experience the restored Apollo Mission Control Center as a part of the Apollo anniversary celebrations. Space Center Houston will celebrate the historic first steps on the Moon with a spectacular lineup of events including “Apollo 11 50th Live, presented by JSC Federal Credit Union,” an all-day festival on July 20 celebrating the legacy of the Apollo era and the future of space exploration. The festival will culminate with an evening concert featuring performances by WALK THE MOON and Phillip Phillips.

Visit spacecenter.org for more information about the activities and hours of operation during this special period.

Joe Kleimanhttp://wwww.themedreality.com
Raised in San Diego on theme parks, zoos, and IMAX films, InPark's Senior Correspondent Joe Kleiman would expand his childhood loves into two decades as a projectionist and theater director within the giant screen industry. In addition to his work in commercial and museum operations, Joe has volunteered his time to animal husbandry at leading facilities in California and Texas and has played a leading management role for a number of performing arts companies. Joe previously served as News Editor and has remained a contributing author to InPark Magazine since 2011. HIs writing has also appeared in Sound & Communications, LF Examiner, Jim Hill Media, The Planetarian, Behind the Thrills, and MiceChat His blog, ThemedReality.com takes an unconventional look at the attractions industry. Follow on twitter @ThemesRenewed Joe lives in Sacramento, California with his wife, dog, and a ghost.
Share
Facebook
Twitter
Linkedin
Email
Print
WhatsApp
Pinterest
ReddIt
Tumblr
Previous articleExpo 2020 Dubai Update
Next articlealterface sees 25% increase in buyer visits during IAAPA Expo Asia