Cutting Edge Film SPACE NEXT Will Showcase Past, Present, and Future of Space Exploration to NewSpace Conference Delegates at Museum of Flight 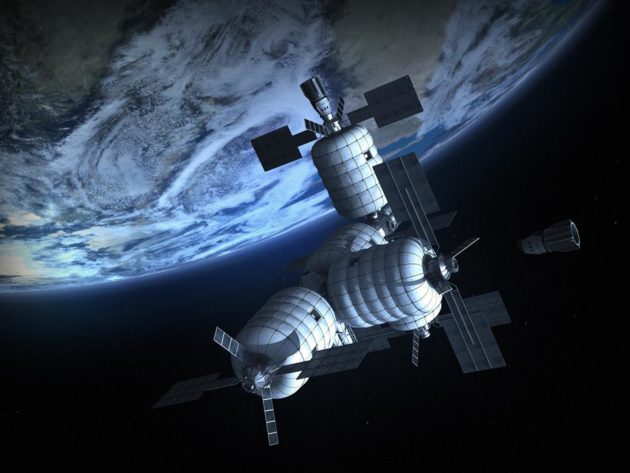 Las Vegas, NV, USA (June 15, 2016) — “We are thrilled that Space Next will be seen at the Museum of Flight by NewSpace 2016 conference delegates – because the movie’s message is that space research, industry and exploration are alive and well in the 21st Century global community,” said producer/director Luke Ployhar of Afterglow Studios. The Museum of Flight, a Smithsonian affiliate, dedicated its entire June 18 film schedule to premiere Space Next in 4K stereoscopic 3D CGI, and the opening was timed to coincide with the NewSpace conference of space entrepreneurs, scientists, engineers and policy leaders, held annually by the Space Frontier Foundation. At two of the premiere screenings (open to the public), Space Next director Luke Ployhar – a seasoned Hollywood filmmaker and effects artist whose credits include Minority Report – will introduce the film and show how scenes were created. Ticket & schedule information: http://bit.ly/24OZjIr

Museum of Flight President and CEO Doug King said, “Space Next fits the Museum’s commitment to be the foremost educational air and space museum in the world. It is a perfect fit for attendees and fans of the NewSpace conference, and especially for young people inspired by the subject matter.”

“These deep space missions, robotics, satellites, space tourism, life changing science breakthroughs and data visualization may seem like science fiction, but are part of modern-day reality,” said Tina Ratterman of BIG & Digital, distributor of Space Next. “Space Next was designed to engage and inform the public and serve STEAM education with a realistic picture of our present and future in space.”

Cutting edge digital cinema
Space Next is a movie on the frontiers of cinema as well as space. It was produced in realistic, digital animation to screen on the world’s IMAX® and Giant Screen Theaters and most advanced cinema systems – ultra-high resolution and custom immersive theaters most often found in science museums and modern planetariums. It was formatted to accommodate multiple digital platforms including IMAX®, 2D, 3D, flat-screen and Fulldome, and resolutions up to 8K. (In comparison, high-end commercial cinema has not yet gone beyond 4K resolution.)

Modern aerospace innovation
Space Next first summarizes the history of space exploration, which was primarily government-led through the end of the NASA shuttle program in 2011. Then the movie delves into the rich variety of modern-day government and private industry activity on today’s space frontiers.

“We worked with leading scientists and consultants from NASA and other institutions to create the visuals and story of Space Next,” said Luke Ployhar. “The film presents actual possibilities of what lies in the future of space development and exploration.”

Among the aerospace innovators covered in Space Next:
• Bigelow Aerospace (Las Vegas) – is developing a pioneering space station design using inflatable modules – as widely reported in the news, one such module was field tested on the International Space Station on June 3, 2016
• SpaceX (Hawthorne, CA) – private developer of space vehicles that is frequently in the news (most recently successfully landed a rocket on a drone barge as proof of concept for reusable rockets)
• NASA – Satellites have advanced the study and understanding of space and weather phenomena tremendously with unprecedented levels of image capture and data visualization

Global exposure
Space Next is currently screening at Tycho Brahe Planetarium in Copenhagen, National Infantry Museum (Columbus GA), US Space and Rocket Center (Huntsville AL), and Johnson Geo Centre (St. John’s, NL, Canada) in addition to Museum of Flight. It is rolling out at additional venues in North America, Europe, Asia and Japan.

Space Next run times include 38 and 25 minutes. The film is supported with a comprehensive marketing campaign and includes a 23-page Educator’s Guide with activities to support Next Generation Science Standards and STEAM education (Science, Technology, Engineering, Arts and Math).

BIG & Digital, distributor of Space Next
BIG & Digital is a Boutique Distributor of Films for Museums, Attractions and Cinemas in 15/70mm, 2K and 4K Digital, IMAX® Digital, Fulldome, Blu-Ray and DVD. BIG & Digital has worldwide distribution rights of all formats of “Space Next.” Sub-Distribution Partners include Evans & Sutherland (Fulldome worldwide, excluding Japan) and D&D Pictures (Fulldome and Flat Screen in Japan). Other titles in the BIG & Digital library of special venue cinema include Dragons and Watermelon Magic. Visit www.biganddigital.com or follow BIG & Digital on Instagram, Vine, Facebook and LinkedIn.

About the Museum of Flight
Founded in 1965, the independent, non-profit Museum of Flight is one of the largest air and space museums in the world, serving more than 560,000 visitors annually. The Museum’s collection includes more than 160 historically significant airplanes and spacecraft, from the first fighter plane (1914) to today’s 787 Dreamliner. Attractions also include the original Boeing Company factory, and the world’s only full-scale NASA Space Shuttle Trainer. The Museum’s aviation and space library and archives are the largest on the West Coast. More than 150,000 individuals are served annually by the Museum’s on-site and outreach educational programs. The Museum of Flight is accredited by the American Association of Museums, and is an Affiliate of the Smithsonian

Joe Kleimanhttp://wwww.themedreality.com
Raised in San Diego on theme parks, zoos, and IMAX films, InPark's Senior Correspondent Joe Kleiman would expand his childhood loves into two decades as a projectionist and theater director within the giant screen industry. In addition to his work in commercial and museum operations, Joe has volunteered his time to animal husbandry at leading facilities in California and Texas and has played a leading management role for a number of performing arts companies. Joe previously served as News Editor and has remained a contributing author to InPark Magazine since 2011. HIs writing has also appeared in Sound & Communications, LF Examiner, Jim Hill Media, The Planetarian, Behind the Thrills, and MiceChat His blog, ThemedReality.com takes an unconventional look at the attractions industry. Follow on twitter @ThemesRenewed Joe lives in Sacramento, California with his wife, dog, and a ghost.
Share
Facebook
Twitter
Linkedin
Email
Print
WhatsApp
Pinterest
ReddIt
Tumblr
Previous article
National Aquarium’s Relocation of Dolphins is Facility Expansion on the Greatest of Scales
Next article
A world’s fair in Toronto in 2025? Exclusive interview with Councillor Kristyn Wong-Tam