A world’s fair in Toronto in 2025? Exclusive interview with Councillor Kristyn Wong-Tam 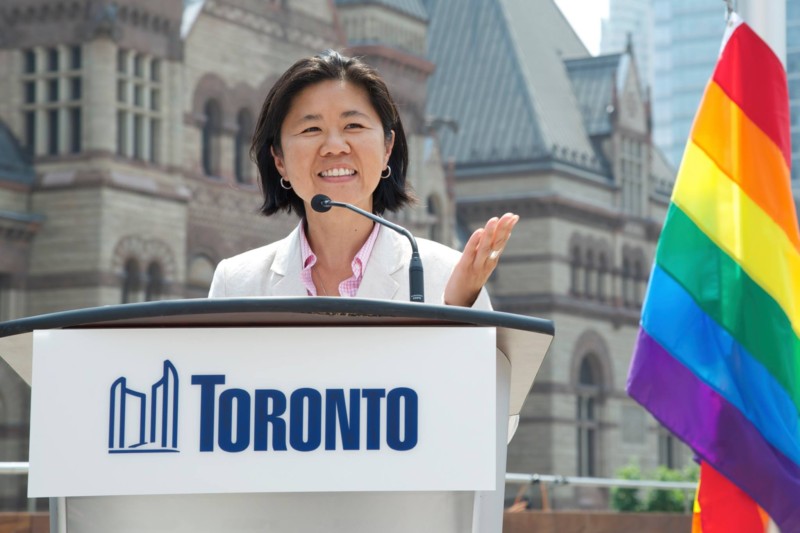 If Toronto succeeds in its bid to host a six-month world’s fair in 2025, it would bring this type of unique international showcase back to the North American continent for the first time since Vancouver Expo 86. James Ogul spoke with Toronto Councillor Kristyn Wong-Tam, Co-Chair of the Expo 2025 Canada Steering Committee to find out more about Toronto’s initiative.

Why has it been such a long time? Because Canada, like the US, is no longer a member of the Bureau International des Exhibitions (BIE), the Paris-based diplomatic body that oversees these events.

Toronto represents a great location for a world’s fair in a country with an excellent track record of hosting these events. Vancouver in 86 and Montreal in 67 were both successful, well attended and historically significant world expos. I’ve got first-hand experience of this: At Vancouver 86, the transportation themed expo, I had the great pleasure of serving as Pavilion Director for the U.S. Pavilion.

The US and Canada may be on world’s fair hosting hiatus, but cities and countries in other parts of the world recognize the potential advantages and compete for the opportunity. Already Rotterdam and Paris have expressed interest in bidding for the 2025 slot.

Councillor Wong-Tam has an extensive career investing in the City of Toronto through both the public and private sectors. Her contributions have led to the development and support of numerous social planning programs, business ventures, art endeavors and successful community initiatives. 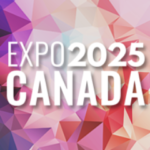 What prompted you to pursue the Toronto Expo 2025 effort?

I was fortunate enough to attend Expo 86 in Vancouver as a shy teenager and it transformed my identity from a new immigrant to a proud Canadian. Seeing Canada and the provinces with their individual and collective thematic interpretations on full display in the pavilions was an extraordinary life-changing experience for me. World Expos teach youth and the next generation that anything is possible when a country and its peoples come together to address global challenges head-on to achieve ambitious goals.

By 2025, it will be almost 40 years since a World Expo was hosted in North America and that means there is an entire generation in the west that has no understanding of what Expos are or how they helped a young country like Canada forge national pride and identity during Montreal’s Expo 67 or introduce striking innovations, new economies and a revitalized waterfront community in 1986 in Vancouver.

These six-month global conversations and conventions are still taking place with each Expo, only now Canada is no longer at the table. Canada was missing in Milan 2015 when 145 other countries were present and we’re anticipating that the Canadian government will skip Dubai 2020 without our advocacy and insistence that the world needs to hear Canada’s voice on the important issues of the day.

Who are your partners? – corporations, civic groups and so forth.

We are honored to have a wide-range of supporters from all diverse sectors, including those in the arts, academic, environmental, health, tourism, trade, union and business communities. Our supporters include the Toronto Arts Council, Wellesley Institute, Canadian Council of Aboriginal Business to the Toronto Region Board of Trade, Tourism Toronto, Residential and Civil Construction Alliance of Ontario and the list continues to grow daily. Our business community support is so solid that they have committed to funding, at no costs to the public purse, the next phase of feasibility work needed by governments before committing to a formal bid for Expo 2025.

Do you have a particular goal for the city of Toronto in mind that the expo would help accomplish? What would be the after expo plan for the site?

We believe that Expo 2025 will be the catalytic force that brings three orders of government together to complete in an accelerated manner with a committed delivery deadline for the infrastructure investments that Toronto separately needs, such as new housing and transit. The post-Expo legacy for Toronto will include vibrant new mixed-use neighborhoods and new waterfront parklands, an international cultural peacemaking strategy and top global smart city destination as a premier place to invest in new digital and technology-based economies. In 2025, Canada will host the greenest, the most inclusive, the most accessible and the most technological advanced Expo the world has ever seen.

What are the major obstacles to making this happen?

The Expo brand is unknown to a generation of Canadians and that is definitely one of our major obstacles. Unlike the Olympics that gets beamed onto television sets around the world every two years, World Expos, have largely disappeared from North American cultural and intellectual landscapes since 1986. We have to educate people about what a modern Expo is about and how it’s evolved from being your grandparents’ Expos to the modern centre of global civic dialogue, international trade and market place for innovation and hopeful technologies.

In addition, like other aspiring cities that are vying to host Expo 2025, we need to align the commitments of all orders of governments and leverage the Expo to help them achieve their own objectives. Expo 2025 must bring additional value to what the municipal, provincial and national governments all already trying to do, whether it’s the promotion of cultural tourism, development of new economies, waterfront revitalization or combating climate change. Canada’s Expo 2025 will only be successful when we bid, dream, theme, build and work together.

What can you tell our readers about the site you have selected?

The Port Lands is Toronto’s greatest and most under-utilized real estate asset with over 880 acres of contiguous land overlooking Lake Ontario and the city’s dynamic skyline. Not only will the Port Lands be revitalized and the lands be unlocked to generate new revenues for Toronto, it will be done while physically planning, designing and building “a new city” (given the enormous size of the Port Lands) within an existing city using the best Canadian practices to showcase innovation and inventions worthy of solidly establishing Canada’s top global place in the digital, green and emerging economies.

Have you chosen a theme and if so what can you tell our readers about it?

Our Expo 2025 has been consulting and developing themes for consideration but I’m not able to reveal anything yet.

The last two Toronto mayors have both written on separate occasions to the sitting Prime Minsters of the day to renew Canada’s membership in the BIE. Last month, in a letter from Prime Minister Justin Trudeau to Toronto Mayor John Tory, the federal government has opened the door for discussion regarding the Canada’s BIE membership renewal and a bid from Toronto. Toronto City Council will formally consider an Expo 2025 bid in October this year.

What would be the primary method of financing the Expo?

The private sector partnership we have at Expo 2025 Canada is extremely strong. They have stepped up in a very significant way and will be heavily supporting the pre-bid work and we have receive indication that this financial support will extend into the formal bid process, should the governments decide to move forward together.

What is your timetable for submitting a bid?

We are still discussing this internally and with our government partners, but I anticipate that we will formalize a decision by November 2016.

Jim Ogulhttps://www.inparkmagazine.com/talesfromtheexpo/
Since retiring from the US State Department in 2011 after a 30+ year career in world expos, James Ogul ([email protected]) has remained on the scene in an advisory and consulting role. He writes regularly for InPark Magazine about world’s fairs. See his free online book, Tales From the Expo.
Share
Facebook
Twitter
Linkedin
Email
Print
WhatsApp
Pinterest
ReddIt
Tumblr
Previous articleCutting Edge Film SPACE NEXT Will Showcase Past, Present, and Future of Space Exploration to NewSpace Conference Delegates at Museum of Flight
Next articleSimworx Offering Range of Cartoon Network Media-Based Attractions