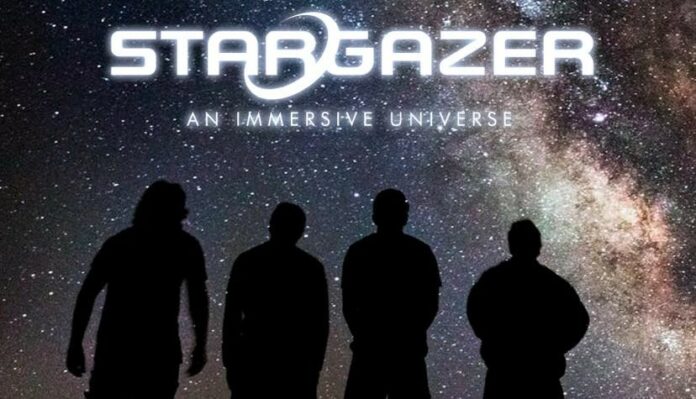 The world’s first contemporary, immersive art exhibition was devised in France in 1977; since then, there has been a proliferation of touring immersive exhibitions popping up almost everywhere… showcasing the work of Van Gogh (various iterations), Picasso, Kahlo, Monet, Michelangelo’s Sistine Chapel, etc. When I was touring “Imagine Van Gogh” in my hometown of Vancouver, BC (one of at least four concurrent similar shows) I recall thinking, “Sooner or later, someone is going to adapt this idea to astronomy and space.”

Sure enough, several planetariums and observatory visitor centers have dabbled in the expansive medium. My initial thinking, however, envisioned a counterpart to the art-show phenomenon: a traveling, mixed-media exhibition about astronomy and space – and something along those lines did eventually materialize.

From DaVinci to Stargazer

In 2020, a relative newcomer to the field, Sensea Immersive (based in Vancouver and Mexico City), a division of a Florence-based company, Crossmedia, opened “The DaVinci Experience” in a 13,000 sq. ft., empty retail space at Tsawwassen Mills in suburban Vancouver.  The show was divided into three distinct sections, an introductory room with clever 3-D models of Leonardo DaVinci’s various experiments and inventions, a sit-down “in between” video, then a third room intended as the “wow” finale.  There were a dozen or so large video screens with constantly evolving imagery evocative of the genius at work – reinforcing and reminding us of images we have already carried around in our individual and collective minds for a long time.

After a year (albeit during COVID time) it seems the DaVinci show had run its course, and the Sensea folks (Gabriel Perez in Mexico and Mick Kelly in Vancouver) began thinking what else could be done with the same property. They had a two-year lease on the big space, so something had to be done. Someone thought to call the local planetarium, H.R. MacMillan Space Centre… and its education director, Lisa McIntosh was delegated the responsibility of working with Sensea and a production partner, GO2 Productions. In a remarkably short period of time (about eight weeks) the AV contents of the DaVinci show were re-purposed, utilizing the same format and set-up, and Presto! A Space show, “STARGAZER.” They were able to refresh the content with a minimum of reconfiguration, slotting in space and astro-imagery without extensive re-jigging the format, projector positioning or screens set-up.

Notes from our visit

I went through the STARGAZER space show with a genuine star-gazer friend, amateur astronomer and well-known local musician/ planetarium laserist, Craig McCaw. Unlike myself, he had not attended the DaVinci Experience, so came at this new show with fresher eyes than mine. He was particularly taken with the intermediate room, where there was a NASA film on a 14-minute cycle, explaining Project Artemis… with a poetic time-lapse of lunar phases – that featured close-up shadow effects of lunar craters, accompanied by Debussy’s Claire de Lune. Here, the installation betrays some acoustical challenges that are something all exhibit designers should keep in mind when repurposing retail spaces.

In the room with the “big show” is a parade of imagery depicting the moons of the solar system. A tour of the solar system and beyond completes that experience, with a good soundtrack. I looked in vain for the composer/ assembler; unfortunately there were no personal credits anywhere.

There is an overall sense of serious purpose in the show… although there is a brief sequence where one of the members of the solar system turns out to be the red Tesla Roadster car that is now permanently orbiting the sun! The tumbling car was shown against a starry backdrop, but the comic-book style purple atmospherics gave rise to an age-old debate about scientific accuracy versus poetic and artistic license. A debate, of course, that shall likely never be resolved.

In subsequent conversation with the principals involved in this enterprise, Lisa McIntosh, Gabriel Perez and Mick Kelly, it was clear that no one is completely satisfied with the end result. However, Perez and Kelly are dealing with this inconvenient suburban location as their “test kitchen” – and they, along with the planetarium folks, have plans to continue tweaking and adding (mainly artifacts and models) to the show – presumably to bring it up to the level where everyone will feel comfortable seeking new global locations for staging STARGAZER. Kudos to the creative team for embarking on such an immense topic.

How long will it be before others grab on to the idea – and we begin to see a proliferation of immersive space and astronomy travelling exhibitions? 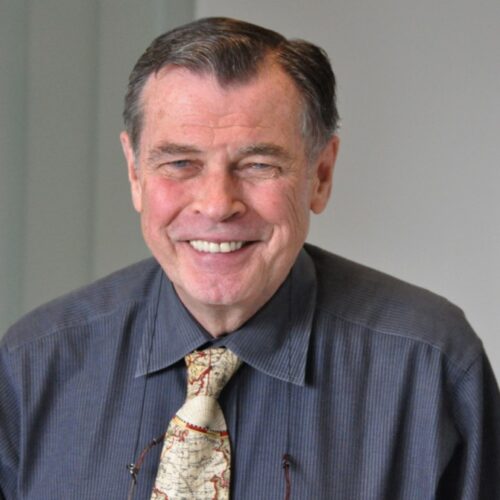