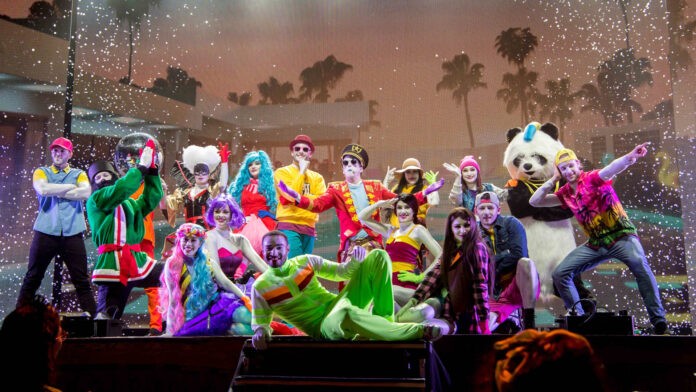 International experience design and production firm Storyland Studios announced a partnership with leading video game publisher Ubisoft to develop a new generation of tech-enabled, in-person themed entertainment experiences. The agreement puts Storyland at the helm of designing two multi-brand themed entertainment offerings based on Ubisoft’s game worlds, for fans and families across the world to enjoy.

A global leader in interactive entertainment, Ubisoft is the creator of iconic properties such as Assassin’s Creed, Just Dance, Prince of Persia, Rabbids and the Tom Clancy’s video game series, to name a few. Over the past several years, the company has expanded beyond video games into film, television, consumer products and themed entertainment.

“Ubisoft’s stories and characters are iconic and globally recognizable,” said Ben Thompson, Chief Strategy Officer and Head of Global Clients at Storyland Studios. “The settings within Ubisoft’s game worlds are a perfect tapestry for physical world creation — whether historic, real life, city-based, under the ocean or on a different planet. For an experience designer like Storyland, it’s an incredibly exciting sandbox to play in. We’re thrilled to have been entrusted with this opportunity.”

“We are impressed with Storyland’s expertise in themed entertainment and their three-dimensional story development approach,” said Mathilde Bresson, Location-Based Entertainment Manager at Ubisoft. “Video games and themed parks have a lot more in common than we think. We are excited to join forces with Storyland to continue exploring the potential for synergies and design immersive, innovative and unforgettable experiences based on our catalog of worlds.”

Storyland will be developing themed entertainment concepts capable of being realized in multiple locations around the world, including a full-scale Ubisoft theme park and a 2-to-3-hour indoor attraction. Both Ubisoft concepts will be predominantly indoor with outdoor elements. The Storyland team expects to start presenting the concepts at the upcoming IAAPA Expo in Nov. 2021.

Video games have become a juggernaut within the entertainment industry and are predicted to surpass $200 billion in annual revenue by 2023. Console and PC gaming expect around a 6.8 percent revenue increase by 2025, with about 44 percent of American video gamers choosing these outlets to play.

“The team is ready to dive in,” said Blake Ryan, President and CEO of Storyland Studios. “As a firm that has embraced and championed innovation for more than two decades, we’re really excited to partner with Ubisoft to continue that future-forward innovation.”

To enable the fullest possible realization of interactive gameplay within a themed entertainment environment, Storyland will be partnering with award-winning interactive technology firm Alterface, a developer of dark rides, interactive theatre and interactive walkthroughs.