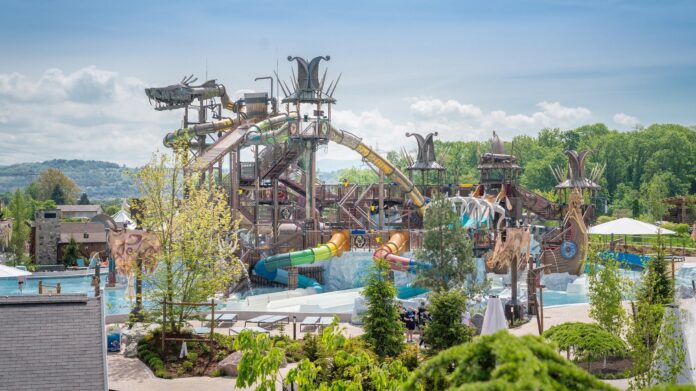 ProSlide Technology Inc. is behind the custom RideHOUSE installation, Svalgurok, at Europa-Park’s Rulantica.

Rulantica’s RideHOUSE is located outdoors and customized by ProSlide with sea creatures that seamlessly integrate into the park’s mythologically inspired Scandinavian theming.

“Guests can’t stop talking about Svalgurok,” said Europa-Park owner Roland Mack. “From the rides to the design, to the theming and everything else, the RideHOUSE blows their expectations out of the water in every single way.”

Svalgurok features a massive, interactive robotic theming element. Precise engineering enables the head on Svalgur — the giant sea serpent — to move and spray up to 200 gallons of water per minute from four nozzles inside its mouth. The scene outside at Rulantica depicts an awe-inspiring aquatic battle between the sea serpent Svalgur and a giant octopus — which actually is a themed ProSlide Continuous BodyBOWL — with massive tentacles encircling the RideHOUSE. A tunnel — appearing to be made from whale bones — serves as a bridge between sections and even more subtle aspects like guardrails include immersive details, like hand-carved Viking shields and wood planks, to cement the fantasy experience as fully realized.

Liseberg to establish its own cooking academy in 2023